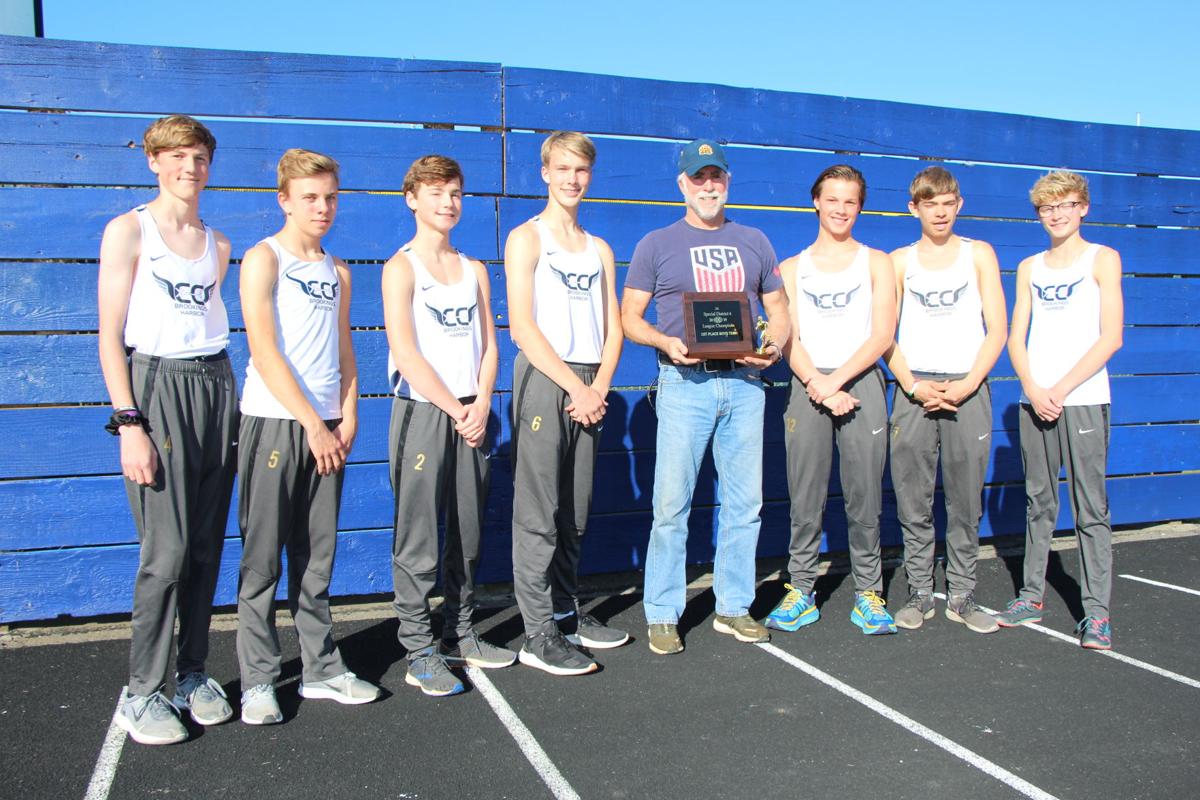 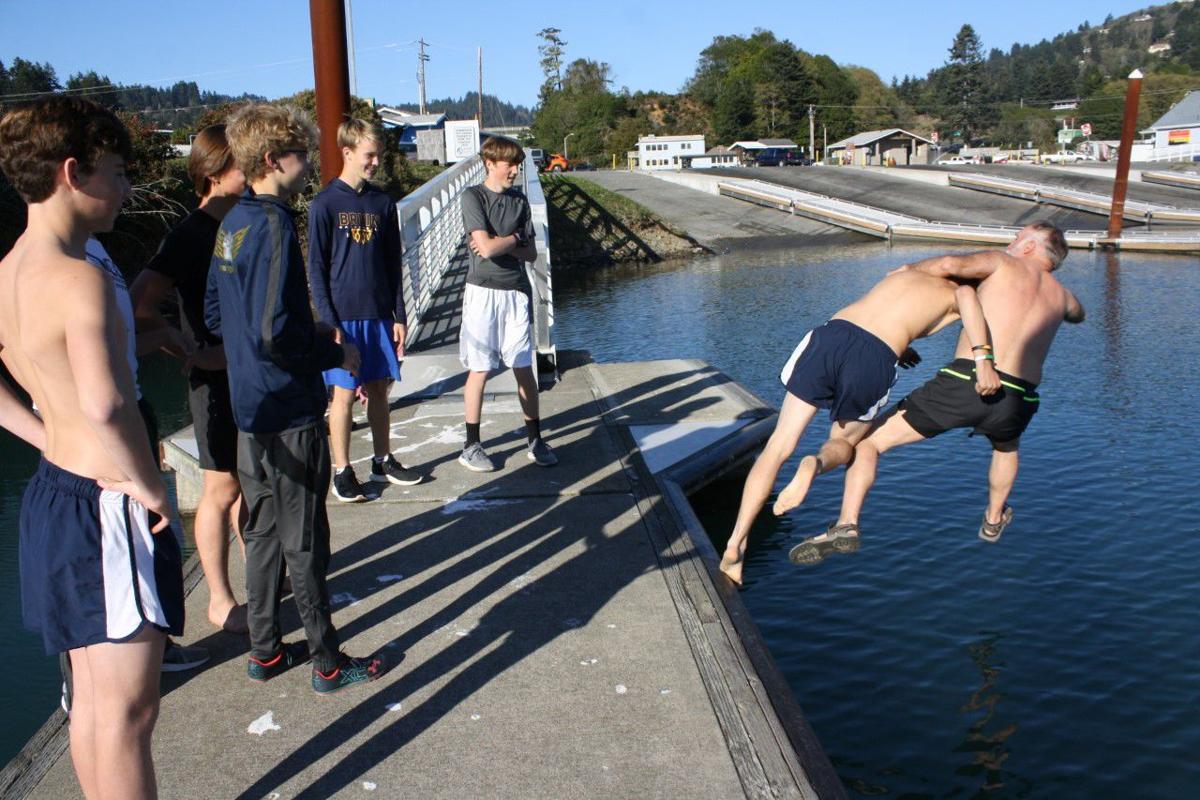 Brookings-Harbor High School cross-country coach Terry Axel grabbed a towel and wiped the salty seawater from his face, while his young charges snickered.

He didn't seem to mind. A bet is a bet, after all.

Last week at Lane Community College in Eugene, his Bruin runners were up to their shoelaces in competition from Creswell High School, which was putting on quite a show. Most of that school’s XC runners had moved to populating the front of their pack.

Axel clutched an air horn in his hand. He wondered, if after earlier losing one of his top runners to an injury from a car accident, if his team had enough in the tank to make a move on the leaders.

Always the motivator, the veteran coach had pulled out all stops prior to the starter’s gun. "I'm going to blow this horn,” he had told his team, “and when I do, I want you guys to MOVE at the same time and take out the man in front of you!"

With the gauntlet laid down, Brookings was eager to repeat as defending district champion. Creswell and Brookings hadn't seen each other in action until now. As the runners approached the final portion of the course, Brookings standout Kaleb Barnes was in the lead, where he’d been for the entire race.

Axel was impressed. "Kaleb went out hard and ran away from everyone."

Barnes would finish first, touring the 5k route in 17:08.

As his teammates neared the finale, Axel sounded his horn and, indeed, his Bruins found another gear - surprising Creswell and winning Brookings’ back-to-back title.

The Bruins took first as a team with 46 points, Creswell was second at 60, Cascade Christian at 62, and St Mary's at 66.

Brookings had qualified as a team to run at the state meet at Lane Community College this Saturday.

Axel subsequently lobbied his team to allow his dive into the water off Harris Beach, rather than the murky lake near Eugene, and they agreed.

He made good on his promise. Whatever it takes to win.

Follow the Brookings-High School Cross Country team at State here online and in the print editions of The Pilot.