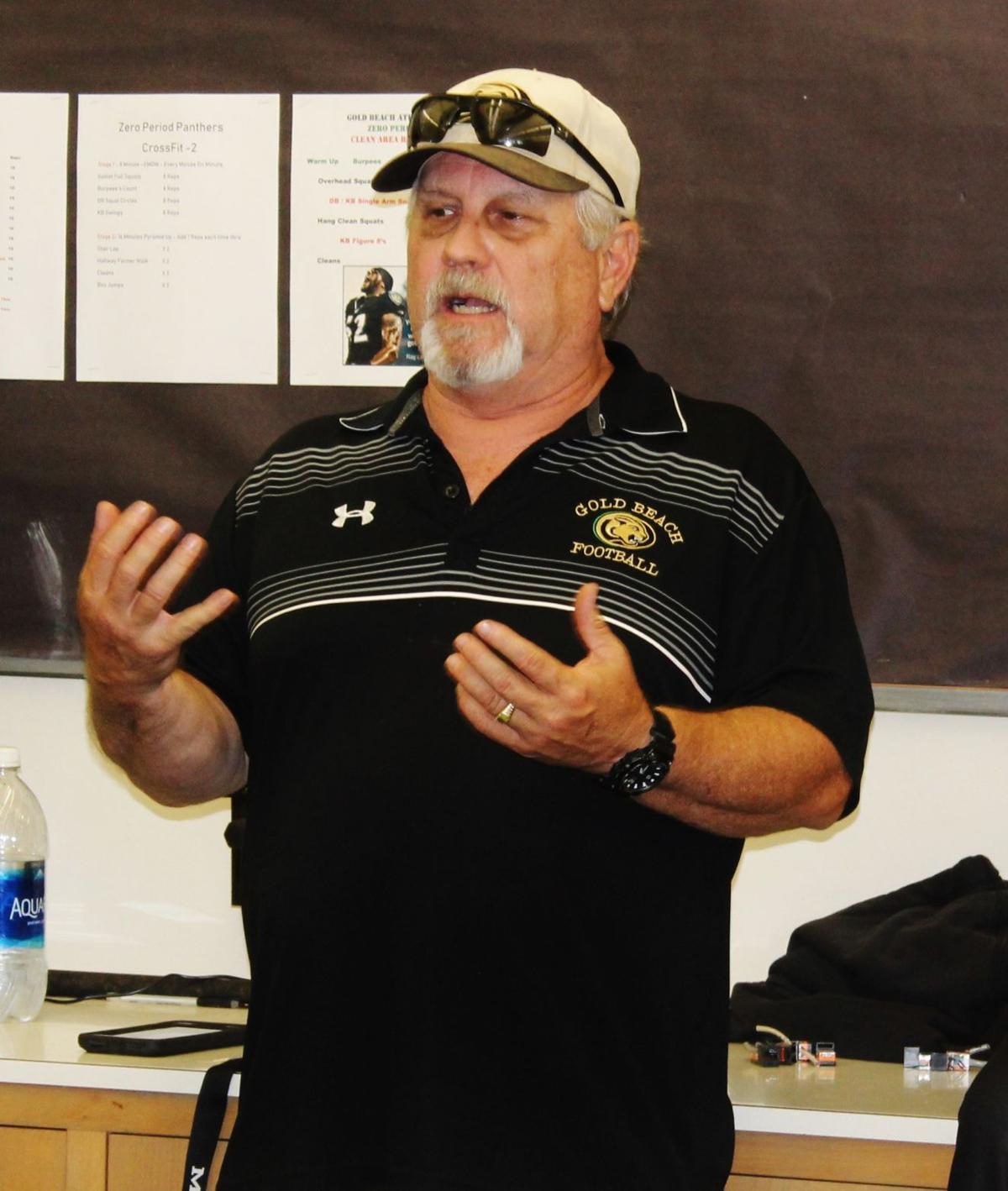 During a practice session, Gold Beach High School head coach Kevin Swift challenges his team to strive to be their best. 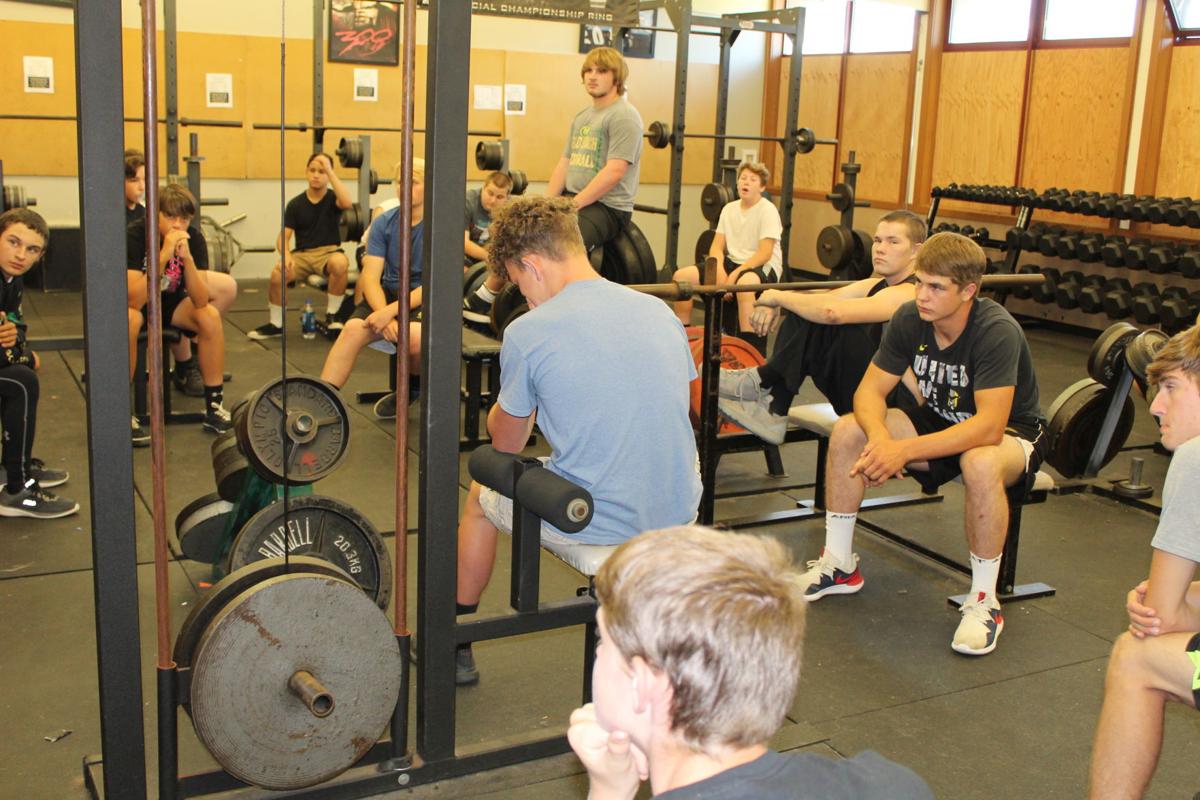 During a practice session, Gold Beach High School head coach Kevin Swift challenges his team to strive to be their best.

For the last two months, Kevin Swift hadn’t had much to smile about. The number of athletes who had said they’d come out for the varsity team had dwindled from 20 in May to just five by July. It appeared the Panthers would not be able to field a football team for the first time in school history.

Then, when all seemed lost, things got much better.

Swift had spent a week ringing up Division 1A high schools in a last-ditch effort to arrange for six games of eight-man football. But that was an exercise in futility, which resulted in one lone game. Everyone had booked their opponents long ago.

Then, smiled Swift, “A miracle happened.” One by one, the Gold Beach players who earlier had expressed interest all said they’d come back.

“I want to thank The Pilot for bringing awareness to our plight,” Swift said. “I think it helped.” He said the timing of a front-page story that appeared in the region’s newspaper seemed to motivate the town and the students.

“I said to (the students), ‘Do you want to be the first class not to have football here?’”

Ultimately, 22 players showed up to play. Addressing them in the high school’s weight room, the long-time coach didn’t cut them any slack. “Where’s my winless baseball players?” asked Swift, who doubles as the school’s athletic director.

A few hesitant hands went up.

“Do you know WHY you were winless? It’s because you don’t have enough muscle to throw the ball from third base to first base without the ball bouncing off the infield once!” His assistant coaches chuckled, along with a sheepish grin or two from the targeted players.

“In fact, you are a bunch of pencil-necked geeks. Today, that changes in this weight room. (The weight room) is your best friend, If you want to win, and that is entirely up to you, then it starts and ends here.”

Later, when his players were out of earshot, Swift admitted he shouldn’t get the credit for enough team members showing up to play. Rather, the students deserved that honor.

“Look, they wanted it to happen and took the steps to make it so. They are the heroes, not me.”

With its newly resurrected football season on firm footing, the plan is for Gold Beach to participate in a three-team jamboree, wearing pads and helmets, next week. They’ll open previously scheduled preseason play against Brookings at Elmer Bankus Field on Sept. 6.

Brookings head football coach Shaun Bavaro said he’s happy for both Gold Beach and his team. Now, Brookings won’t have a hole in its own schedule.

Long-time Gold Beach resident Terry Timeus remembers when Gold Beach football first got its start. “I was a (high school) junior, in 1956, when we had our first team”

His grandson, Landen, will follow his father and grandfather onto the gridiron. Timeus said he’s not at all sorry to cut his hunting season short to watch the young man’s games.

“I’m glad (football) is going to be around this fall,” Timeus said. “This community is a football town. Always has been, always will be.”