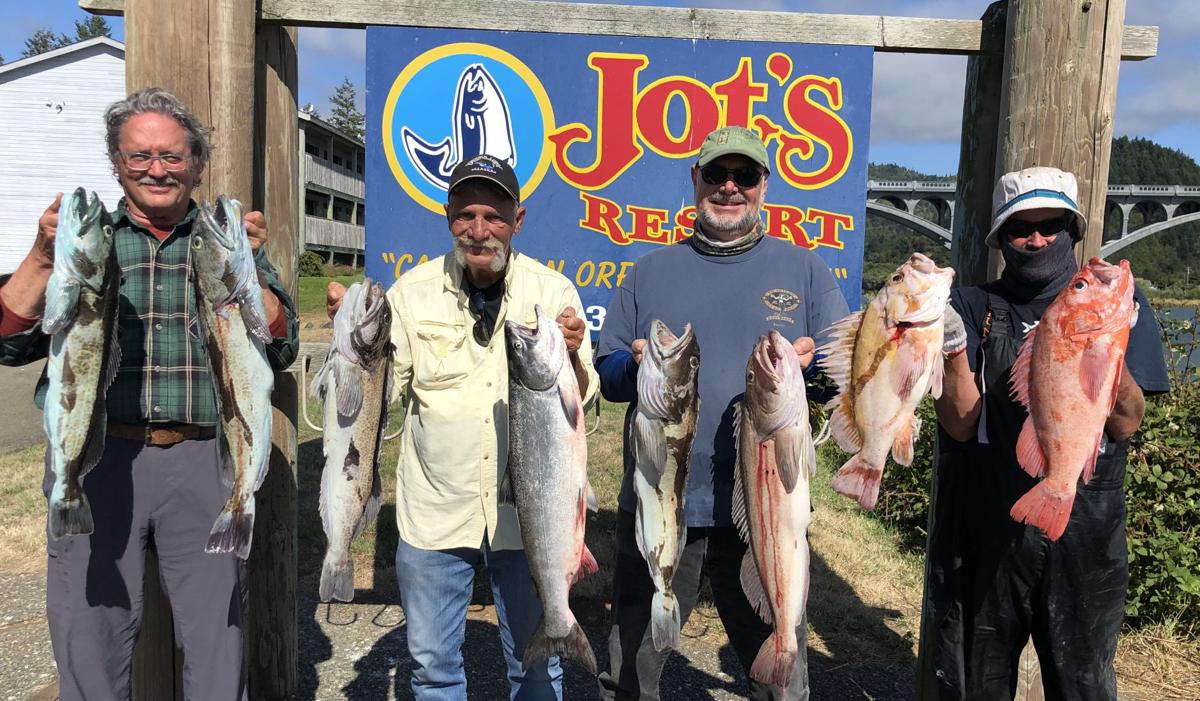 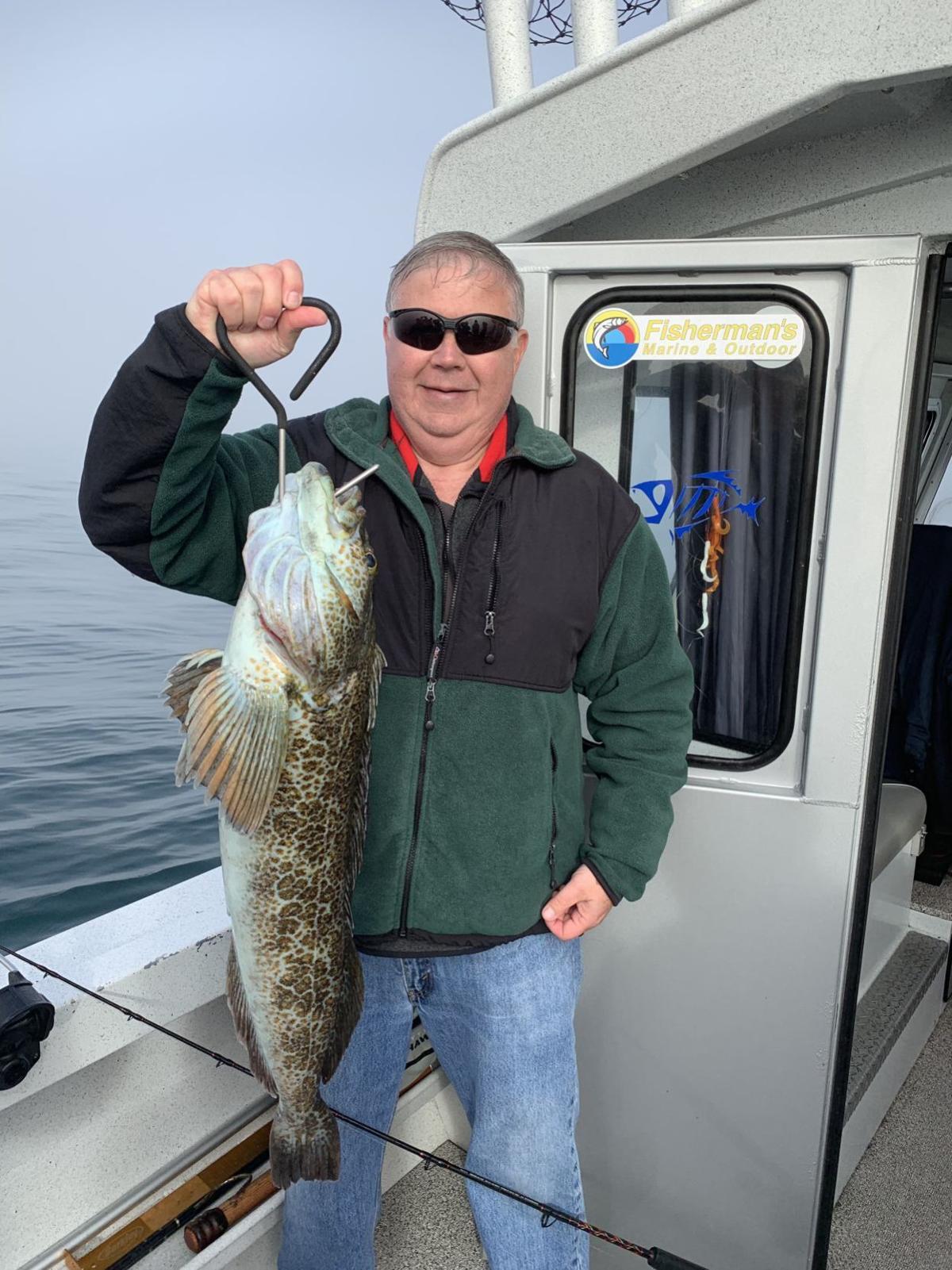 Jeff Kimball of Seattle holds a 15-pound lingcod caught Thursday at Mack Arch while fishing aboard the Miss Brooke of Brookings Fishing Charters. 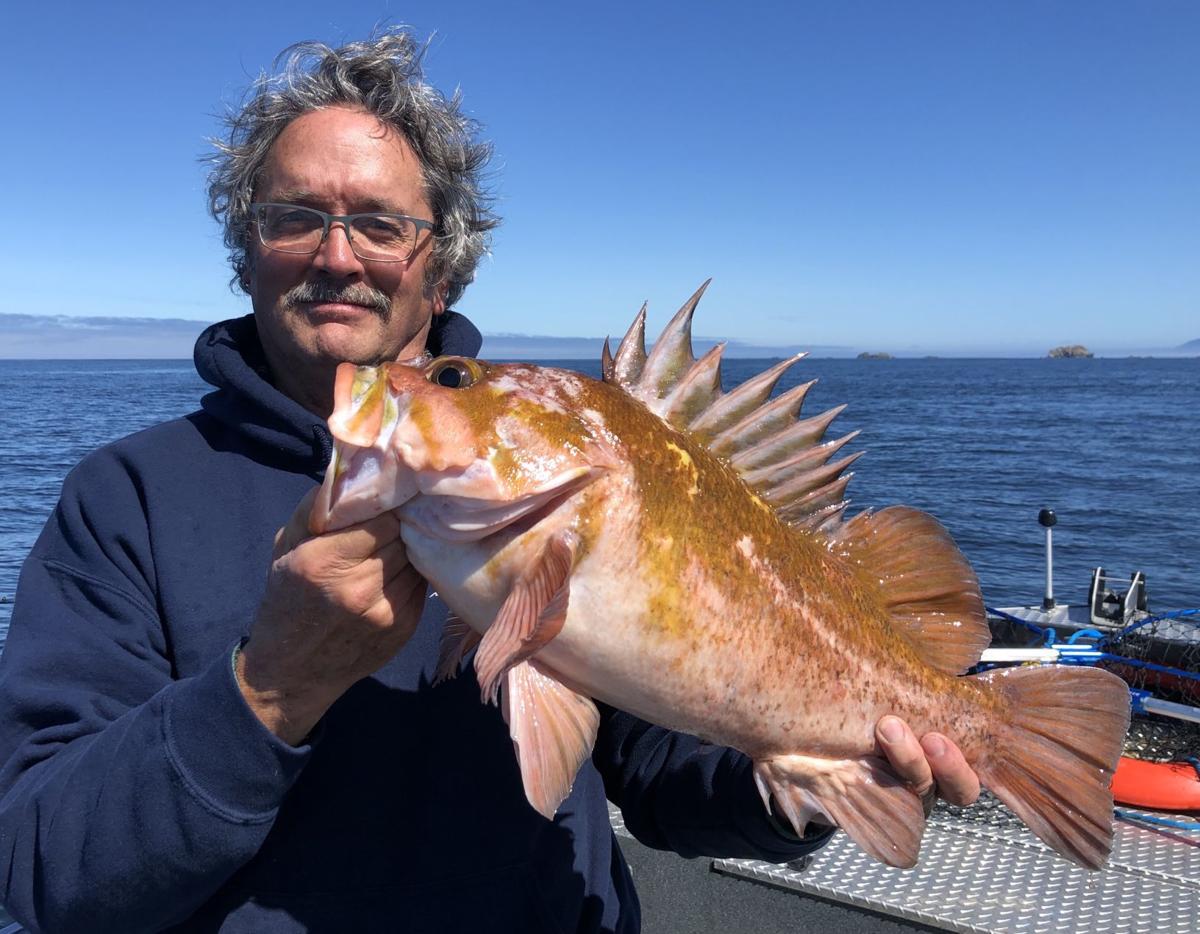 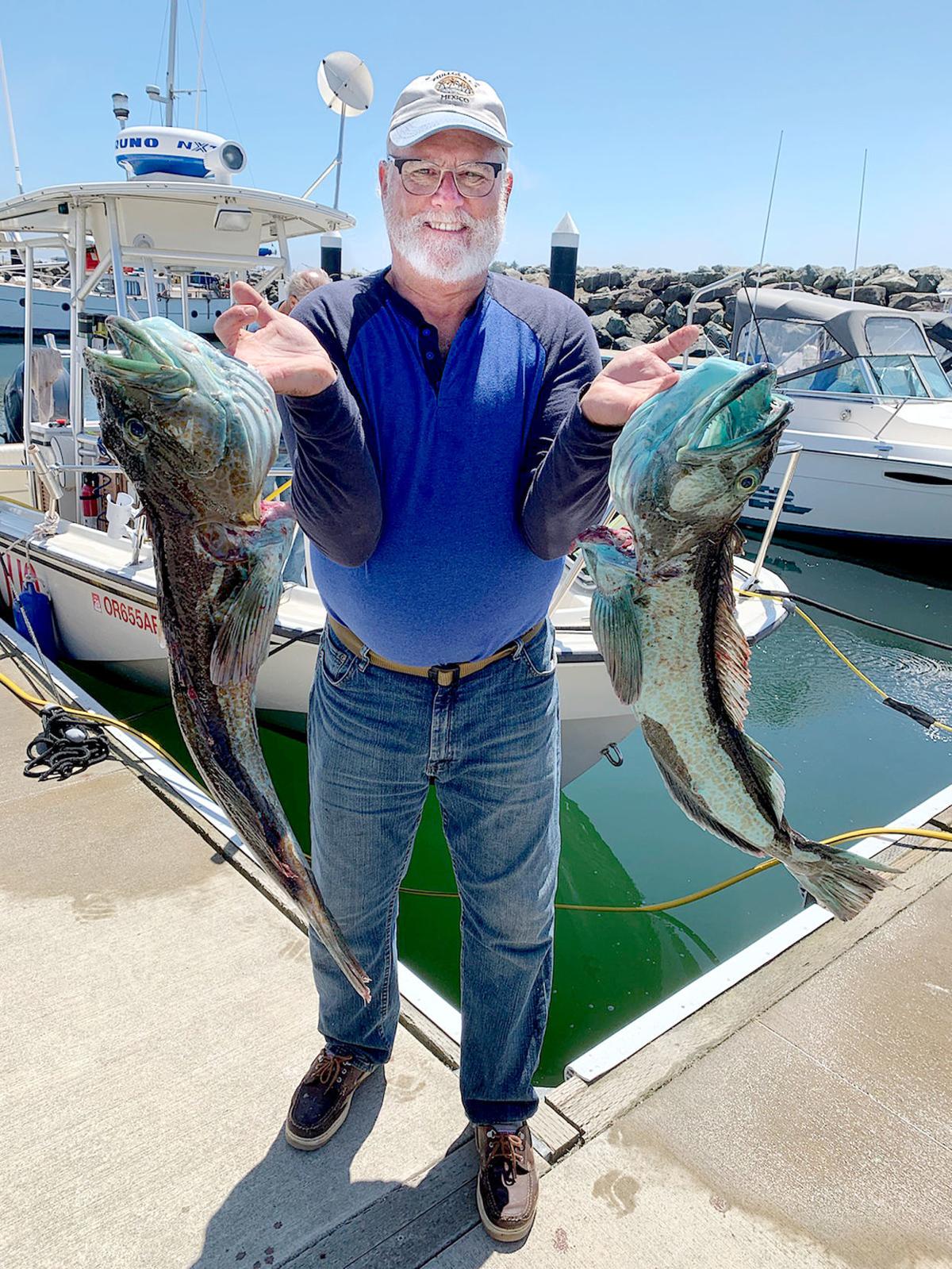 Rod Eck holds up a pair of lingcod that he hauled in on Thursday while fishing out of Crescent City with Capt. Jim Mitchell of Gotcha Hooked Fish Trips.

Jeff Kimball of Seattle holds a 15-pound lingcod caught Thursday at Mack Arch while fishing aboard the Miss Brooke of Brookings Fishing Charters.

Rod Eck holds up a pair of lingcod that he hauled in on Thursday while fishing out of Crescent City with Capt. Jim Mitchell of Gotcha Hooked Fish Trips.

There are lots of options for anglers on the ocean on the Wild Rivers Coast.

It has been another good week for bottomfishing with sport fishermen hauling in lots of rockfish and lingcod from Gold Beach all the way south to Crescent City. There have still been some salmon caught on the ocean in Brookings, while the Pacific halibut and California halibut are biting south of the California-Oregon Border.

Further out to sea, sport anglers caught the first tuna of the summer out of Crescent City this week, providing yet another fishing option.

With a flat ocean and slow drift, sportfishermen have been hauling in lots of bottomfish throughout the week. Anglers in Oregon were able to catch their customary limits of rockfish out of both Brookings and Gold Beach, while the lingcod bite has also improved as the fish move back in closer to shore.

Out of Crescent City the bottomfishing has remained fairly strong over the last few weeks, and lots of fishermen took advantage of the good conditions to catch limits of black snappers along with lots of coppers and other various species to help fill out their bag limit. The lingcod has also remained strong in Northern California where Englund Marine Supply Company weighted in a new leader for its Biggest Lingcod competition. Patrick Clemence is now in first place in the competition after weighing in a 30.5 pound lingcod on Tuesday.

Meanwhile, there has also been lots of Pacific halibut caught out of Crescent City throughout the week, although the salmon fishing has remained slow. Jim Mitchell of Gotcha Hooked Fish Trips said he is seeing all of the signs that generally herald the arrival of salmon, such as bait, dolphins and whales, but the salmon still haven’t seemed to show up yet in significant numbers.

The salmon fishing is still fair out of Brookings, said Andy Martin of Wild Rivers Fishing, with several salmon caught in close to the harbor this week.

Anglers trolling anchovies on South Beach have also continued to catch lots of California halibut throughout the week close to shore.

Reports of tuna caught out of Crescent City also came in this week for the first time all season. Martin said that anglers went out in search of tuna from Brookings as well, but he hadn’t heard how they did as of Thursday afternoon.

The Lower Klamath River is still producing salmon this week, although it is still a little bit hit-or-miss. With a one fish daily bag limit some anglers were able to fill their quota, while others have been left empty handed.

Martin said the salmon bite in the Rogue Bay seems to have dropped off a little bit for most of the week, although there was a slight resurgence on Thursday.