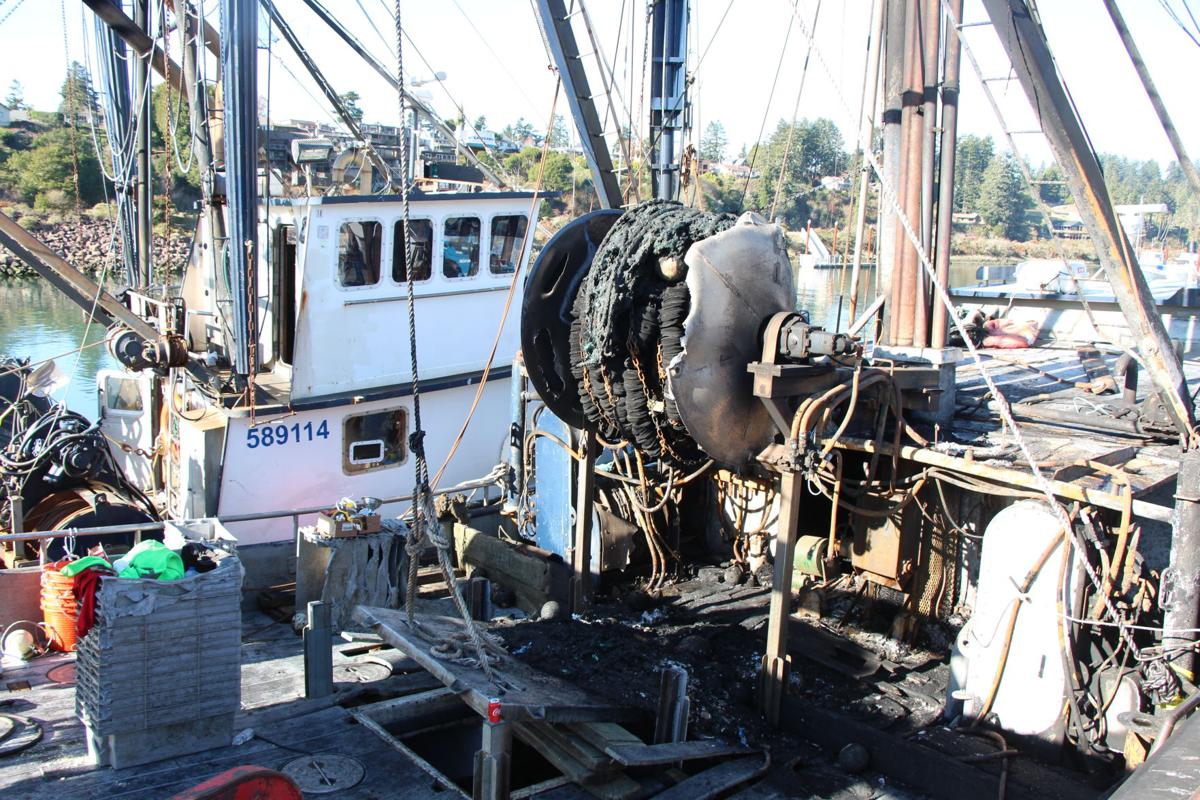 Investigators believe the fire originated in this area of the vessel. 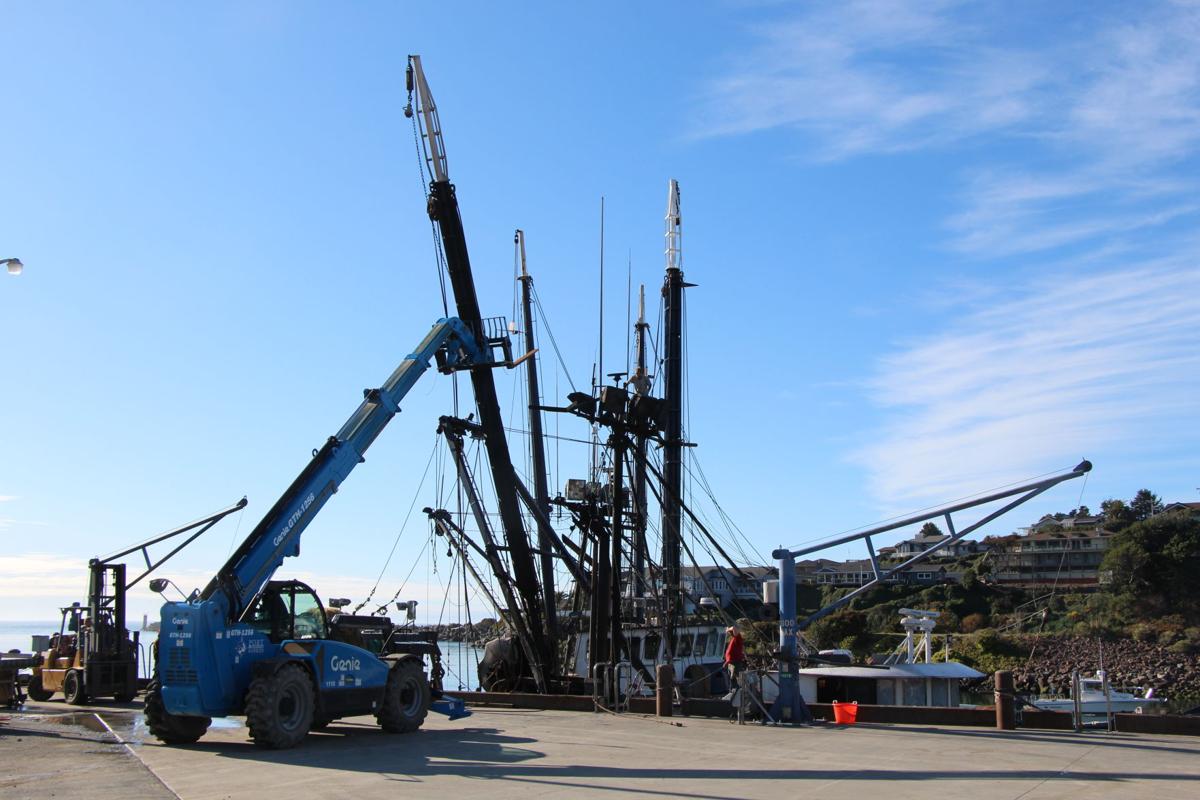 Following the fire, crews removed large portions of the boat’s rigging to allow it to be towed to a repair yard.

Investigators believe the fire originated in this area of the vessel.

Following the fire, crews removed large portions of the boat’s rigging to allow it to be towed to a repair yard.

Investigators said they have yet to find the precise cause of a Brookings Harbor fire Monday morning that heavily damaged the Miss Pacific, an 85-foot commercial fishing vessel.

“The cause is undetermined,” Harbor Fire Interim Chief Thomas Sorrentino told The Pilot. “We believe it could be an electrical issue.

“The fire started on the port-side rear of the cabin and went out the back to the stern of the boat, which caught the net reel on fire.”

Sorrentino could not estimate the financial damages to the vessel.

Harbor Fire received the 911 report of a boat on fire at the dock at about 10 a.m. Monday. “When we arrived on-scene, we could see heavy smoke showing from the boat,” said Harbor Fire District Assistant Chief Joshua Frame.

Sorrentino said adjacent boat operators helped move equipment, making room for fire crews to lay hoses along the dock to the blaze. “That was very helpful,” he said. “It reduced the time to put that fire out.”

Sorrentino said crews laid approximately 1,500 feet of supply lines from the adjacent harbor hydrant to the trucks. Another 600 feet of lines were laid to the burning boat from the firetrucks.

Brookings Fire & Rescue, and the Gold Beach and Smith River fire departments, also joined the effort. In all, there were 25 firefighters at the dock plus the two Coast Guard boat crews on the water.

Sorrento said a member of the Gold Beach Fire Department was part of that department’s water rescue team and also was utilized in the water for any needed rescue.

“Anything burning like that on water is a challenge,” he said. “There are more safety concerns, such as the boating sinking and firefighters falling off the decks into the water.”

Sorrento credited the all-out effort by those involved. “I can’t overstress the teamwork between agencies and the fishermen that were down on the dock,” he said. “It made it so that the boat did not burn down to the water level.”

According to commercial fisherman James Day, the Miss Pacific is owned by Pacific Choice Seafood and operated by Randy Wenbourne.

The boat is registered as a commercial fishing vessel.

Following a destructive fire on board, crews have towed the Miss Pacific to a repair facility in Newport.