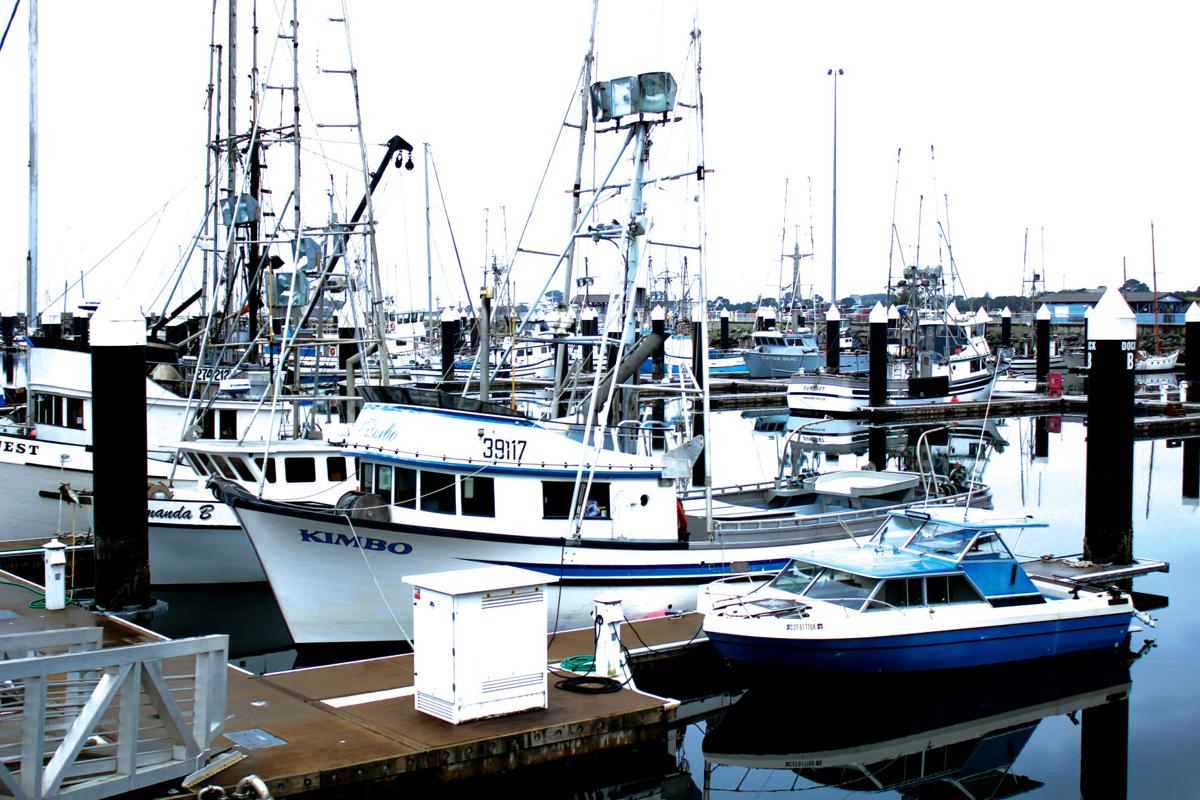 Boats float next to the docks in Crescent City before setting off for another fishing expedition. 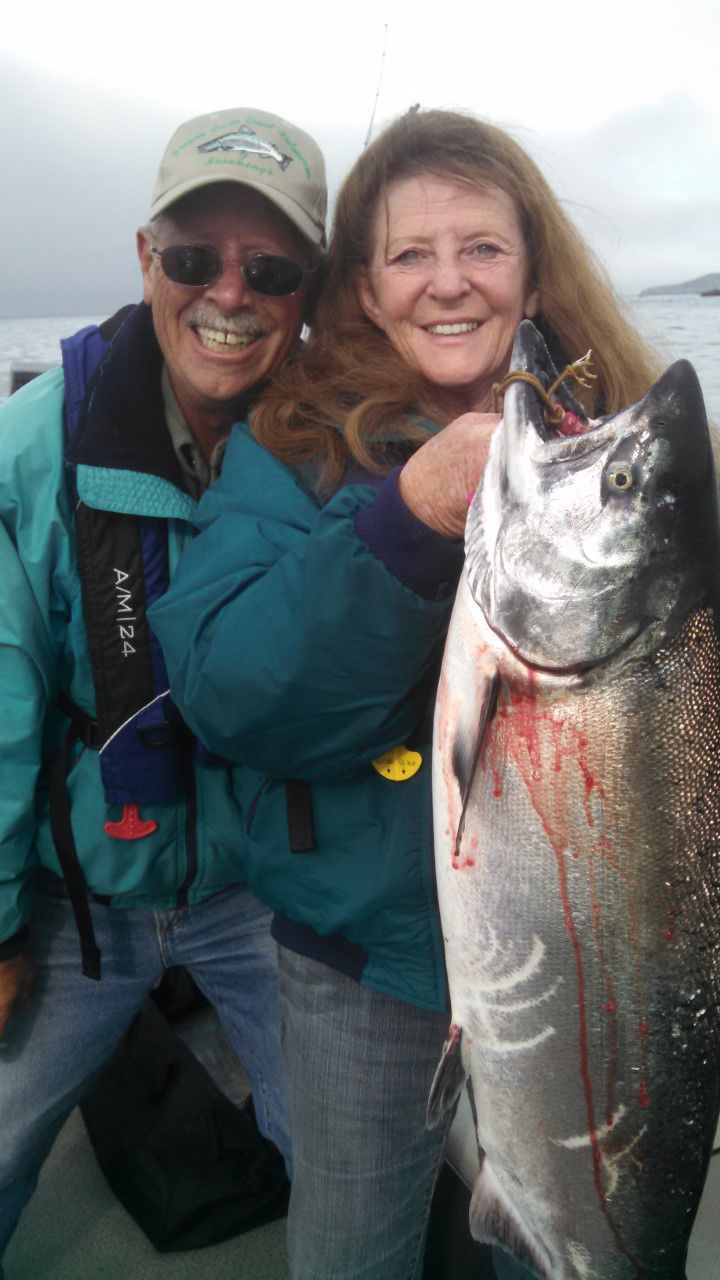 During a good run, the salmon catch along the southern Oregon coast can be profitable.

Boats float next to the docks in Crescent City before setting off for another fishing expedition.

During a good run, the salmon catch along the southern Oregon coast can be profitable.

For any number of reasons, California is experiencing a banner salmon fishing season.

In Oregon, not so much.

“It’s terrible,” Gold Beach-based Five Star Charter’s Mark Lottis said. “There are no fish. I think they all got caught down south before they got up here.”

“People booked charters based on that forecast and last year’s fishing success,” Lottis said. “They booked a year ago and early this spring, so they made a commitment to come, and they were disappointed like everybody else.”

He said he also believes fishing restrictions were eased - and the salmon season allowed to begin earlier than normal - in California, with a corresponding impact on Oregon’s salmon season.

Southern Oregon coast fisherman Dave Delonge said the cutoff of the commercial Pacific Ocean herring season in California, as well as warmer waters in Oregon, have influenced Oregon salmon fishing this summer. “The Pacific herring is one of the main feeding sources for salmon, so when the commercial season was cut off, it produced thick patches of the herring that allowed the salmon to feed in the California bays,” Delonge said.

“Also, the ocean water off the Oregon coast has been in the mid-60s. The salmon can’t survive in such (warm) temperatures.”

Oregon Fish and Wildlife Department spokesperson Michelle Dennehy said several Chinook salmon forecasts for 2019 were substantially improved over poor returns in 2016-2018 - but none were particularly high, when compared to the years prior to 2016’s downturn.

“Oregon ocean Chinook fishing is heavily reliant on stocks from California, in particular fall Chinook stocks from the Klamath River and Sacramento River Basin,” she said. “These stocks make up the vast majority of our ocean catch of Chinook.

“Both of these stocks were forecast to be improved this year, relative to very poor recent years, including 2017, when the south coast of Oregon was closed for salmon due to depressed Klamath and Sacramento Chinook runs.”

Dennehy declared that restrictions or limitations in 2019 in fact were not eased in California, and there was not an early salmon season opening there.

Seasons from 2016-2018 in California and Oregon had been more restrictive than normal, Dennehy said, in response to the depressed status of Klamath and Sacramento stocks. Thus, fisheries in 2019 are similar to “normal” years in both states, she said. While some may have opened earlier than they did in 2018, for example, it’s because 2018 was more restricted than normal, not because 2019 is less restricted.

“Catches in California have been significantly better than expected,” acknowledged Dennehy. “However, most of those high catches have been in the more-southern portions of the California fisheries.

“It appears that fish from the Sacramento Basin, in particular, have stayed closer to their home river than we’d normally expect, and that increased the density of fish in these areas, driving a higher catch.

“It is also entirely possible that there are more Sacramento Chinook than were forecast.”

Dennehy said there’s no evidence that increased catches in the southern areas of the California fishery are unusually affecting Rogue or other Oregon stocks, nor abnormally affecting their migrations.

“Rogue Chinook normally are encountered off of Oregon and the more northerly portions of California, where catches have also remained poor,” she said.

“The normal migration pattern for the Sacramento fish is to be off Oregon through the middle of the season (the summer and into August), and to be in California later in the season (September and October) as they approach their home rivers.”

She said what appears to be happening this year is that the Sacramento fish either didn’t come up into Oregon, as they usually do, or if they did, they migrated back down earlier than usual.

“We’ve seen some very abnormal ocean conditions over the last several years and these anomalies may be continuing to have an effect,” said Dennehy. “But we don’t know in detail what is driving the distribution change for Sacramento fish this year.”

She pointed out that salmon are a natural resource that behave according to their own biological responses to their environment. “This includes events, such as we seem to be seeing this year, with Sacramento Chinook appearing to have stayed ‘closer to home’ than normal.

“It also includes periods of low returns, like we saw in 2016-2018 for these California stocks.

“As managers of the fisheries, we cannot control these kinds of biological responses, and we often can’t predict their occurrence either.”

Following the salmon to central California

Fishermen along the California coast boasted boatloads of prized salmon during this year’s season, which reportedly has been one of the better…