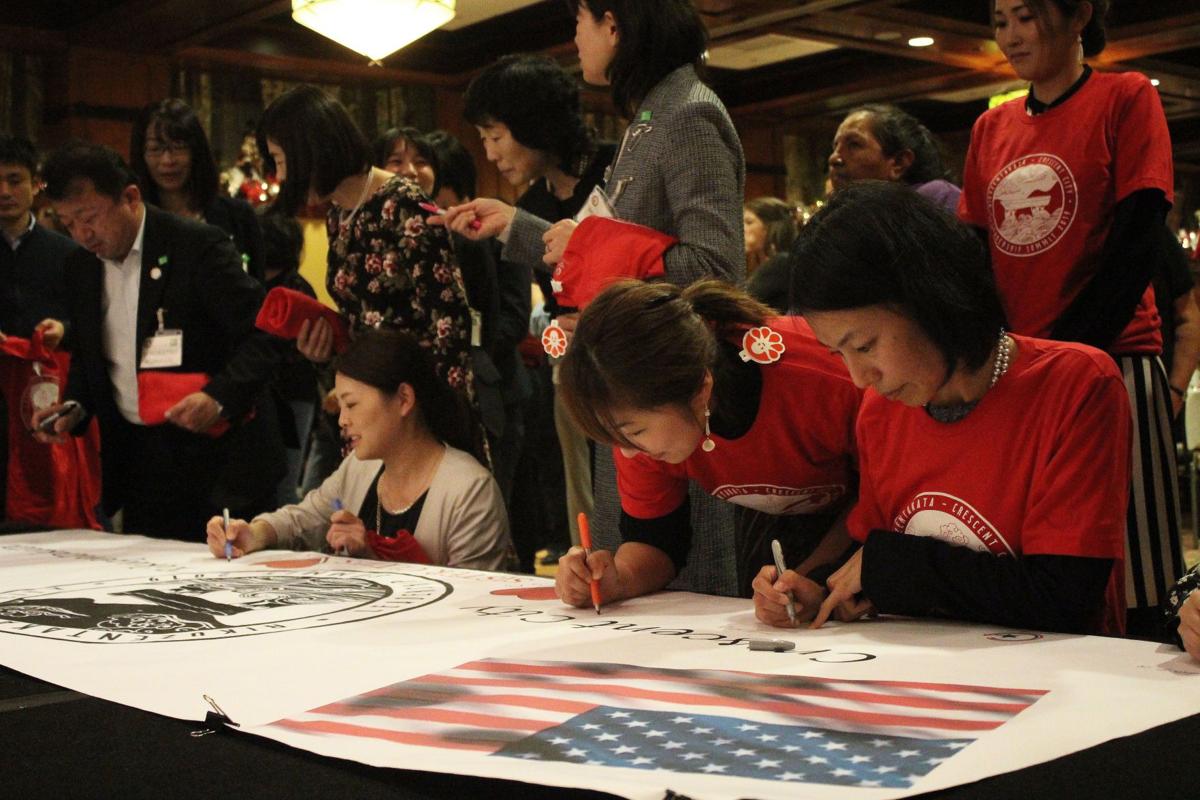 Delegates sign the two cities’ relationship logo banner for a memento of their visit. 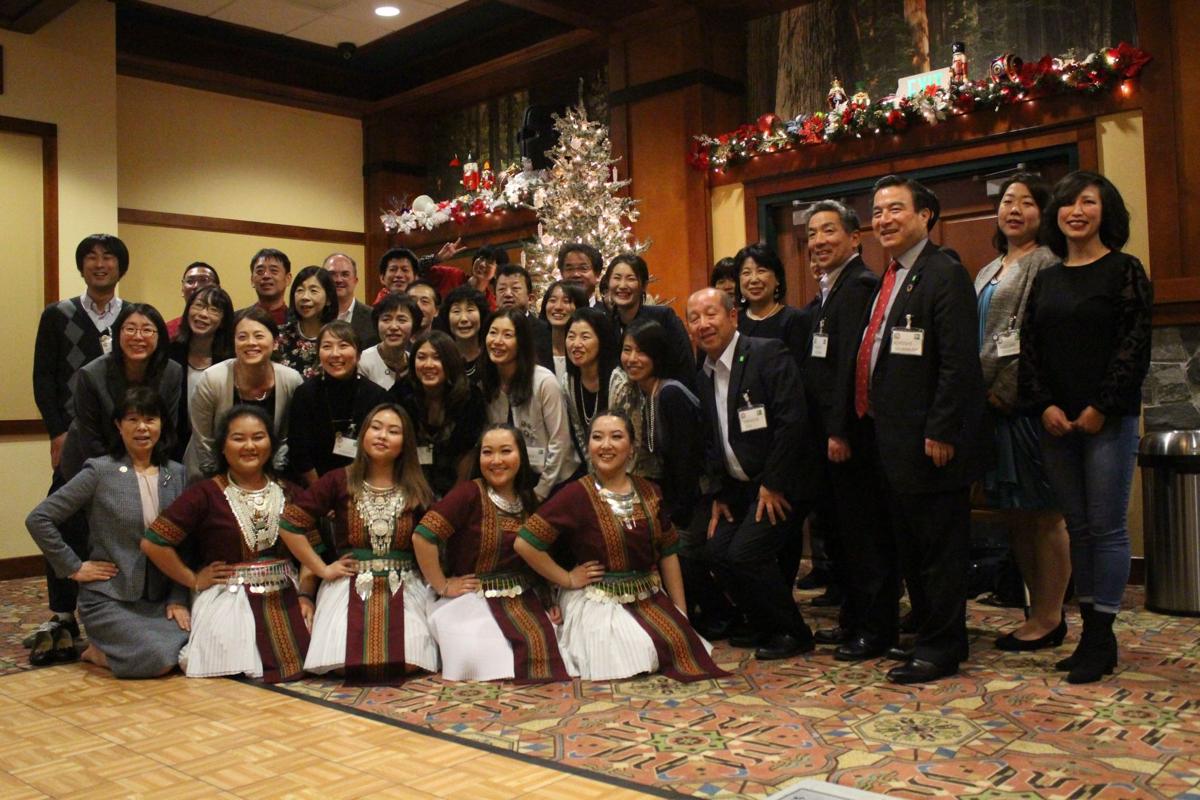 Japanese delegates pose with the Crescent City Hmong dancers at a closing reception in Smith River.

Delegates sign the two cities’ relationship logo banner for a memento of their visit.

Japanese delegates pose with the Crescent City Hmong dancers at a closing reception in Smith River.

The two cities developed a friendship in 2013 after Del Norte High School students returned a boat to Rikuzentakata’s high school students that had washed up on Crescent City’s shore following a 2011 tsunami in Japan.

Six years later, that relationship has grown into a collaborative sharing of cultures, traditions and resources.

The delegates from Japan arrived in Crescent City last Sunday to be greeted by a crowd of local officials, educators and host families.

“Everything is a highlight… All of the things planned in the programs, so amazing. A lot of people cared, you know, and even from starting from the beginning. So many people showed up at the airport welcoming us,” said Kiyoshi Murakami, a special representative of the mayor of Rikuzentakata.

During this past week, the delegates split into three groups. One group attended women’s leadership and empowerment workshops. Another group visited schools and learned about all-inclusive school programs.

The delegates were particularly eager to learn about the Multi-Tier System of Supports, which is a system that the schools use for providing assistance to struggling students. Among the Japanese delegates were seven school principals from Rikuzentakata.

One of the highlights of the sister-city relationship is the impact it can have on the youth, said Crescent City Manager Eric Wier. Students from both cities have had the opportunity to exchange visits and stay with host families.

“For me, it’s the opportunities this creates for our youth to be able to experience something like this, to have these cultural opportunities to go abroad, experience the world and just have that sister-city relationship,” Wier said.

The delegates’ visit concluded with a dinner and reception at the Tolowa Event Center, where guests enjoyed a traditional Christmas feast, a performance by the Crescent City Hmong dancers, gift giving, and a presentation and dance by Tolowa Dee-ni’ Nation tribal members.