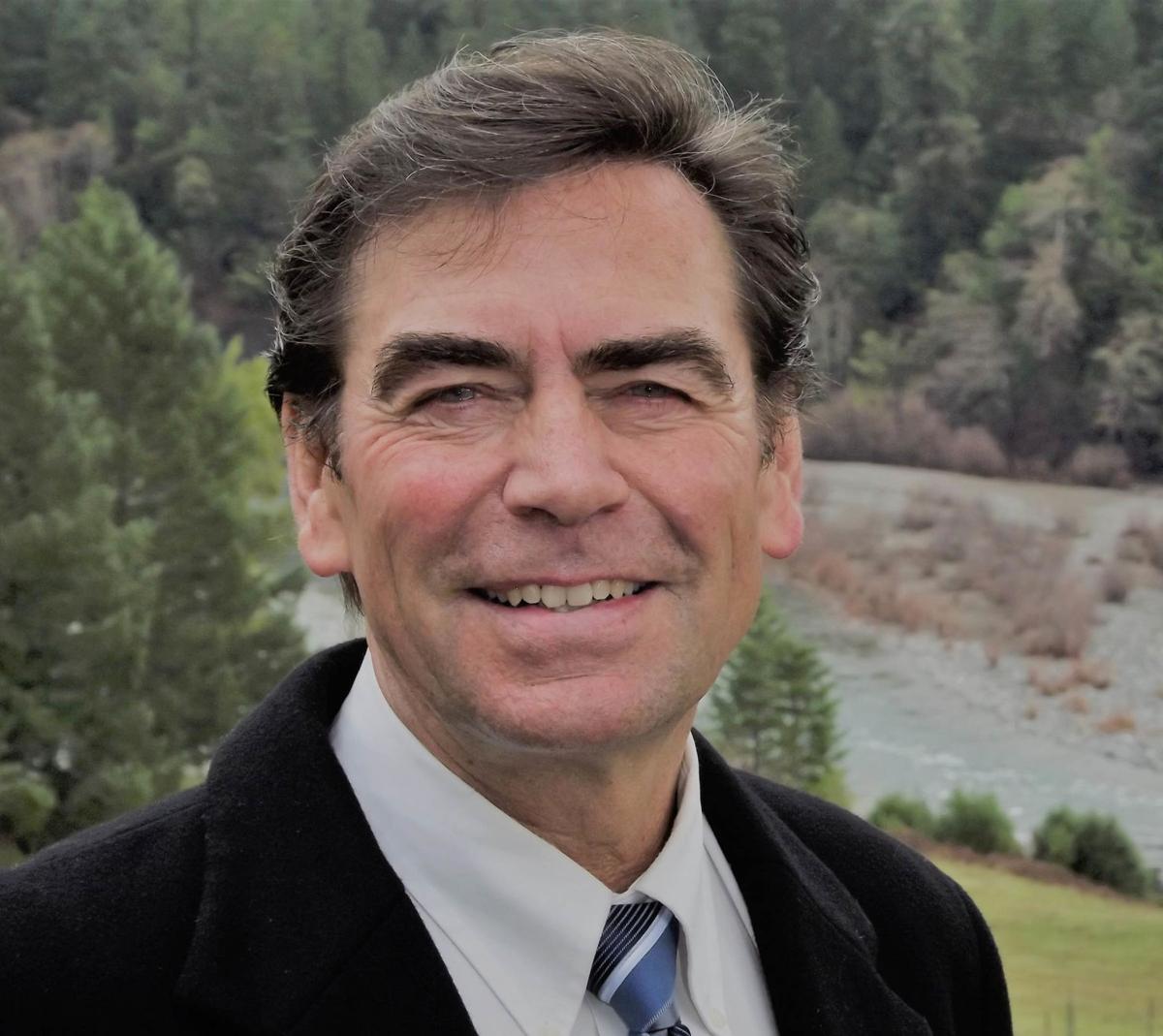 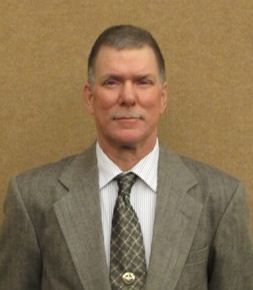 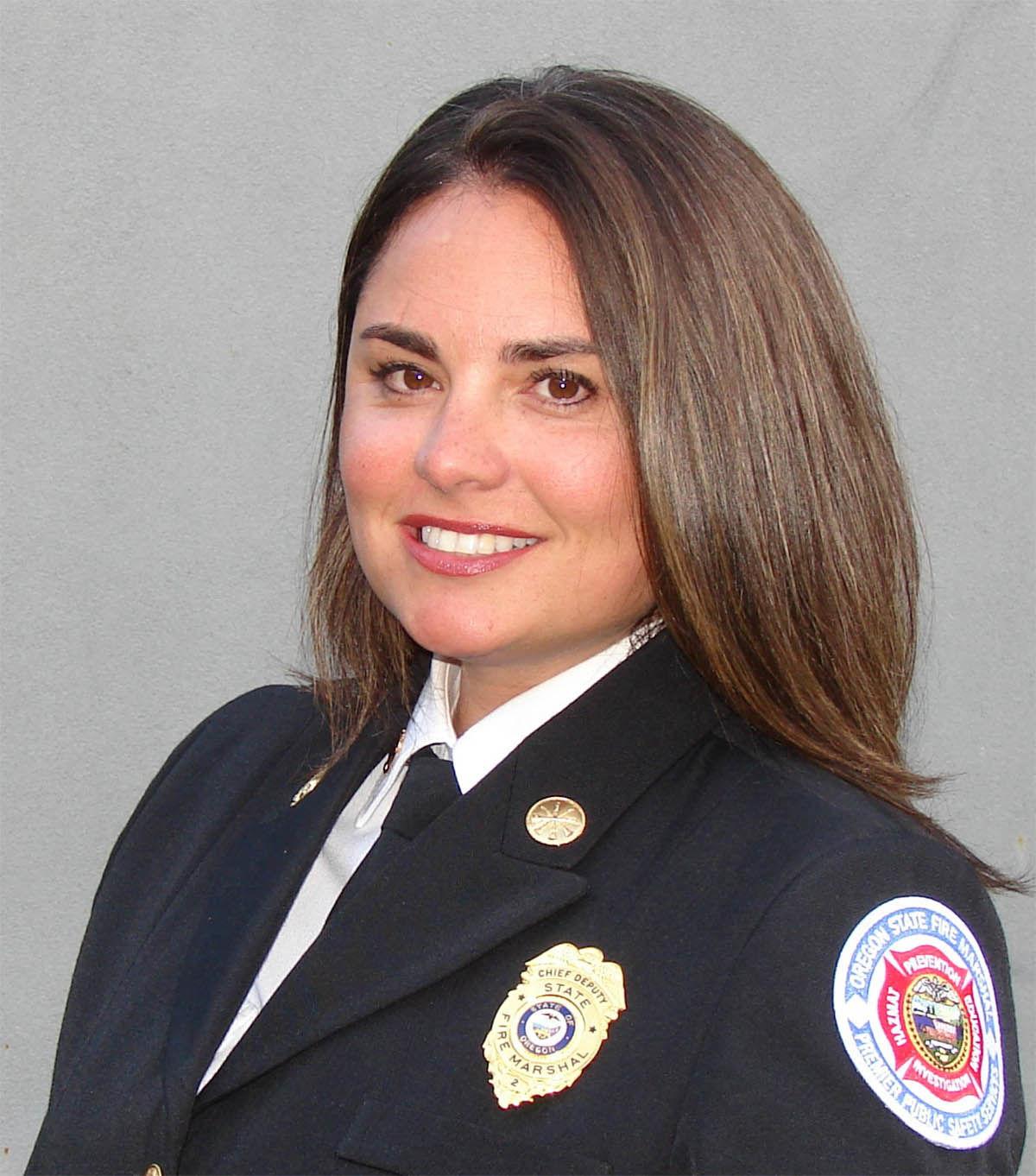 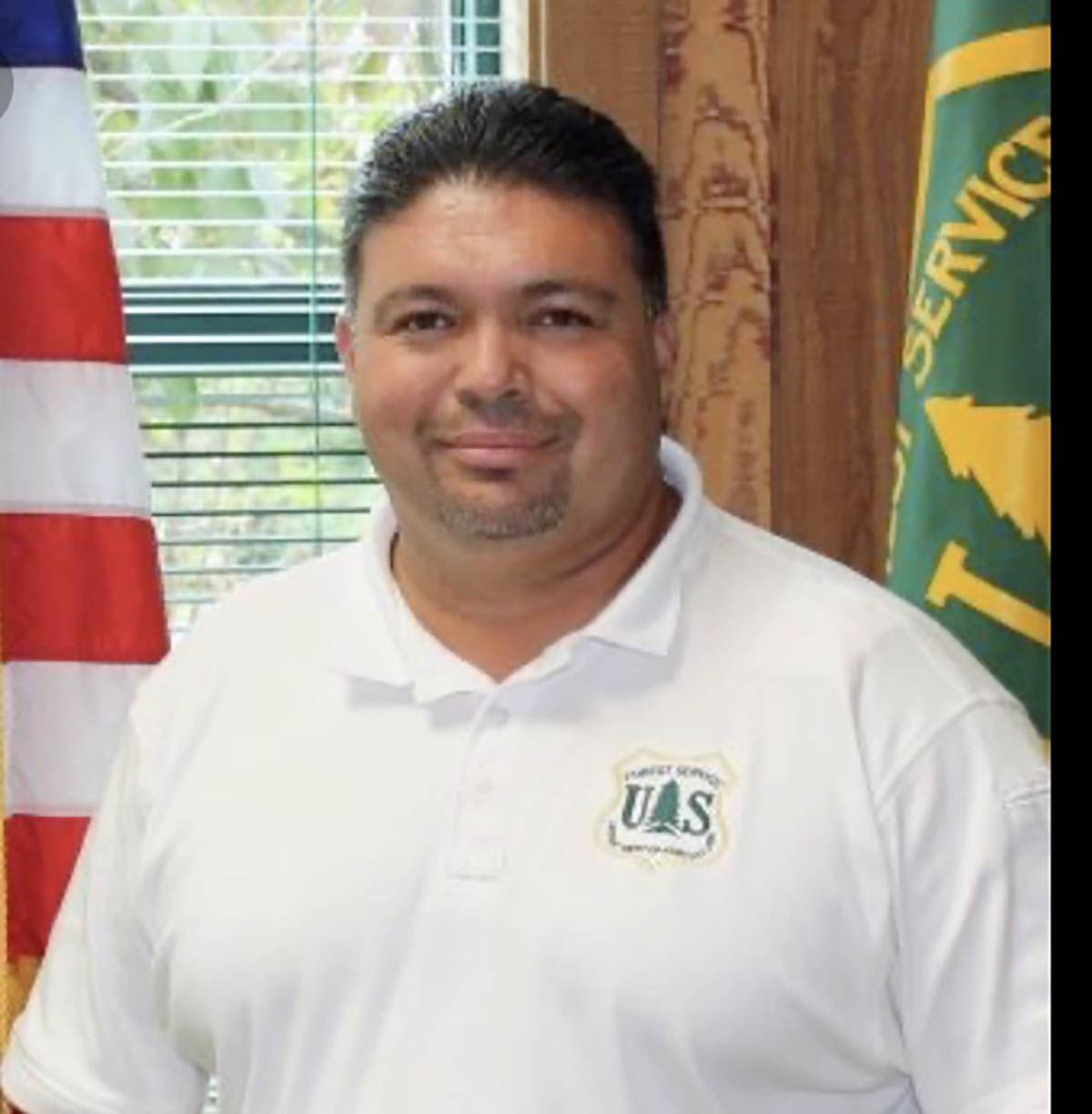 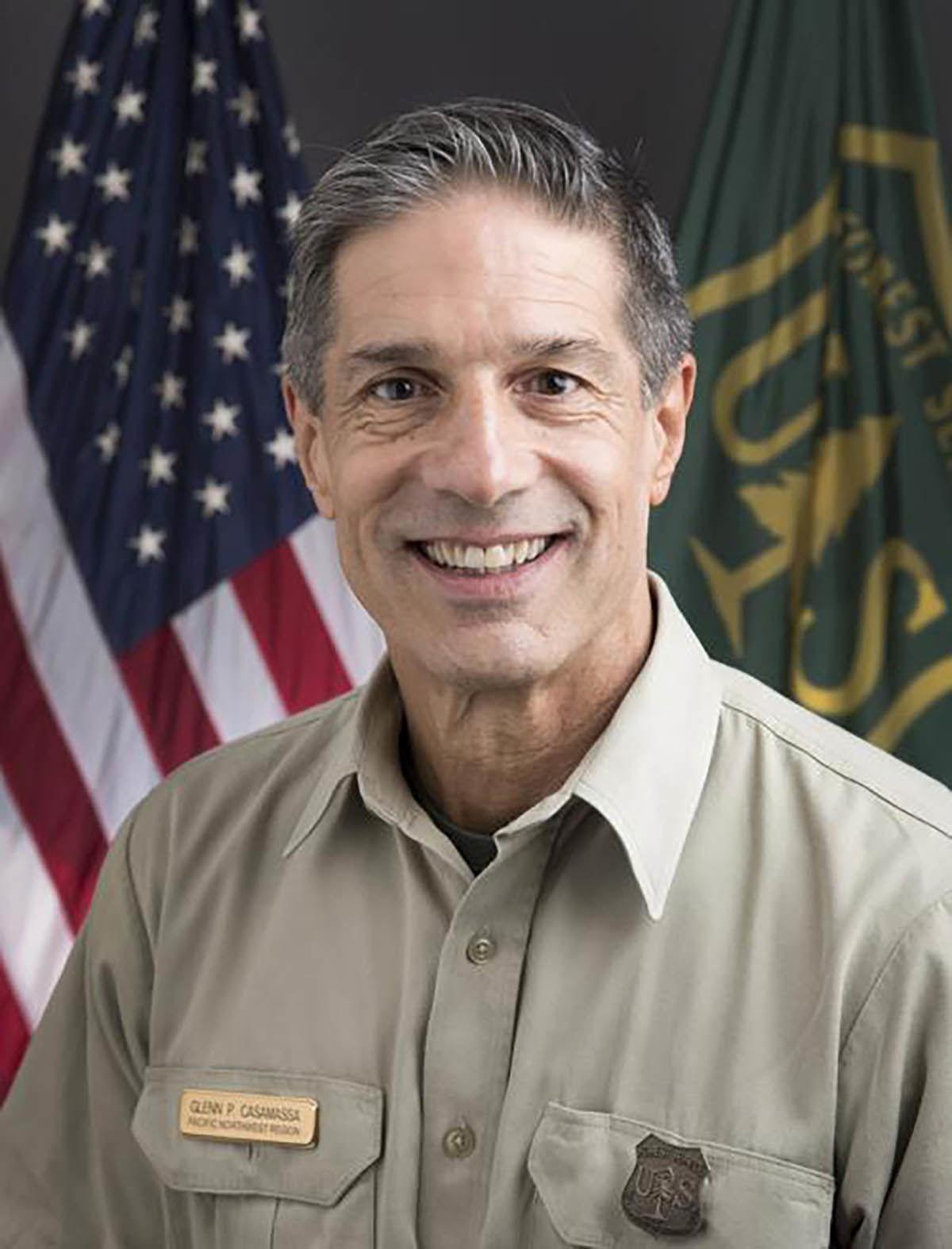 As temperatures rise and winds dry the forestlands of Southwest Oregon, officials recently assessed the onset of a fire season with the dual challenge of continuing drought and COVID-19.
In a conference call organized by Curry County Commissioner Court  Boice, a half dozen public agency officials shared insight into the special challenges of the 2020 fire season, including the need to plan for response that includes social distancing and the potential of engaging with fire crews and community members who suffer from active cases of the virus.
Budget reductions and training time lost because of shutdowns since mid-March further complicate the situation.
Still, officials with public agencies responsible for managing public lands and responding to wildfire seemed optimistic.

Mike Robison, district manager for the Coos Forest Protective Association said that his agency always prepares for a bad fire season.
Late rains have moderated the risk from forest fuels, he said, and the agency is watching weather forecasts closely.
A rainy spring grows grass and other volatile fuels that dry out quickly when the rain stops, he said, so you never know how a fire season will unfold. CFPA declared fire season and related restrictions on June 24, and will look at implementing other use restrictions and closures, if needed.
However, a sluggish economy has resulted in less demand for lumber, so sawmills are slowing production and using fewer logs, Robison said. As a result there are fewer loggers in the woods.
"Loggers in the woods are first responders to fires and keep an eye on what’s happening on the ground," Robison said, "so less loggers means a potential for longer response times."
But there are other people in the woods — those who enjoy recreating on the forestlands of Southwest Oregon. And CFPA has done media outreach to help let users know their role and responsibility in keeping wildfire out of the forests.
Responsible recreation will be especially important this year because CFPA's budget is down. Although the agency has a solid core of seasoned personnel, it will operate with 11 fewer firefighters.
And, Robison said, response to the threat of COVID-19 has changed the configuration of crews. He said firefighters will be organized into pods — or "families" — that will stay together and within the same geographic regions throughout the fire season.

Dave Larson, district manager for the Southern Oregon Department of Forestry, said COVID-19 stopped the agency's training program for the 2020 season. However, he noted, the program has been re-tooled in light of the response, and is on track.
"The Southwest District will be operating with the same number of engines and aircraft as 2019, and the same stress on initial attack that is ODF policy," he said. To achieve the Governor’s requested budget cuts, the region is holding positions vacant.
Over the winter the district was very active with Firewise and Good Neighbor Authority  projects. Fortunately, the agency had no turnover in personnel from last year, so they have an experienced team and a solid plan, Larson said.

Chief Deputy State Fire Marshal Mariana Ruiz-Temple was also on the conference call. She reported that fire and EMS responders are already fatigued by response to the COVID-19 pandemic, and are entering fire season from that reality.
"The State Fire Marshal has led a process to assess the readiness of the state’s 314 fire departments, and 13,000 firefighters most of whom are volunteers, to respond to mutual aid requests for wildfire structural protection," Ruiz-Temple said. "All are capable and ready, but there are barriers to full participation like lack of childcare and fatigue."
She said training is now provided online via platforms like Zoom.
A Pacific Northwest group has developed an incident management plan tailored to COVID-19 needs, she said, and ODF and the SFM have tailored that plan for Oregon, in consultation with the Oregon Health Authority (OHA).
"Fire crews and camps will operate to implement COVID best practices," she noted. For example, daily camp briefings and community meetings will take place onlline, the command center will be closed to those outside the camp and be located separately from the camp, and there will be facilities to test and isolate those that are positive for COVID.

Another participant on the call, Chief Tyson Krieger of the Gold Beach Fire Department, spoke to the importance of the Firewise program and the need for people to reduce fuels around their homes.
He lamented the loss of training due to COVID-19, but said that a strength of his fire department is that "all the players in wildfire response know each other and work together."
Getting to fires quickly and keeping them small are priorities, Krueger said, and the closest resources should respond. For this year's fire season, Gold Beach has added water tenders and Type 3 engines to their fleet and positioned them around the district.

When fires become large, they usually end up under the management of the United State Forest Service. Two USFS representatives participated in the recent conference call.
Forest Supervisor Merv George of the Rogue River-Siskiyou National Forest, emphasized that aggressive initial attack is the priority on the forest this fire season.
"The intention is to get in front of fires," George said. He said his agency has been involved in aggressive fuels reduction on the national forest.
Glenn Casamassa, chief forester for Northwest Region 6 (Oregon and Washington) of USFS reported on the pre-planning that has gone into the unified command structure in the region. He also stressed the use of aggressive initial attack and said he is prepared to implement early forest use restrictions to decrease risk of fire starts by industrial and recreational users.
Exclusive use contracts for large air tankers have been locked in place, Casamassa said, and changes will be implemented on Type 1 management teams on large fires. He said the new structure is currently in place on large fires in Arizona, and the USFS will learn from the experience of those fires.

Boice said he organized the call because of the importance of all of the agencies working together to keep Curry County residents safe.
He said all of the speakers emphasized the potential for a active fire season in 2020, after having "a breather" with the lower intensity of the 2019 season. Late rains helped increase the moisture content in fuels, which has the potential to reduce fire danger early in the season, Boice said, but it also means lots of growing grass that will dry out and add to the fuel later in the season.
Like the presenters, he called on residents to do fuel reduction on private property and be extremely careful when going into the forest for work or fun.

Have you started your Christmas shopping yet?