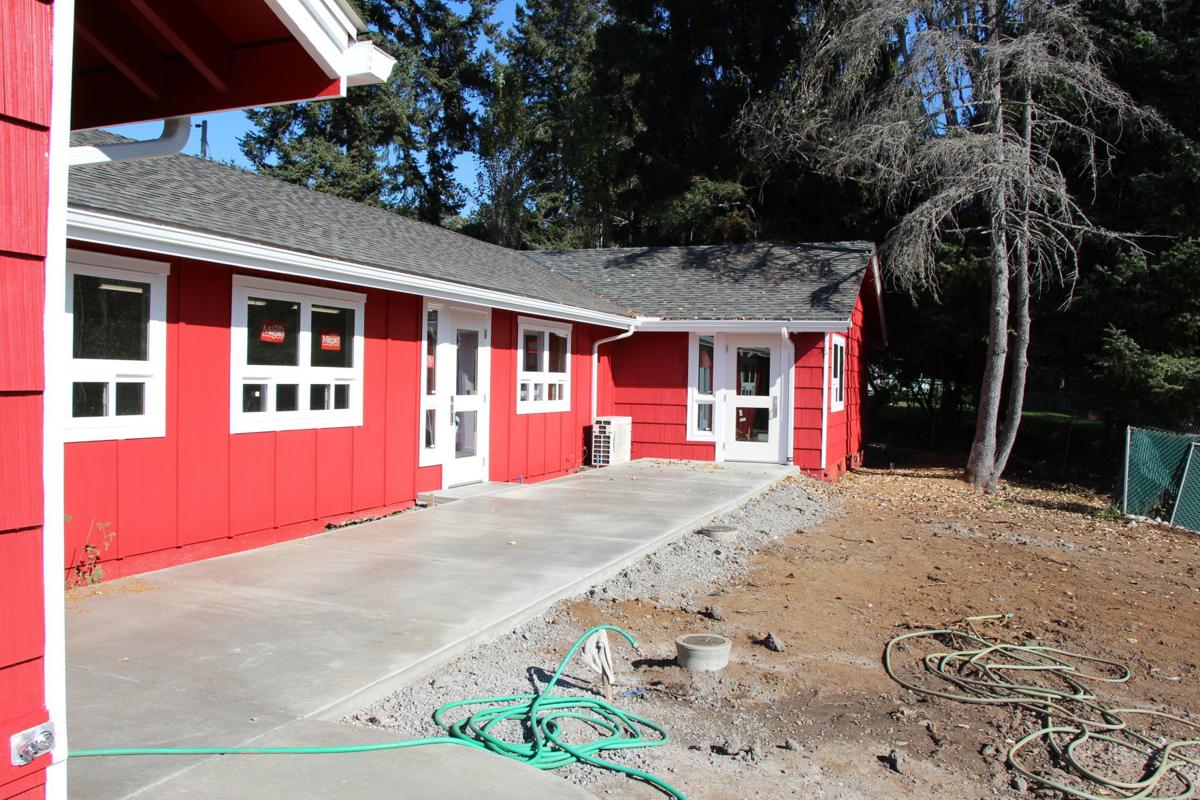 Head Start officials said they are hopeful they’ll be able to add a playground for students on the property surrounding the remodeled building at 420 Redwood Spur. 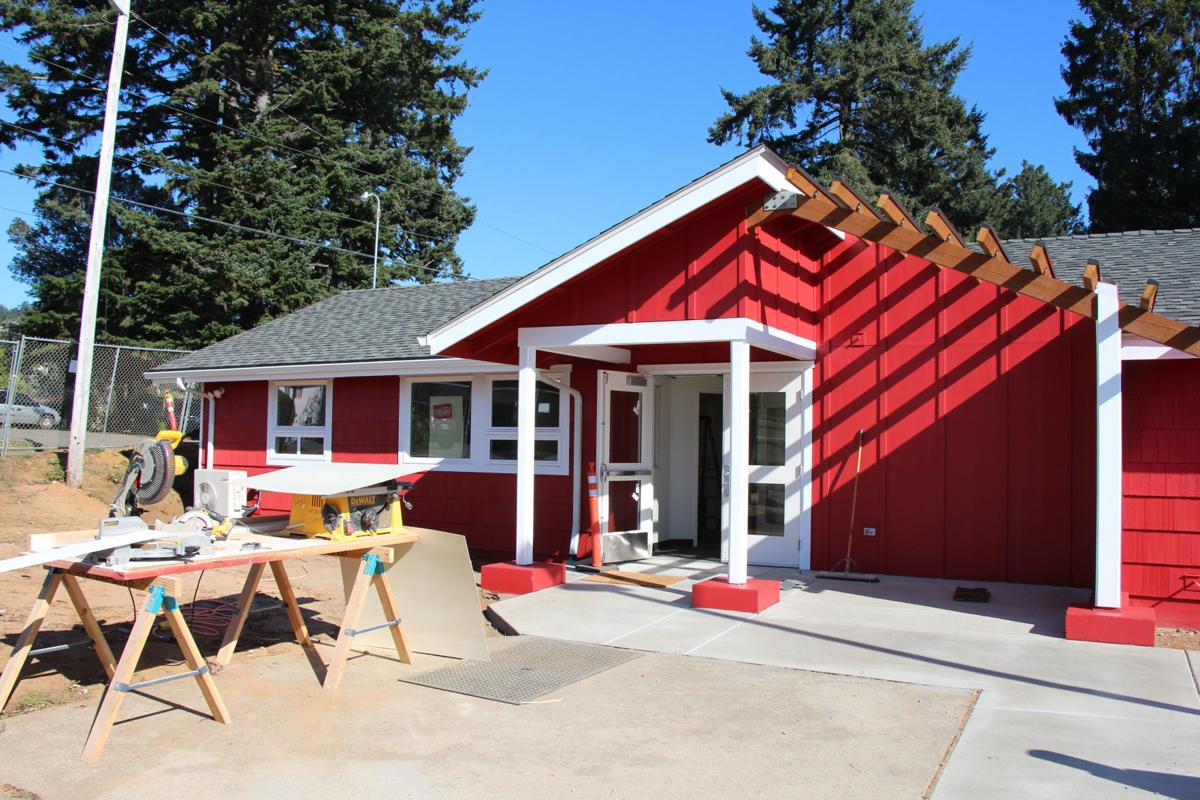 The $1.6-million remodel for the South Coast Head Start building in Brookings did not include an outside playground area for students.

Head Start officials said they are hopeful they’ll be able to add a playground for students on the property surrounding the remodeled building at 420 Redwood Spur.

The $1.6-million remodel for the South Coast Head Start building in Brookings did not include an outside playground area for students.

Head Start administrators and employees are scheduled to be moving from a temporary facility on 5th Street to the new building at 420 Redwood Spur during the school’s holiday break.

But while officials said the renovation is a positive step, the next challenge will be creating an outside playground for the students.

The following is a conversation with Dar Smith, South Curry-area manager for Oregon Coast Community Action, which operates the Head Start facility:

The Pilot: Is the move to the new facility still on schedule for winter break, and would that mean between Christmas and New Year's Day?

Dar Smith: We started the first stage of the move on Friday, the 13 this month. Staff utilized the following Wednesday and Thursday to set up the classroom, kitchen and office in anticipation of our fire, sanitation and licensing inspections taking place on Friday, Dec. 20.

We rented a U-Haul and the staff took two loads of classroom and office materials, and some smaller furniture. We used personal vehicles to move over the computers and other office equipment, to be ready for services to be transferred to the new site. We will also take over the majority of the playground toys. The movers will help us take over large items such as the refrigerators, file cabinets and classroom furniture.

For inspections, we need to have our classroom, kitchen and office space completely set up and functional.

We have winter break to remove any random items that didn't make it over in trucks and to clean our temporary location. Classes will resume on Jan. 6 in the new building.

For the rest of this school year, we are keeping our two part-day classes in one classroom. The other room will be used for storage, until we have the opportunity to order storage cabinets, etc. This will happen over the summer.

The Pilot: One of the concerns mentioned in our previous discussions was the lack of a playground at the newly renovated facility. What is being done to plan and produce a playground?

Smith: We are looking into grants, donations and fundraising to secure funding to build a retaining wall, which will allow us to create a flat surface for a playground so we can install a play structure. The playground and retaining wall were in the original plans, but unforeseen issues, such as a change in architects and a sinking foundation in the back room, caused it to be cut.

The Pilot: Where would the playground be located at the site?

Smith: The playground would remain in the same location. We would be allowed to extend it out on three sides. One end could be designated for the Early Head Start playground, because they require a smaller structure.

Currently, the playground is on a steep slope. Without the retaining wall, we cannot add additional material to the playground to give an adequate fall zone, which is required for a play structure.

The Pilot: What are the challenges to making the playground a reality, and what is Head Start doing to overcome those challenges?

Smith: Lack of funds for the playground is our biggest challenge right now. Our admin is actively looking for grants to apply for. We have been focused on the move. Once that is complete, we can focus more on fundraisers and reaching out to the community for donations.

The program operations director, Kim Brick, asked if there may be someone willing to donate that would like a playground named after them. Donations of labor, etc., may help us to keep costs down.

The Pilot: What would be the cost of the playground and how would that cost be funded?

Smith: I believe the original retaining wall that was planned for was around $40,000. We will need fill material for the fall zone. A structure would probably be an additional $10,000 to $20,000, double that if we can get an EHS play structure. It would be amazing to have a covered area to protect us from the sun and rain, but we will be ecstatic just to start with a flat surface to play on.

If we have to get a playground in stages, we will be happy, because it is better that what we are currently utilizing.

The Pilot: What would the playground involve? What type of structures and why those specific structures?

Smith: We added a wide sidewalk with the renovation so children can ride bikes. When choosing a play structure, we have to follow our state licensing requirements. We want something that is developmentally appropriate and safe for the age of children that we provide services to.

Guidelines include safe spacing on the structure to prevent a child’s head or hands from becoming entrapped, a certain depth of fall zone material. The structure has to be a certain distance from fences and walls, etc., all focused on keeping the children safe.

Until we have a retaining wall, unfortunately we can't fit a play structure of any size. With the slope, we cannot put down the adequate fall zone material. And without pushing out the fence line, we wouldn't have enough of a fall zone around the play structure.

The Pilot: Why is a playground important for Head Start students?

Smith: Outdoor play is so beneficial to children's development. They need the opportunity to practice their gross motor skills, such as riding bikes, running, climbing and balancing. They build muscle and improve their coordination while exploring their physical abilities.

As in all environments at Head Start, children practice sharing, taking turns and other social skills. And, of course, there are health benefits of gross motor play.

If you have ever spent time in a preschool classroom, you will see that the opportunity to play outside and use up some energy improves behaviors in the classroom.

Head Start first moved to the Redwood Spur Street location in 2012. The renovation of the building at that site was to provide more space for Head Start and a more environmentally appealing setting for the students and staff.

Smith said Head Start is serving eight to 10 children in its home-based program and provides services to 38 families. Since November 2018, the programs have been operated from a temporary site at 525 5th St. in Brookings.