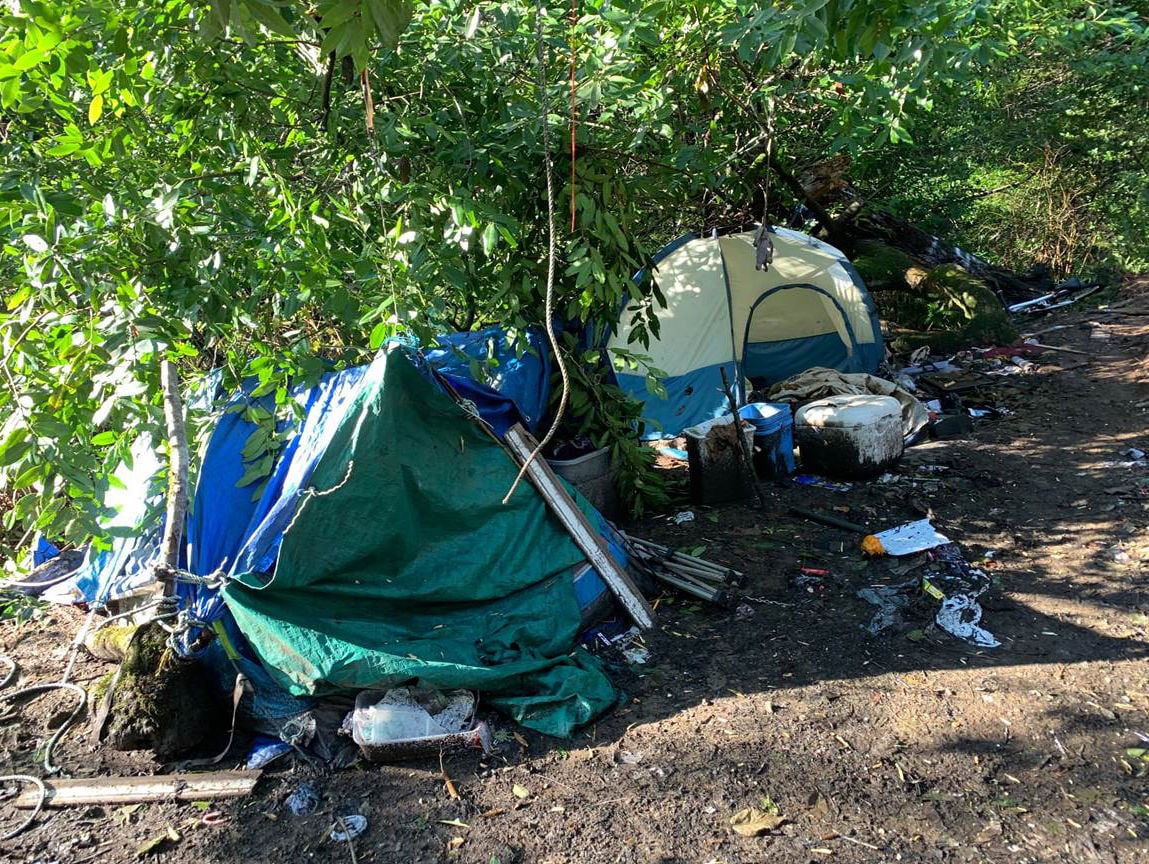 Discarded tarps, an abandoned tent and trash were left behind at this encampment in Azalea Park. 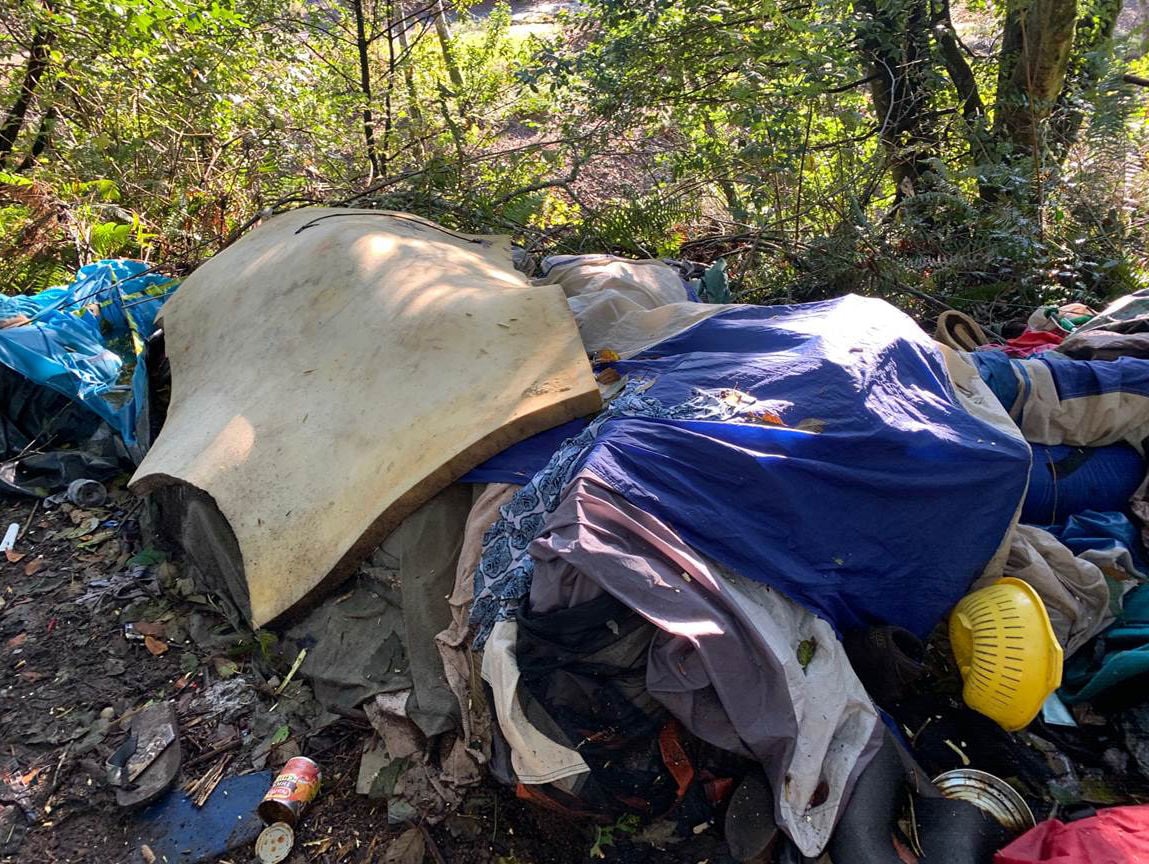 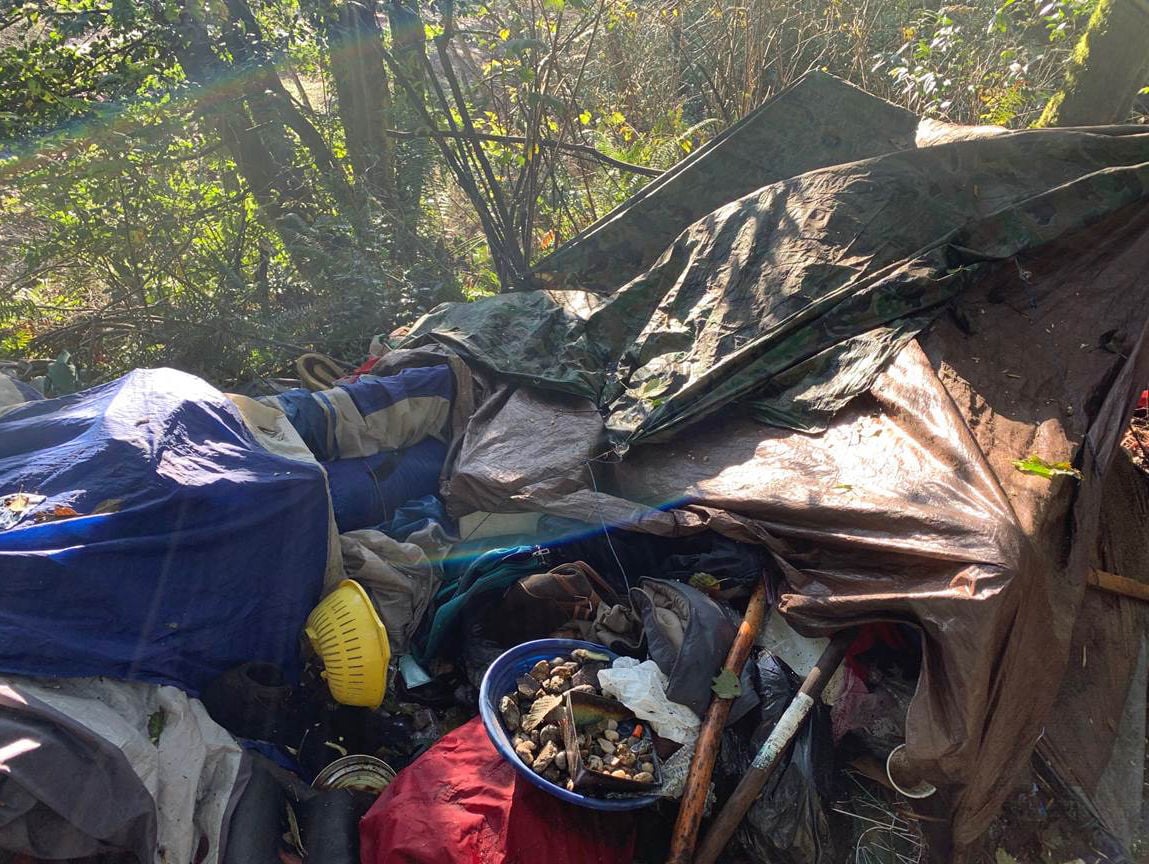 Trash left behind at a homeless encampment was removed from Azalea Park.

Discarded tarps, an abandoned tent and trash were left behind at this encampment in Azalea Park.

Trash left behind at a homeless encampment was removed from Azalea Park.

The City of Brookings said it has taken steps to clean up the city’s parks by removing large quantities of trash.

That includes abandoned tents, sleeping bags, clothing, raw sewage and miscellaneous personal belongings left behind at a large homeless camp on Old County Road at the bottom of Azalea Park.

“The city acted promptly once we were aware of it,” said Brookings City Manager Janell Howard. “It is a public-health hazard.”

On Dec. 23, the city’s public works and parks staff used two excavators and a 5-yard dump truck to remove three loads, according to Howard. She said the work was done by five city staff members who worked a total of 25 manhours.

She said the price tag for the cleanup, including dumping fees and equipment costs, totaled $3,600.

The cleanup came following a required notice posted at the camp on Dec. 19. Law enforcement officers accompanied city crews to ensure no one was present at the time the work was done.

“We frequently remove smaller camps from city parks,” Howard said. “A lot of camps are on private property, not public.”

The city crews worked with the Brookings Police Department to clean up three more camps, from two locations at Chetco Point. Those three camps took the crew three hours to clean.

“The homeless population is a challenging problem for every city in the country,” Howard said. Brookings has been considering zoning code revisions that could make conditional uses possible for charitable organizations and individuals to help provide shelter.

During a city council workshop Jan. 6, council members explored options being used by the cities of Coos Bay and Eugene, including allowing temporary lodging facilities, car camping and camping on private property.

The model ordinances detail specific zoning requirements, such as for security, trash and sanitary services, and specify the application and judicial processes used in those two cities.

“I’m hoping some of the local organizations can use these proposed ordinances as avenues to provide shelter and connect individuals to other services they need,” Howard said.

“When the matter comes up for discussion at future city council meetings, I’m looking forward to individuals and organizations that are closer to the issue coming to the council meetings to provide input,” she said.