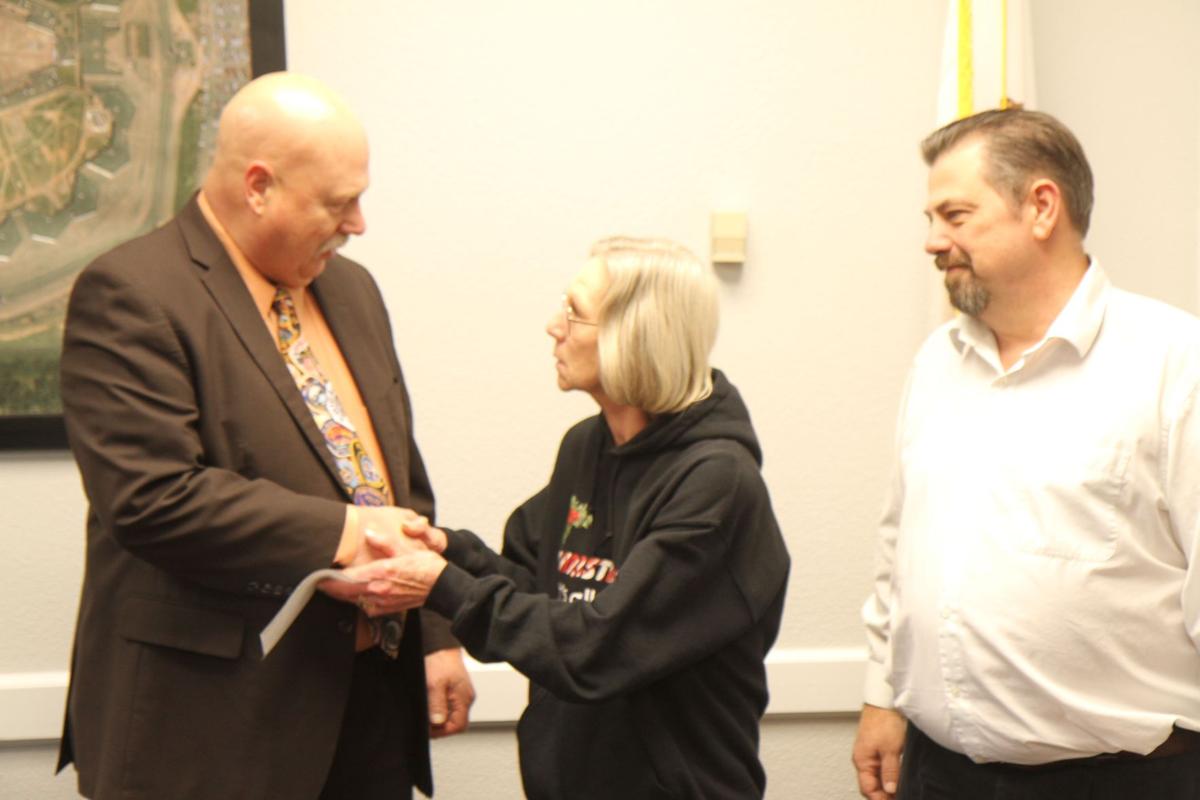 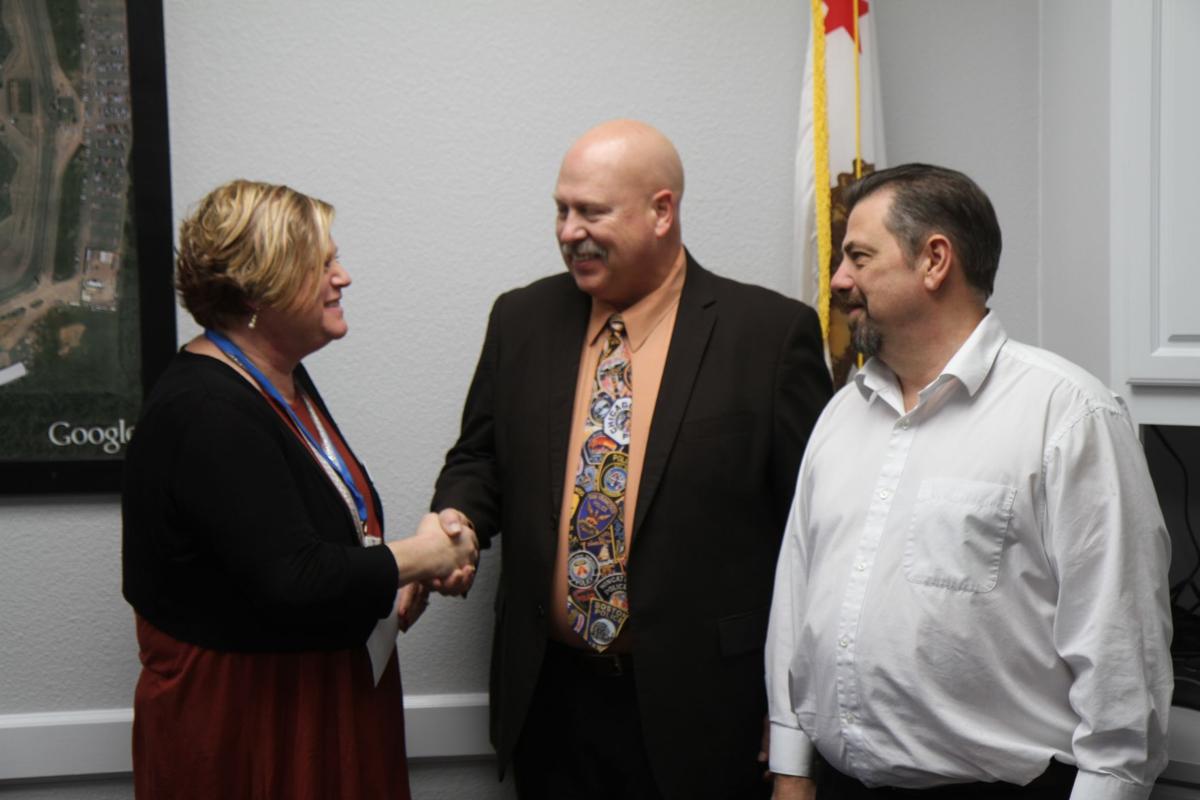 Two regional charities, including a Gold Beach-based group, have received donations from an employee group at the Pelican Bay State Prison.

On behalf of the Pelican Bay Athletic Organization, Prison Warden James Robertson has presented the checks to representatives of Santa’s Workshop in Crescent City and the Oasis Shelter in Gold Beach.

Accepting $10,829 for Santa’s Workshop was Trish Hughes, the organization’s coordinator and official Ms. Claus. “We could not do what we do without you guys,” Hughes said. “And I want you to know from the bottom of my heart that because of you, it makes a success for everything we do.”

Santa’s Workshop is a seasonal charity affiliated with Del Norte County Rural Human Services, which helps families in need get Christmas presents for their children.

Olivia Davis, the crisis advocacy program manager for the Oasis Shelter accepted a $2,500 check. Oasis is the only emergency shelter between Coos Bay and Crescent City, benefiting survivors of domestic and sexual violence, stalking and human trafficking.

“We have over 200 kids signed up this year. Half of those kids are from domestic violence families. We want to give them some extra toys and clothing for Christmas,” Davis said.

In addition to the $2,500, organizers said rewards points from purchases made during a food drive on personal Fred Meyer club cards will go to Oasis’ account. So, come March, they expect the shelter to receive a large rebate check from those accumulated rewards points. The Pelican Bay Athletic Organization had stepped in to take over the food drive this holiday season.

“We’re a grassroots organization of Pelican Bay employees, officers and staff,” said Jim Holt, the athletic organization’s president. “We have fundraisers throughout the year, with our main goal to give back to youth athletics in the community.”

Holt said Pelican Bay inmates contributed by being allowed to order items they wouldn’t normally be able to purchase, mostly from Fred Meyer stores. He said total food sales for the drive were between $30,000 and $40,000, with the Pelican Bay Athletic Organization receiving a portion of the money for its charity donations.

The check presentations were made on Dec. 10.