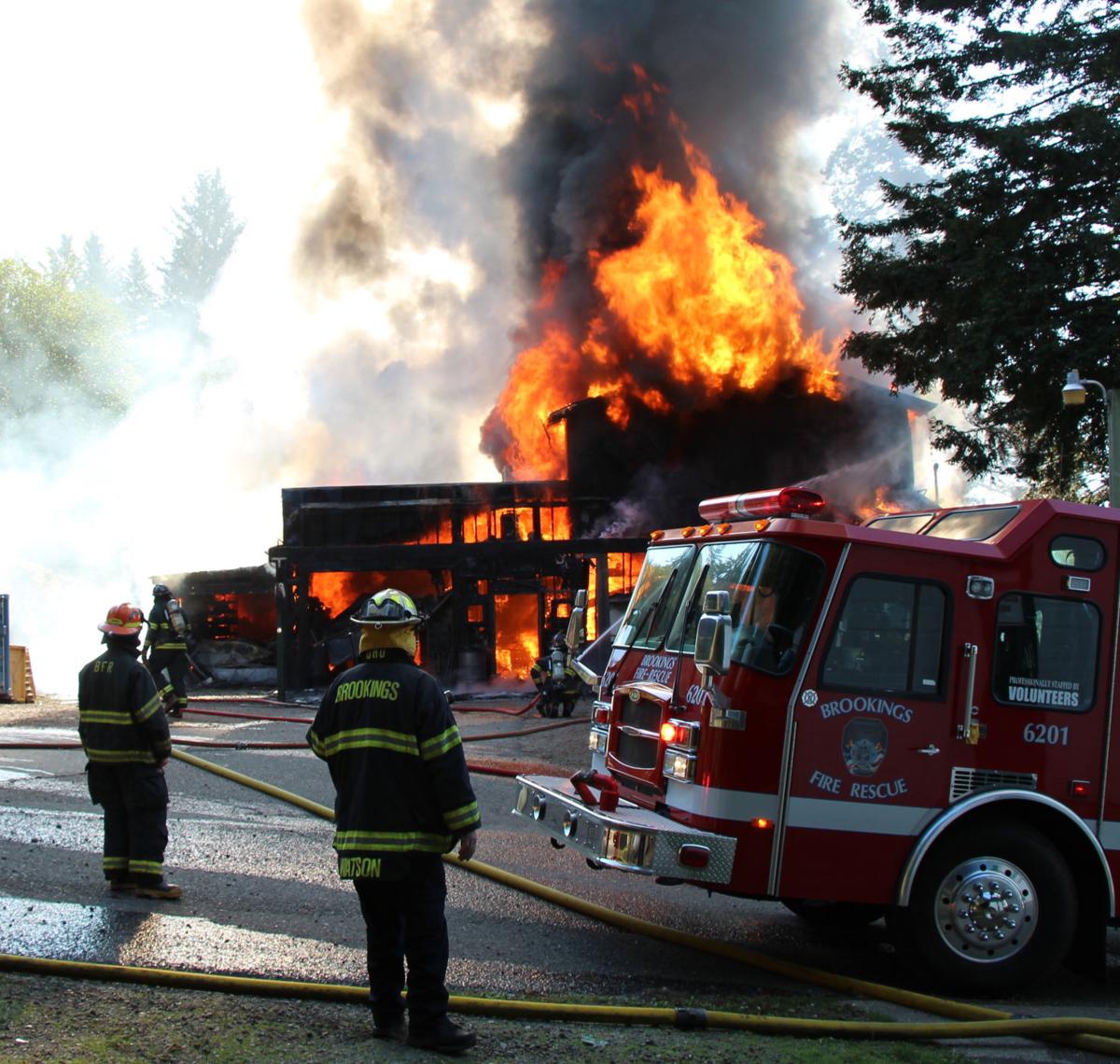 A huge ball of fire engulfed the Pac-Nor Barreling Plant in Brookings on Oct. 23. 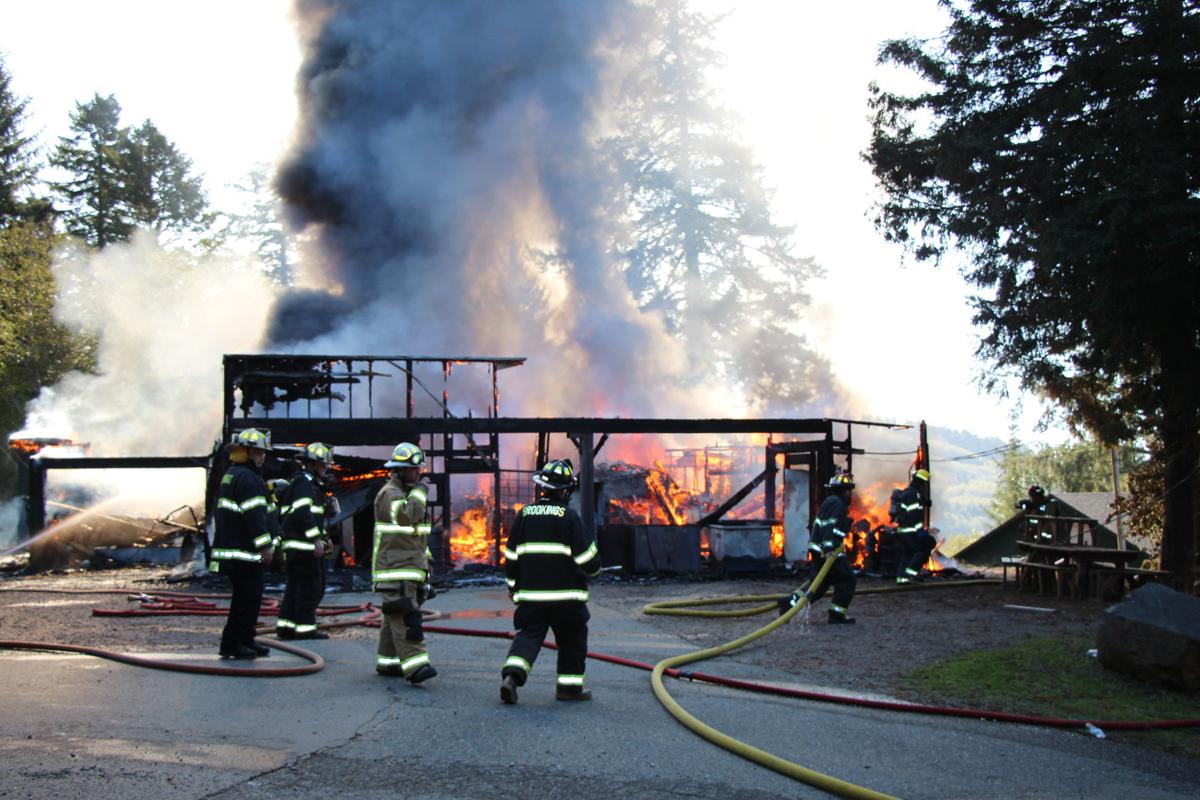 Just portions of the charred frame of the plant remained standing after the fire was extinguished.

A huge ball of fire engulfed the Pac-Nor Barreling Plant in Brookings on Oct. 23.

Just portions of the charred frame of the plant remained standing after the fire was extinguished.

The Pac-Nor Barreling Plant in Brookings, destroyed by fire Oct. 23, will rise from the ashes.

Owner Chris Dichter is moving ahead to rebuild the plant, at 99299 Overlook Rd., following the blaze. The plant manufactures precision rifle barrels.

At the time of the fire, Dichter estimated the loss at between $4 million and $6 million. As he watched the intense fire consumer the building, Dichter told The Pilot, "Thirty-five years of my life went up in this fire.”

As to whether he would rebuild or not, Dichter said, “I am 66 years old and I don’t know if I have the time left. It took my lifetime to find all the machinery in this plant.”

But now, following discussions with his insurance company and his family, Dichter said he is moving forward with rebuilding the plant, with his son, Casey, taking the lead. “If it wasn’t for my son, I wouldn’t do it,” he said. “I am putting him in charge.”

Casey Dichter had been the shop foreman at the plant before the blaze.

Since the fire, the initial cleanup and removal of hazardous materials at the site have been completed. “We are now pursuing permits for rebuilding," Chris Dichter said. “There is a lot of paperwork to do.”

As the plant is rebuilt, Dichter said, it will fit the existing footprint of the original structure. “But instead of a stick building, it will be metal,” he said. “That’s for fire safety.

“A fire hydrant will also be installed closer to the new building, and the structure will be built with an overhead sprinkler system.”

Fire investigators have yet to publicly announce the cause of the fire. Dichter said the fire began in a wall near one of the shop’s lathes.

Much of the equipment lost in the fire was vintage and had been collected over a long period of time. But Dichter said he’s hopeful he will find what he needs to get started again.

“We’ve had calls from fellow competitors who have extra machines and we are in the process of locating other equipment,” he said. “But it will still take months to get specific machines built.”

Dichter said he is also receiving calls from clients, including the federal government. “They have been calling us pretty consistently and telling us they can’t find anyone else that does the type of work that we do,” Dichter said. “So, I’d like to get my 10 employees back to work to meet our clients’ requests.”

Dichter said he hoped to have the plant rebuilt in about one year, with much of the estimated $1.3 million in cost to be funded through insurance.

“After having possibly the lowest day of my life, now I am looking forward to reopening the plant,” he said. “That will be my highest day.”