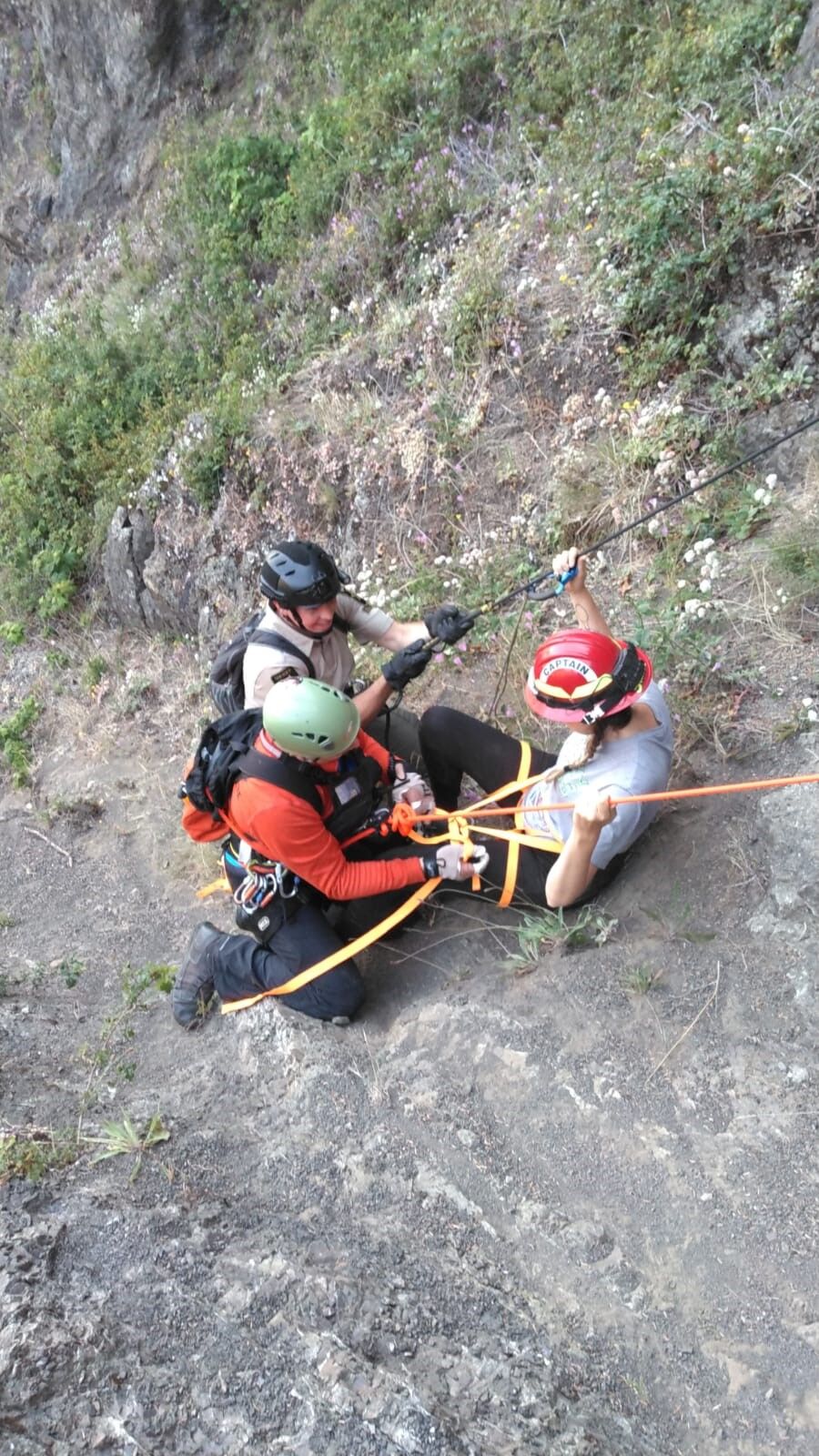 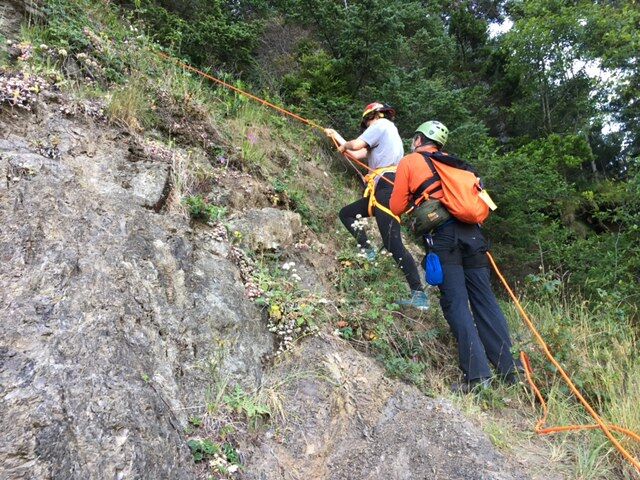 Monday July 12, 2021, at about 5:26pm, about an hour after a different rescue/recovery near Natural Bridges, the Curry County Sheriff’s Office received information from the Brookings 911 dispatch center regrading another 911 call from a stranded person.

Thirty-one year old New York resident Rachel Feeney, called 911 stating she was stuck on the side of a cliff overlooking the ocean near milepost 345.  Brookings’s dispatch paged out the Brookings and Cape Ferello Fire Departments to respond while the Sheriff’s Office dispatch called out the Sheriff’s Search and Rescue rope team and on duty deputies.

Feeney told Brookings dispatch she had parked at the Arch Rock viewpoint about fifteen miles south of Gold Beach and walked about forty-five minutes south of the parking lot on a trail.  Feeney said she got off trail and ended up stuck on the side of a cliff but did not know exactly where she was.

First responders arrived in the area and used their sirens to help pin-point the general area where Feeney was and ground teams then located her.  SAR members rappelled down a short way to her and assisted her back to safety.

This was the second rescue in the same general area that day and we are pleased that the person did not get harmed.