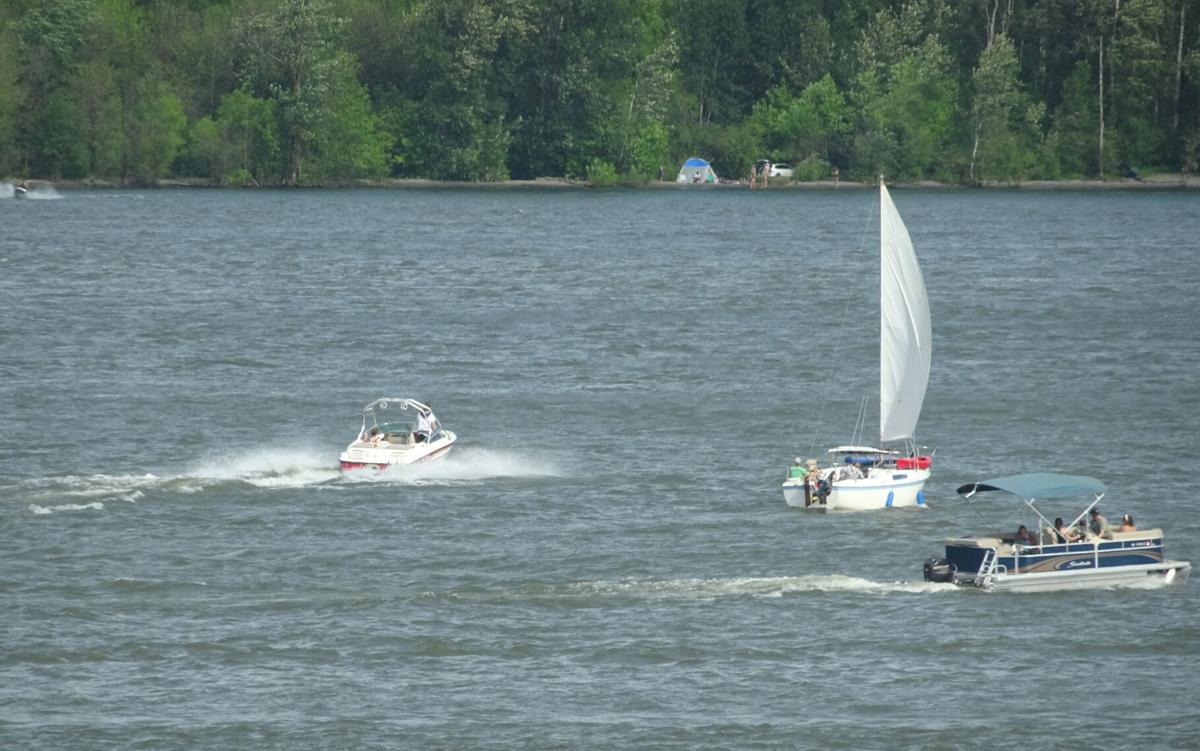 The Columbia River has become a popular recreation point in Columbia County. 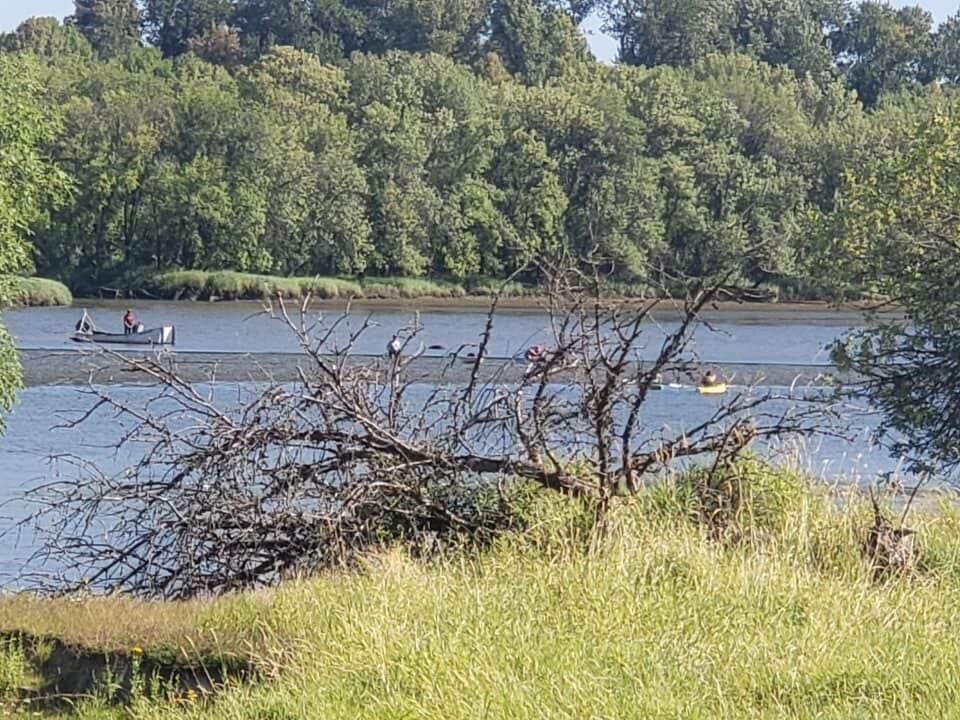 Fire crews on the scene of a rescue operation Aug. 25, where one adult and two kids in a kayak are stuck in the mud in Scappoose Bay near the Scappoose Bay Marina. The Port of St. Helens was able to make access using a flat bottom boat and is assisting in the rescue. 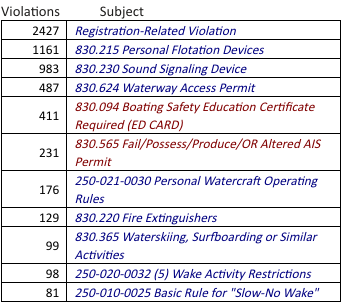 This is the current top 10 list of boating violations in Oregon.

This summer Oregon has seen a disturbing trend along the state's popular rivers, lakes and bays. A high number of increasing fatalities, accidents and boating violations.

"I am very concerned with the number and types of incidents and fatalities we’ve seen this summer on Oregon’s waterways," Henry said. "Part of that is explained by COVID-19 closures and that outdoor recreation is at record levels all over. Nationwide I’m told there is about a 30% increase in boating fatalities and we’re seeing that same level of increase in Oregon. More boating, more accidents."

Henry said his biggest concern is the number of very preventable fatalities.

"We’re seeing - people not surviving capsizings and falls-overboard," he said "In nearly all these cases, a life jacket would have prevented the tragedy."

Henry said Oregon has recorded 22 boating fatalities as of Tuesday, Sept. 1. The most fatalities since 1993.

"We are concerned also that we’re headed into a hot holiday weekend and yet we’re seeing some reckless behavior out there and a lot of people not wearing PFDs (Personal Flotation Devices).

Henry said in only three of those cases a worn or correctly-fitted and sized life jacket would probably not have made a difference.

"In other words, maybe 19 of those could have been saved by a life jacket," he said.

The number one cause of boating fatalities is people ending up in the water unprepared, according to Henry.

According to Henry, if someone tips their kayak over and they have a life jacket on, they swim it back to shore, get in and try it again.

"We never hear about it," he said. "If someone doesn’t have a life jacket, they struggle, they panic, they suffer cold water shock, rescue is more difficult, and it’s a fatality.

"You should assume you’re going for a swim and dress accordingly," he said.

For motorboaters, its all about being prepared for the unexpected and knowing your waterway, Henry said.

"Don’t travel at a high speed until you know what’s under the water – we had a lot of groundings and broken boats this year when people hit rocks, logs and gravel bars," Henry said. "But even with motorboats, the number one thing to do to prevent a fatality is wear a life jacket. It’s like a seat belt – you don’t think, 'Gosh, I’m about to hit a tree in my car, I better put on a seatbelt.' It’s too late then. Just wear it."

The Marine Board's public information officer, Ashley Massey said the water temperature at most popular rivers, streams and lakes can be deceiving. Massey said this year, especially early on, the common denominators involved boaters operating paddlecraft who fell overboard or capsized and were not wearing life jackets.

"This is particularly risky because our waterways are very cold nearly year-round," she said. "Oregon is considered a cold water state where most waterways are 65 degrees or below year-round. This increases the risk of cold water shock from sudden immersion initiating a gasp reflex and if a person’s head isn’t above the water, the chances of taking in water to the lungs increases the chance of drowning."

Columbia County Sheriff Brian Pixley illustrated a most recent boating issue along the Columbia River near Sand Island across from St. Helens.

At approximately 6:30 p.m. Friday, Aug. 25. the Columbia County Sheriff's Office marine patrol deputies assisted in off loading passengers on a vessel that was taking on water.

"We helped offload 11 people from the boat," Pixley said. "There were six adults and five kids. We then towed the boat into the docks. The operator of the boat was cited for overloading and unsafe operation. The capacity plate on the boat stated it was only rated for six passengers."

Henry said his advice is simple to anyone about safety on the waterway into this upcoming holiday and the rest of the summer-fall recreation season.

"Number one is to wear your life jacket, no matter what type of boat you’re in," he said. "Life jackets don’t prevent accidents, but like a seat belt, they’ll turn a painful or fatal accident into a minor annoyance."

Henry said second advice is to make sure your skills are up to the task.

"If you’ve never crossed a coastal bar before, learn about tides, wind, bar restrictions, ocean swells and wind waves," he said. "If you’re new to kayaking, don’t go down the big rapids without some training or experience. If you’re new to stand-up paddleboarding, don’t get far from shore. In all those cases, wear your life jacket."

Henry said If people would wear a life jacket, always boat sober, and had some basic knowledge for the type of boating they’re doing, there could be maybe three fatalities this year instead of 22.

"My number one concern for this weekend is people being too casual about boating, and people partying and boating," Henry said. "Take it seriously and put on the personal protective gear."

For more safety information and other waterway details, visit the Oregon Marine Board at https://www.oregon.gov/osmb/Pages/index.aspx

Are you prepared to evacuate if a wildfire threatens your home or business?

State to begin road to recovery in aftermath of wildfires

State to begin road to recovery in aftermath of wildfires

‘Honey in the Horn’ novel is focus of Curry County Library