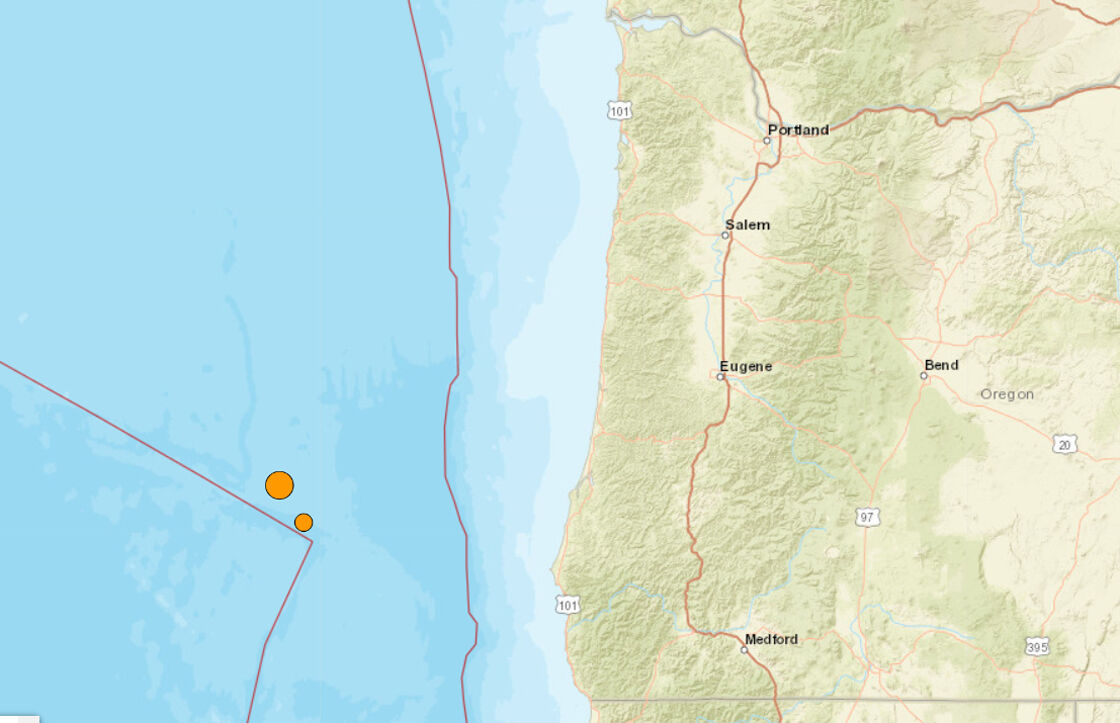 Two earthquakes hit off the South Coast overnight. The first was a magnitude 5.7 and the second a magnitude 3.2. 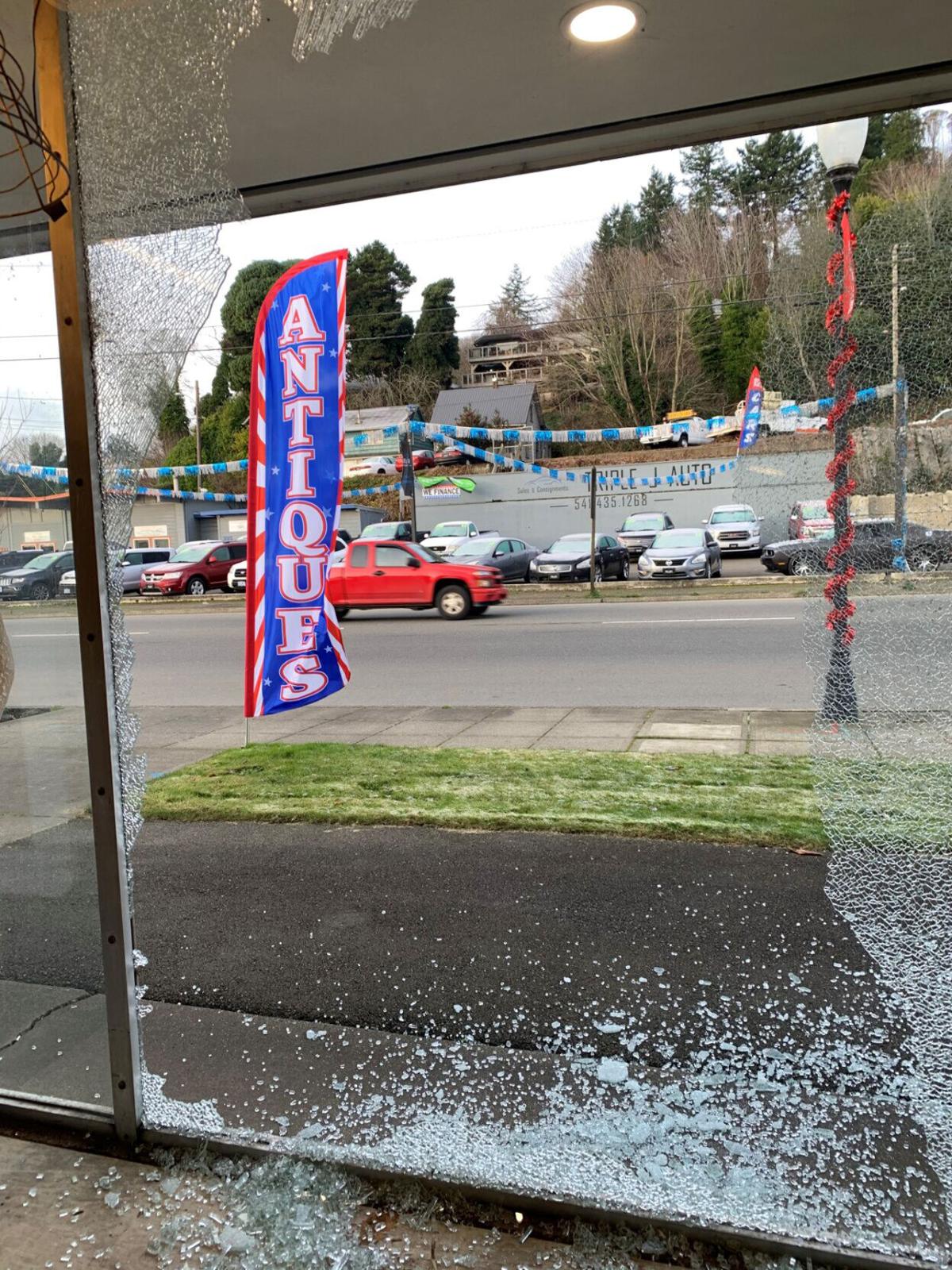 Owner Steve Schneiderman believes an earthquake off the South Coast late Monday caused damage to a window at Marshfield Mercantile in Coos Bay.

Two earthquakes hit off the South Coast overnight. The first was a magnitude 5.7 and the second a magnitude 3.2.

Owner Steve Schneiderman believes an earthquake off the South Coast late Monday caused damage to a window at Marshfield Mercantile in Coos Bay.

The larger of the two quakes came just after 11 p.m., about 127 miles west of Bandon and 6 miles below the earth’s surface, according to the U.S. Geological Survey.

A second, magnitude 3.2 quake hit nearby around 2:15 a.m. about 115 miles west of Langlois and 4 miles beneath the earth’s surface.

No large-scale damage has been reported on land from the quakes, but one Coos Bay business owner suspects the events were the cause of a broken window discovered Tuesday morning.

“I just think it was the right vibrations to shatter a window, but not to damage (inside),” said Steve Schneiderman, the owner of Marshfield Mercantile on U.S. Highway 101.

Only one of the building’s windows broke — the others had been newly replaced, Schneiderman said. The building was built in the mid-1960s on pilings, and most neighboring buildings are newer construction.

“I’m suspecting that it was earthquake related,” Schneiderman said. “This is all old dredge fill down here.”

There’s no evidence the break was a result of an attempted robbery, since the building’s motion sensors weren’t triggered, nothing else was moved or taken and no rock or other object was left behind.

Schneiderman said video of the crash, though obstructed by a bookcase, shows the window shattering outward before a nearby hanging frame fell down.

There were no tsunami warnings, advisories, watches or threats following the quakes, according to the U.S. Tsunami Warning System. The center can’t predict when the next tsunami will strike but can forecast which earthquakes are likely to cause big waves.

Some tsunamis can’t be forecasted in time for an official warning, according to the National Oceanic and Atmospheric Administration. It recommends watching for other warning signs, like strong earthquakes, a loud roar from the ocean or sudden changes in sea level.

The Oregon Office of Emergency Management says those in low-lying areas should move immediately to high ground in case of a tsunami, and that coastal residents should be prepared for two weeks of evacuation. More resources are available on OEM’s website.