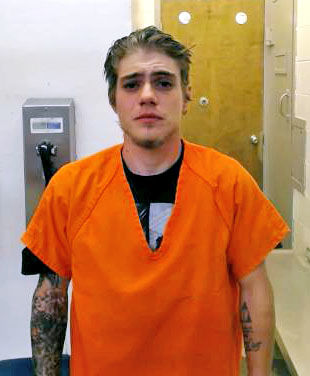 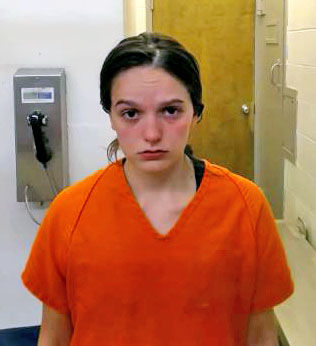 Two people were arrested after a shot was fired during a “domestic conflict” Wednesday, April 22, in Harbor, the Curry County Sheriff’s Office reported.

At about 11:04 a.m. on Wednesday, the Curry County Sheriff’s Office received a 911 transfer call through the Brookings Police Department Dispatch regarding a report of a physical dispute in progress at a residence on Court Street in Harbor. There were several subsequent 911 calls regarding the incident and a report of gunfire.

Sheriff’s deputies responded and stopped a vehicle leaving that location while another deputy contacted the victim. Two people were arrested in connection to the dispute where one shot was reportedly fired from a handgun.

Joshua Hall, 23, and Nellie Stevens-Gaither, 24 both of Harbor, were arrested when leaving the scene and transported to the Curry County Jail. Hall was lodged on suspicion of unlawful use of a weapon, third-degree assault and four counts of recklessly endangering related to a physical assault and intentionally firing a weapon toward others. Stevens-Gaither was lodged on suspicion of third-degree assault and pointing a firearm at another person.

Both suspects participated in an escalating domestic conflict and took matters into their own hands when they tried to intervene in a family member’s relationship and legal residential status thereby placing many more people in harm’s way, the Sheriff’s Office reported. Deputies arrived within minutes of 911 calls coming from the victim’s residence and neighbors.

Additional interviews and further investigation is ongoing as the circumstances before and during this incident unfold. Charges may change or be added based on the outcome of the investigation by Curry County deputies and detectives assigned to the case. All information has been forwarded to the Curry County District Attorney’s Office.

Should Memorial Day events to honor veterans be exempt from shelter-at-home guidelines?