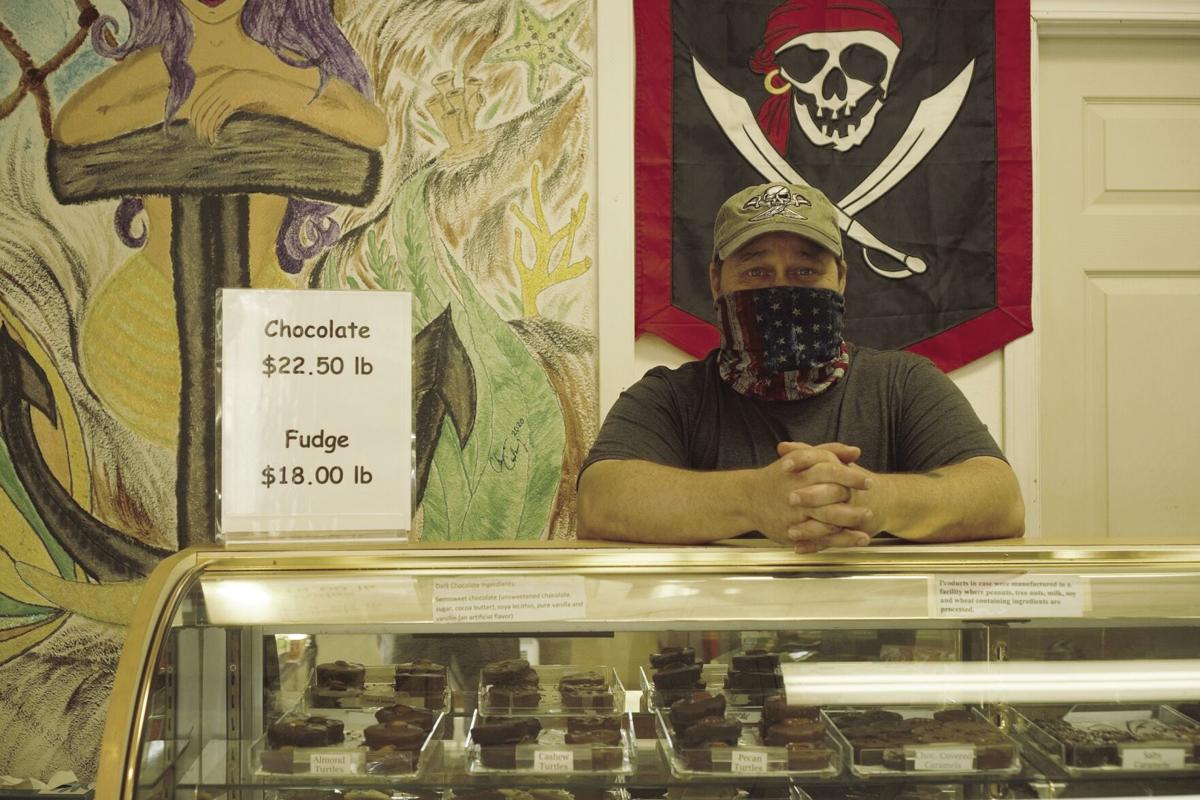 Andrew Sale, owner of Whale’s Tail Candy and Gifts, said he and his family spent almost every family vacation in Brookings, now they are locals. 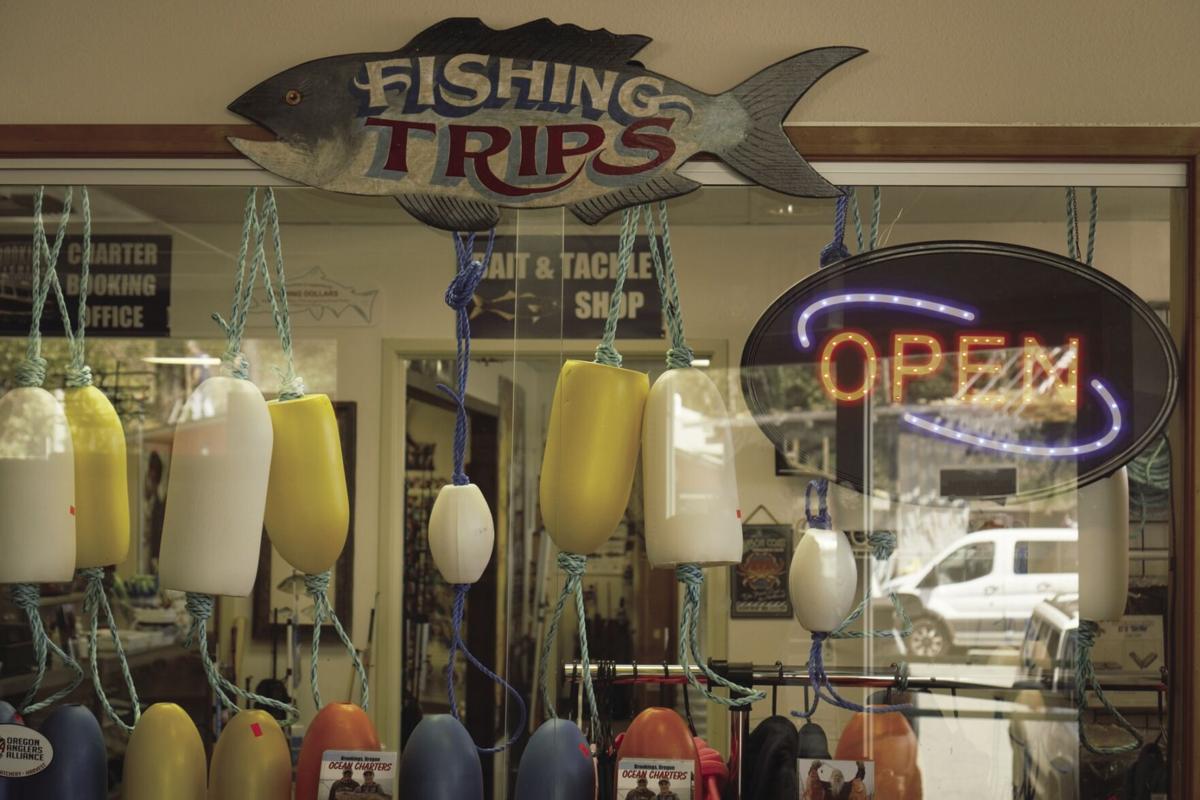 In 2018, visitors spent $2.2 billion in the region, and the tourism industry accounted for 23, 460 of its jobs, according to a Travel Oregon economic impact report.

Andrew Sale, owner of Whale’s Tail Candy and Gifts, said he and his family spent almost every family vacation in Brookings, now they are locals.

In 2018, visitors spent $2.2 billion in the region, and the tourism industry accounted for 23, 460 of its jobs, according to a Travel Oregon economic impact report.

On a hot spring day, vehicles with license plates from states all over the continental U.S. filled the port of Brookings-Harbor parking lot, an indication that it could be a busy summer ahead for local businesses.

Tad Hirabayashi and Kailyn Nguyen were visiting from California in their RV. They said Brookings has been everything they need while traveling and working remotely.

“We were going to stay just one week, but the morning after we arrived, we called the park and asked to extend another week,” said Nguyen.

The visitors are welcomed with open arms by local business owners, including Andrew Sale, owner of Whale’s Tail Candy & Gifts. Sale said he and his family frequently vacationed in Brookings before they moved here six years ago. He and his wife just bought Whale’s Tail last June.

“We couldn’t let it go. My daughter had her first ice cream right there in front of that ice cream cooler,” said Sale.

Despite opening up during a pandemic, Sale said business has surpassed his expectations.

“It has been busier than what we expected, and I just think it’s going to get better,” said Sale. “There were a couple months during the year where it slowed down quite a bit, but not as near as much as we thought it was going to.”

It’s hard to overstate the economic importance of tourism in the towns and cities along the Oregon Coast. In 2018, visitors spent $2.2 billion in the region, and the tourism industry accounted for 23,460 of its jobs, according to a Travel Oregon economic impact report.

However, revenue from tourism fell 58% statewide from 2019 to 2020, due to the pandemic and subsequent shutdowns. Moreover, the decrease in tourism led to a 20% drop in the coastal region’s tourism-related jobs, according to another Travel Oregon report.

“The charter trips for most charters were actually up last year, after the initial shutdown,” said Martin. “April and May were not very good but looking on to the summer months things were going well.”

Martin said he thinks the charter fishing business remained busy during the pandemic because travelers were hesitant to get on airplanes, but still wanting to travel someplace, they took road trips to quaint, coastal towns like Brookings instead.

Martin said he expects a rebound in tourism this year, meaning it might be an even bigger year for charter fishing, which bodes well for other businesses in the area, such as hotels, restaurants and coffee shops ­- they are all connected, he said.

“When somebody drives around town in July or August and all the motels are full and a lot of the restaurants are full, a lot of these people are visitors who came over here to fish,” said Martin.

Bell and Whistle Coffee House looks out onto the port. New owners Matthew and Anna Powers said they got a boost in business during the latter part of the fishing season last year, and they look forward to the continued relationship between businesses.

“All of the charters leave from this parking lot and go out on boats that are down here. So, we get a lot of traffic, and then that brings families,” said Anna Powers.

Anna Powers said they also see a lot of patrons come in from the local campgrounds, looking to warm up with a hot cup of coffee. Wherever they come from, Powers is glad they are here.

“Curry County, between us and Gold Beach, is heavily reliant on tourism. People love to come visit the ocean and the shops that are down here, and it’s nice to be a welcoming place,”

Curry County businesses being so reliant on tourists is marketing malpractice. The Count of Curry Commerce will have to learn 'em on how to be prosperous even during insane lockdowns.