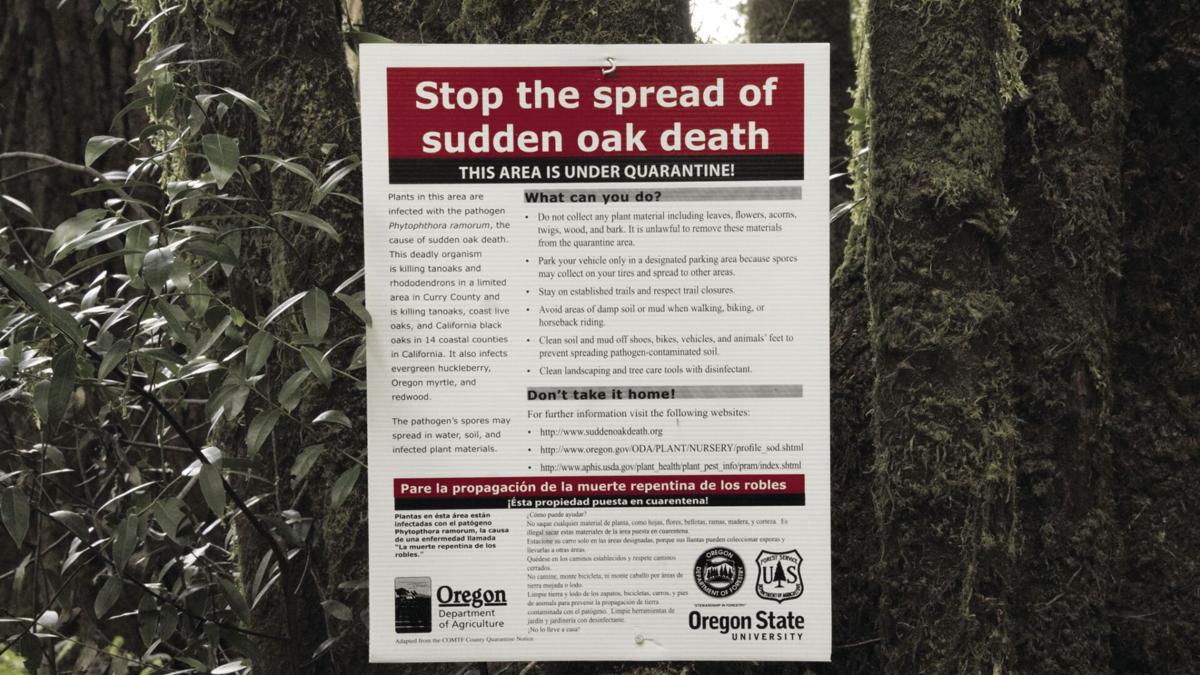 A sign warns people to be on the lookout for trees infected with Sudden Oak Death. 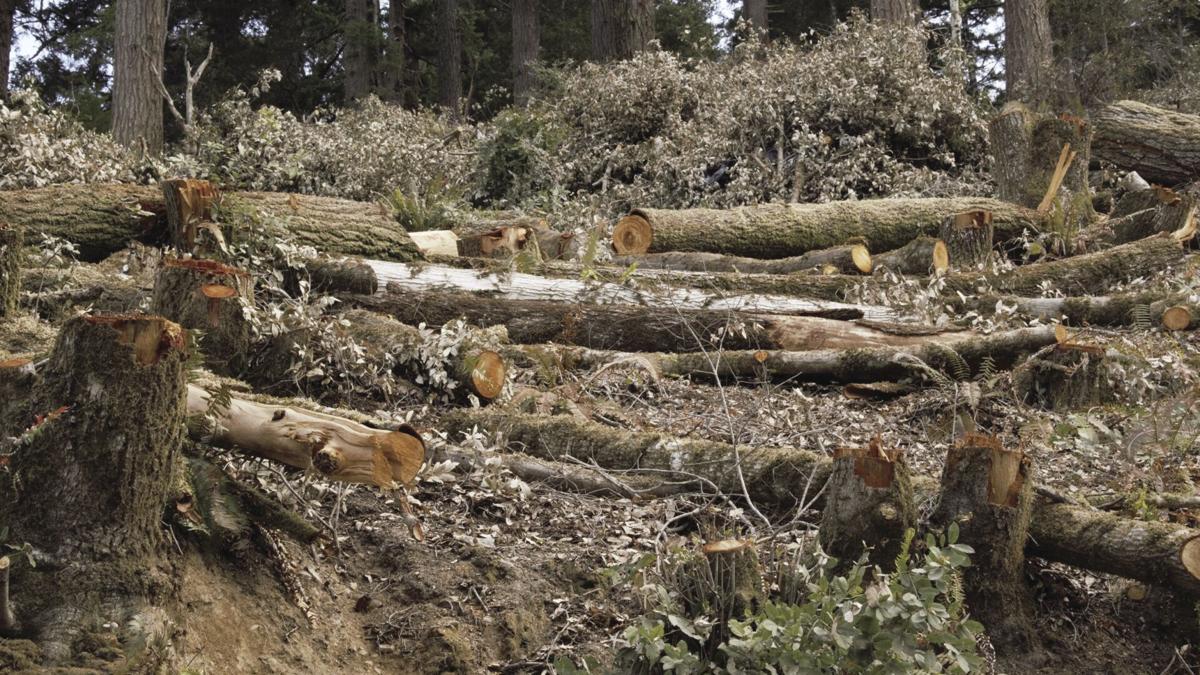 Tanoaks are waiting to be burned after they were cut down in an attempt to limit the impact of Sudden Oak Death. The tree pathogen has been found in Curry County and Northern California.

A sign warns people to be on the lookout for trees infected with Sudden Oak Death.

Tanoaks are waiting to be burned after they were cut down in an attempt to limit the impact of Sudden Oak Death. The tree pathogen has been found in Curry County and Northern California.

The Oregon Department of Forestry is taking an aggressive tactic with Sudden Oak Death, as it continues to spread in forests throughout Oregon and Northern California.

Most recently, the ODF cleared 21 acres of Tanoaks out of the Rogue River-Siskiyou National Forest, about 10 miles inland from Gold Beach near Myrtle Tree Trail, after discovering a patch of five infected trees. Charles Grell, Sudden Oak Death forester with the Rogue River-Siskiyou National Forest, said new infections found outside of the quarantine areas, such as this one, are especially worrisome.

“We could lose Tanoaks out of the entire forest, which would be devastating,” said Grell.

The SOD disease is caused by an invasive plant pathogen known as Phytophtophora ramorum, which belongs to a larger family of water molds called phytophthora. P. ramorum spores are spread high up in the canopy of a forest. Once a tree is infected, it will eventually develop blank cankers or lines, in the trunk, branches or leaves.

Sudden Oak Death is a bit of a misnomer though, Grell said, as it affects as many as 120 other species of plants and trees, and it’s not as sudden as we once thought.

“Before they knew what was causing the disease, they would notice tanoaks. One day you notice a healthy tree, and then a couple of weeks or months later, it would be completely dead,” said Grell.

However, the disease can be present in the canopy up to two years before a tree shows signs of death.

Although most other plant species can fight off a P. ramorum infection, the Tanoak cannot, and usually dies as a result. Grell stressed the importance of the tree.

“Tanoak is a large component of the forest here, and it’s one of the heavier acorn producers, which animals browse on. The acorns are also culturally significant to the tribes in the region,” said Grell.

Forest workers use a couple of different techniques to identify a possible infection. One of them is called streambaiting, which involves placing a small amount of rhododendron leaves in a bag and securing the bag in a stream near a suspected infection. If there are infected trees present nearby, spores will fall into the stream and infect the leaves in the bag.

Another infestation of suspected SOD was discovered in some Tanoaks last month along Highway 101 near Port Orford, according to a May 18 press release from the ODF. This infection also comes outside the current 515 square mile quarantine area.

There are three known strains of P. ramorum: NA1, NA2 and EU1. The site near Myrtle Tree Trail was confirmed to be EU1, which is a more resilient strain and could be more transmissible, according to Grell. The site near Port Orford is awaiting secondary testing to identify a strain. Treatment of the Port Orford site will begin shortly.

What are your July 4th plans?