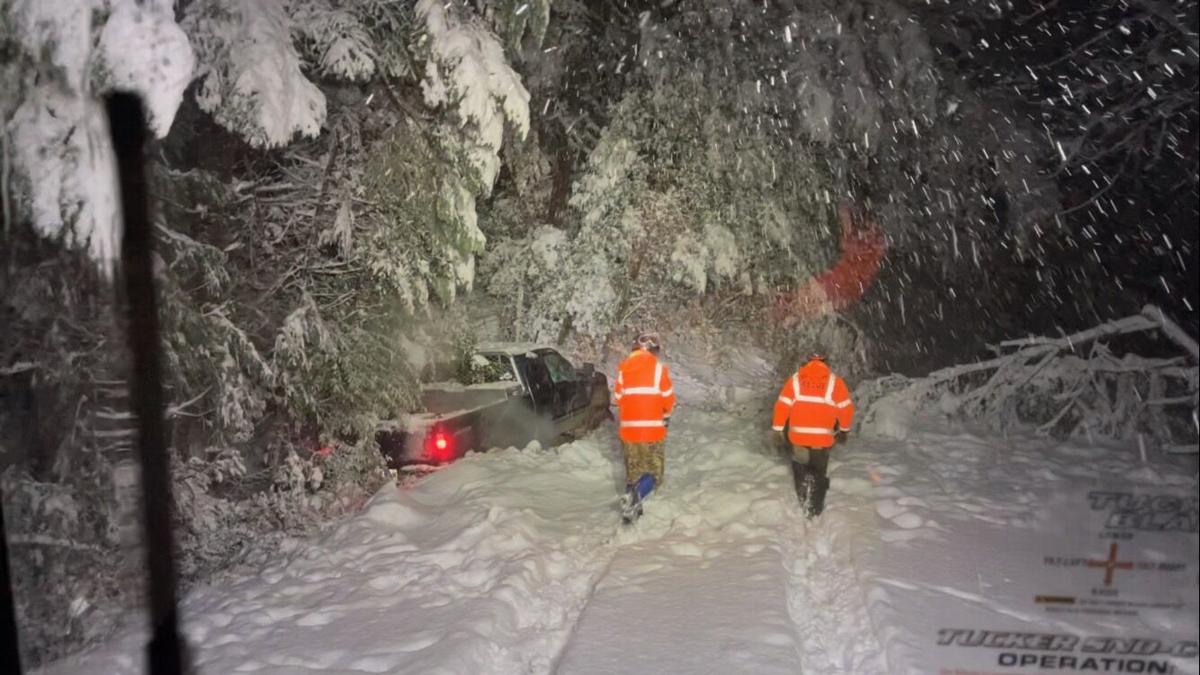 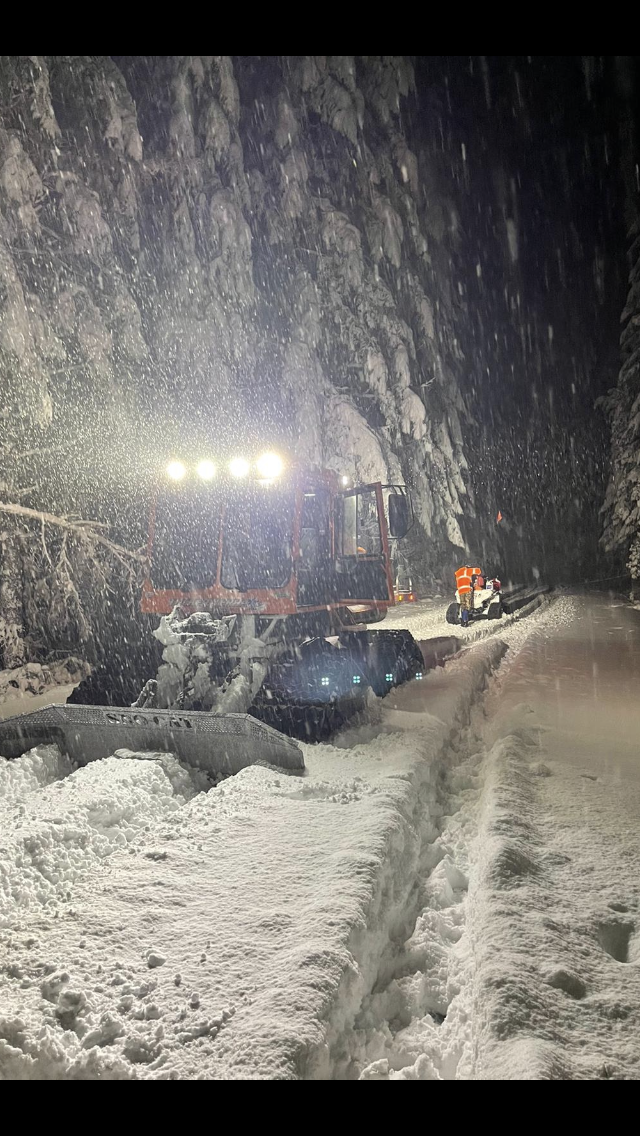 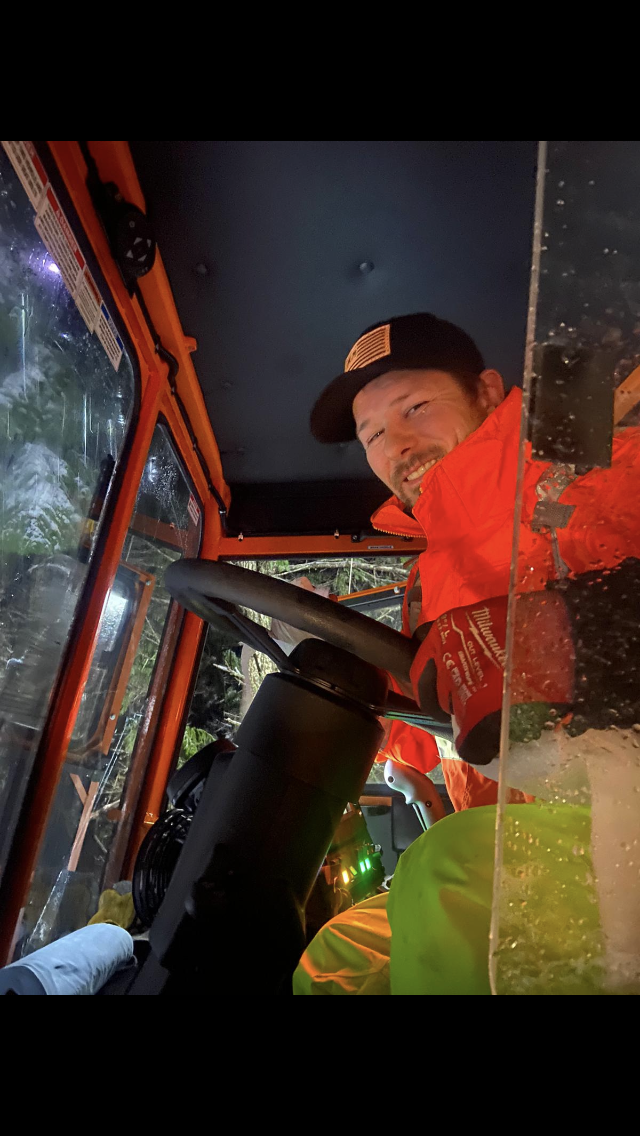 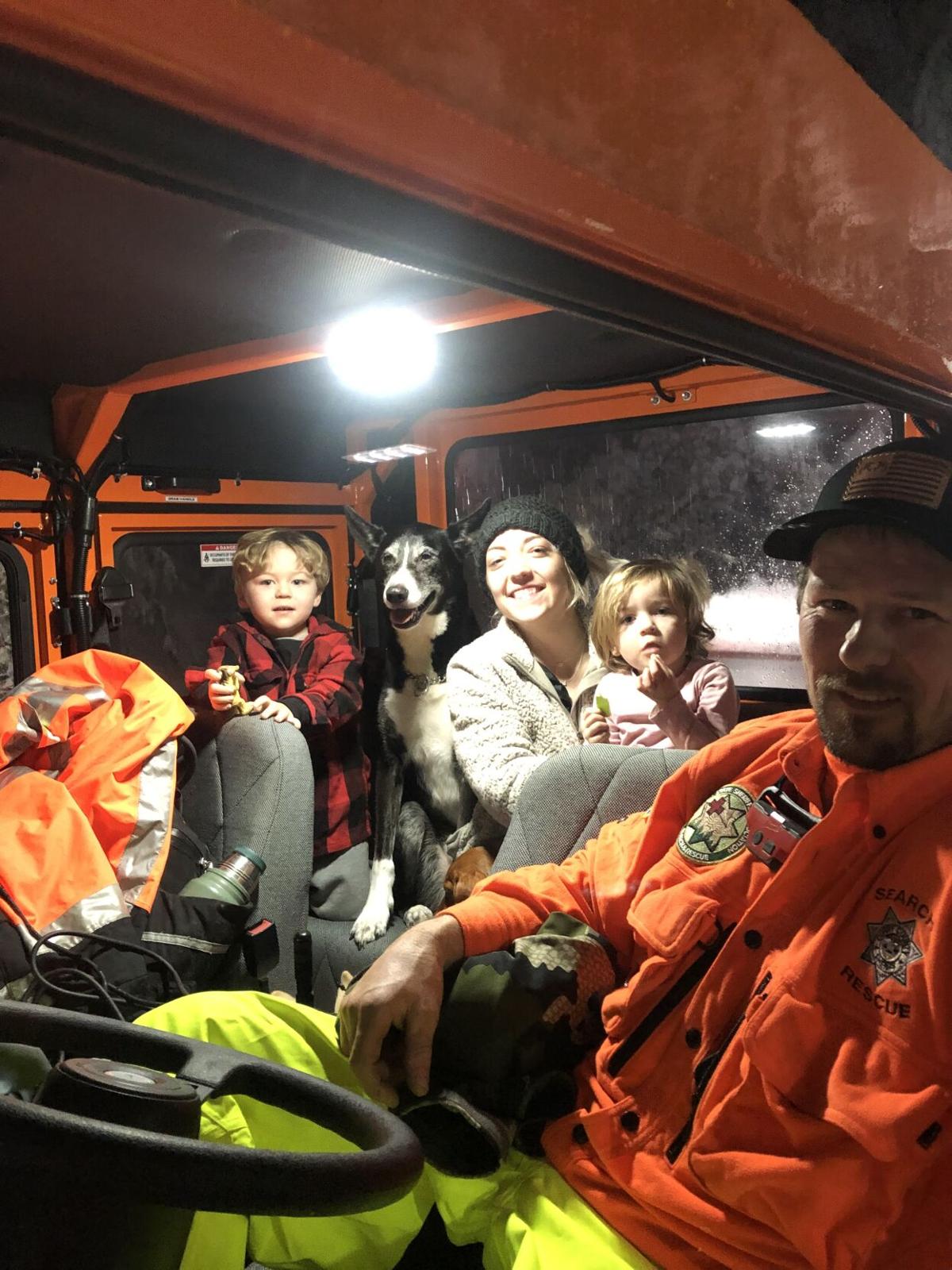 Sunday December 26, 2021 at about 6:04pm, the Curry County Dispatch center received a 911 call from a phone number belonging to Kody Rosenstiel. There was no voice contact due to poor service location, but dispatch was able to determine that the call was from the Bear Camp Road area above Agness.  Dispatch was not able to reconnect at that time.

About thirty minutes later, dispatch received another 911 call from the same number and was able to determine that twenty-two-year-old Kody Rosenstiel of Broadbent, twenty-three-year-old Miranda Davis of Gold Beach, two children ages two and three and three dogs were stuck in the snow about six miles up Bear Camp Road from Agness.

On their  way to Agness, the SAR team had to navigate around a slide on the Agness Road to continue their mission.  Once deployed on Bear Camp Road, Will Tucker with the tracked ATV went out ahead and had to cut trees that were in the roadway and the Sno-Cat operated by Ryan McGinnis and Steve DiCicco pushed the trees out of the roadway to continue up hill in heavy falling snow.

At about 10:25pm, the SAR team located the subjects and their stuck vehicle, and after winching the vehicle out with the Sno-Cat, it took about an hour to get them back down to the main Agness road.  The Sno-Cat has proven to be a very valuable asset, making it easier and safer for the SAR team to search larger areas in less time.

The Curry County Sheriffs’ SAR team did an amazing job with all the obstacles they had to deal with to get the stranded family back to safety.  This is another example of people putting themselves in harms way and SAR saving lives.

Kudo’s for our Dispatch for working hard to determine a general area where the 911 call came from and getting the resources out to rescue the stranded family.