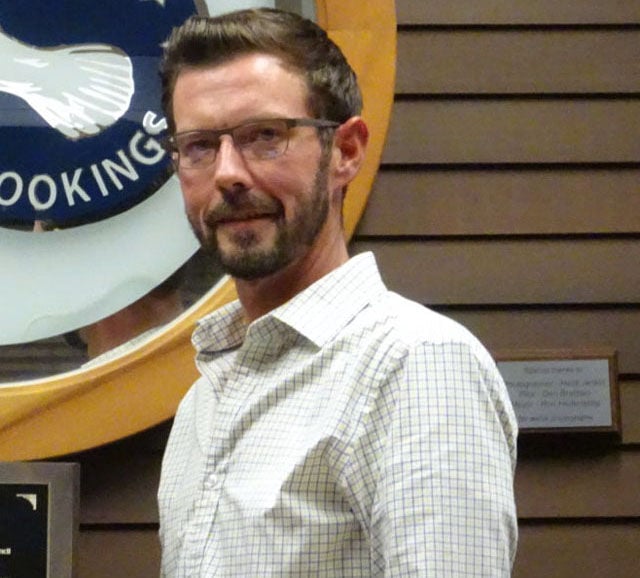 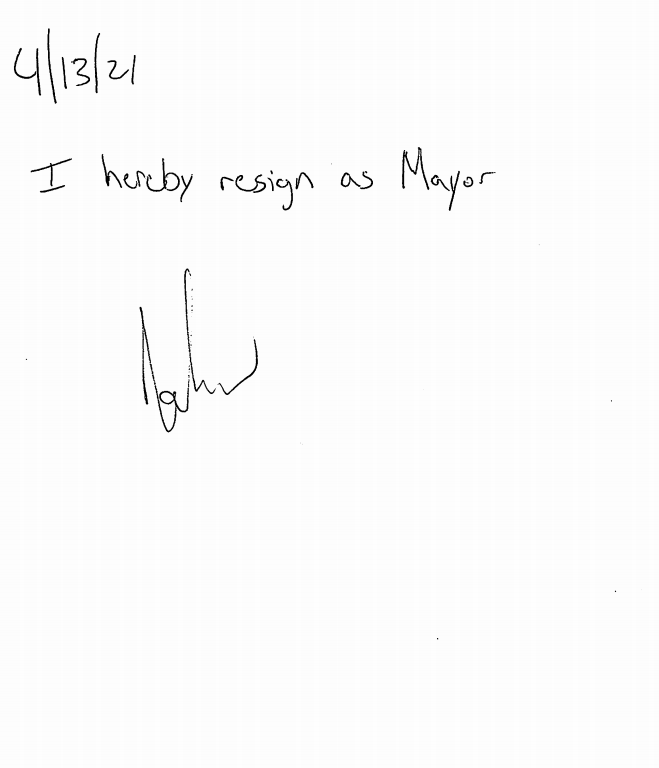 Jake Pieper has resigned from his position as mayor of Brookings.

In a Facebook livestream Tuesday night, Pieper said he resigned because he lost the support of the city council.

Pieper came under fire at a Monday council meeting for writing a personal letter to the Oregon Community Foundation in support of Project Turnkey in Curry County. Project Turnkey is a statewide initiative which allows local governments to acquire motels and hotels for use as non-congregate shelter for people experiencing homelessness or at-risk of homelessness.

During his livestream, Pieper said he expected some backlash from the letter, however, he did not foresee how severe the backlash would be.

“I knew that they wouldn't like it, and I knew it would be a serious issue for them to live with something they didn't have any control over… I was expecting to show up and take my medicine,” said Pieper. “What I didn’t expect was...painting a narrative that something malicious or underhanded was going on. That one really surprised me.”

Alcorn said Pieper did not violate the law by writing the letter, but he did infringe on the trust of the council.

“I was disappointed to learn that the mayor had written a letter of support for a project that would have this level of an impact on our city. What makes me disappointed is that we were never notified and this letter was never discussed with us,” said Alcorn.

Then, Alcorn filed a motion to write a new letter to Oregon Community Foundation, this time on the behalf of the council, to not support Project Turnkey with the current information about the project. The motion passed 3-2 with votes of support coming from Councilors Alcorn, Ed Schreiber, and John McKinney. Councilor Ron Hedenskog voted no, as did Pieper.

As a result of the meeting, Pieper said he felt he had three options.

“Be pony whipped mayor for the rest of my term, or fight back, or resign.”

Pieper’s career in public service began in 2008, when he was appointed to the Brookings City Council as a 25 year old, making him the youngest councilor in city history. In 2012, Pieper was appointed council president, and was reappointed in 2013 and 2014. He was initially elected mayor in 2016, and was re-elected in 2018 and 2020. His term was set to expire in January of 2023.

During his tenure as mayor, Pieper oversaw the completion and inception of some notable city projects, including the acquisition of the Brookings Airport, the construction of the Capella building in Azalea Park, management of the Salmon Run Golf Course, street improvements downtown, implementation of a local fuel tax to fund street improvements, ongoing overhauls of the city water, wastewater and stormwater systems, relocation of the Southwest Oregon Community College and many others.

The current Council President John McKinney, will handle mayoral tasks until someone is appointed to the position. The next council meeting is scheduled for April 26, but it is undetermined whether someone will be appointed mayor at the meeting, said Natasha Tippetts, deputy city recorder.

"a statewide initiative which allows local governments to acquire motels and hotels for use as non-congregate shelter for people experiencing homelessness or at-risk of homelessness."