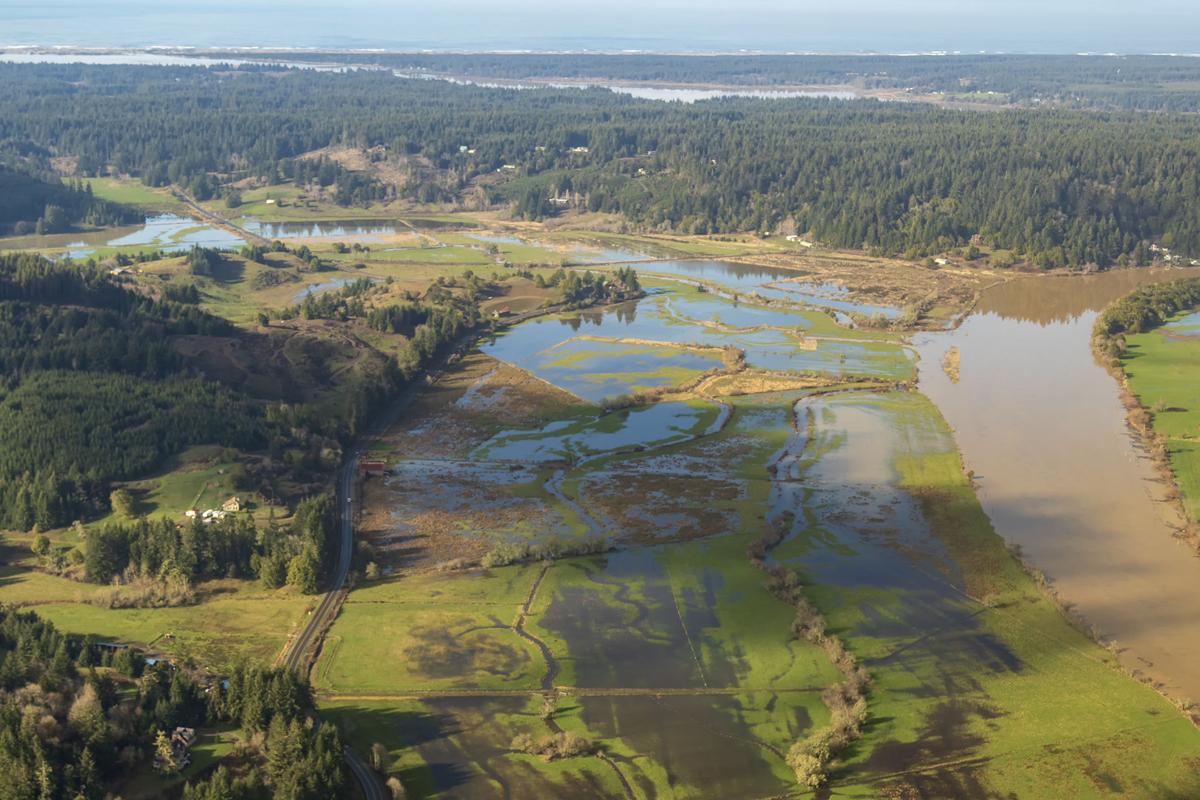 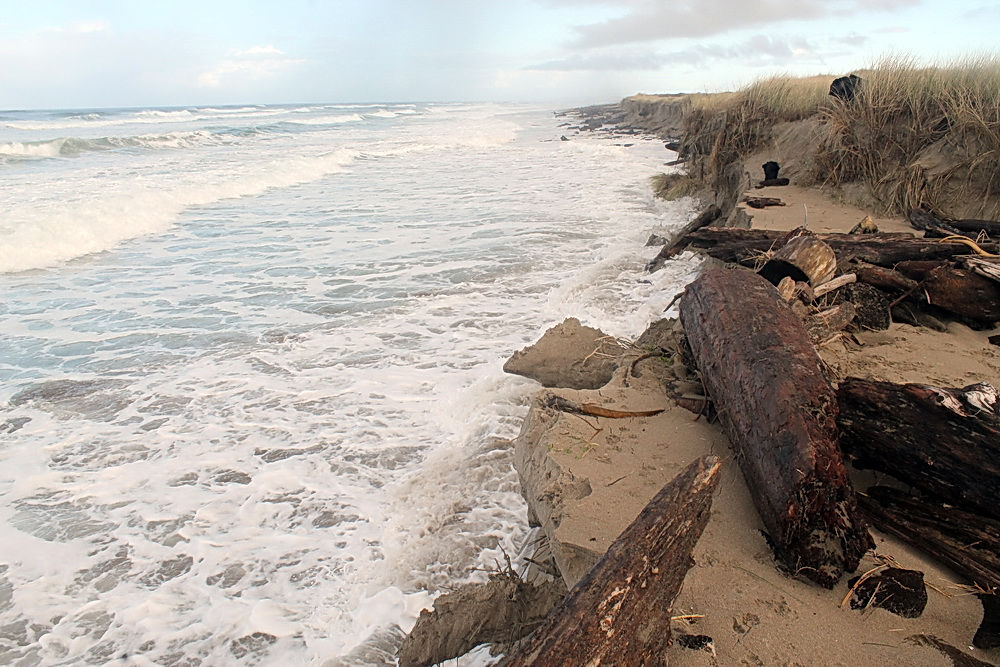 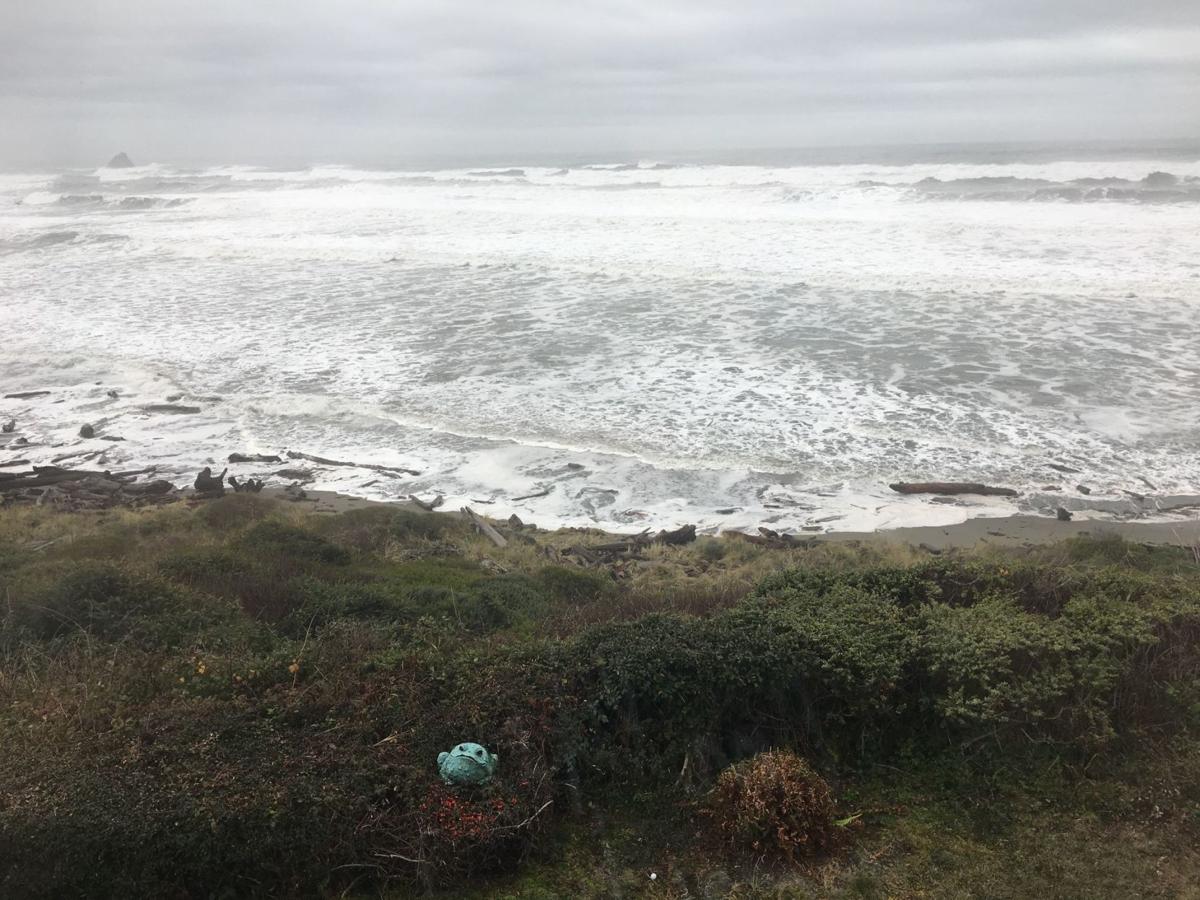 This photo shows the 2018 king tides along Gilbert Way at Smith River in Del Norte County. 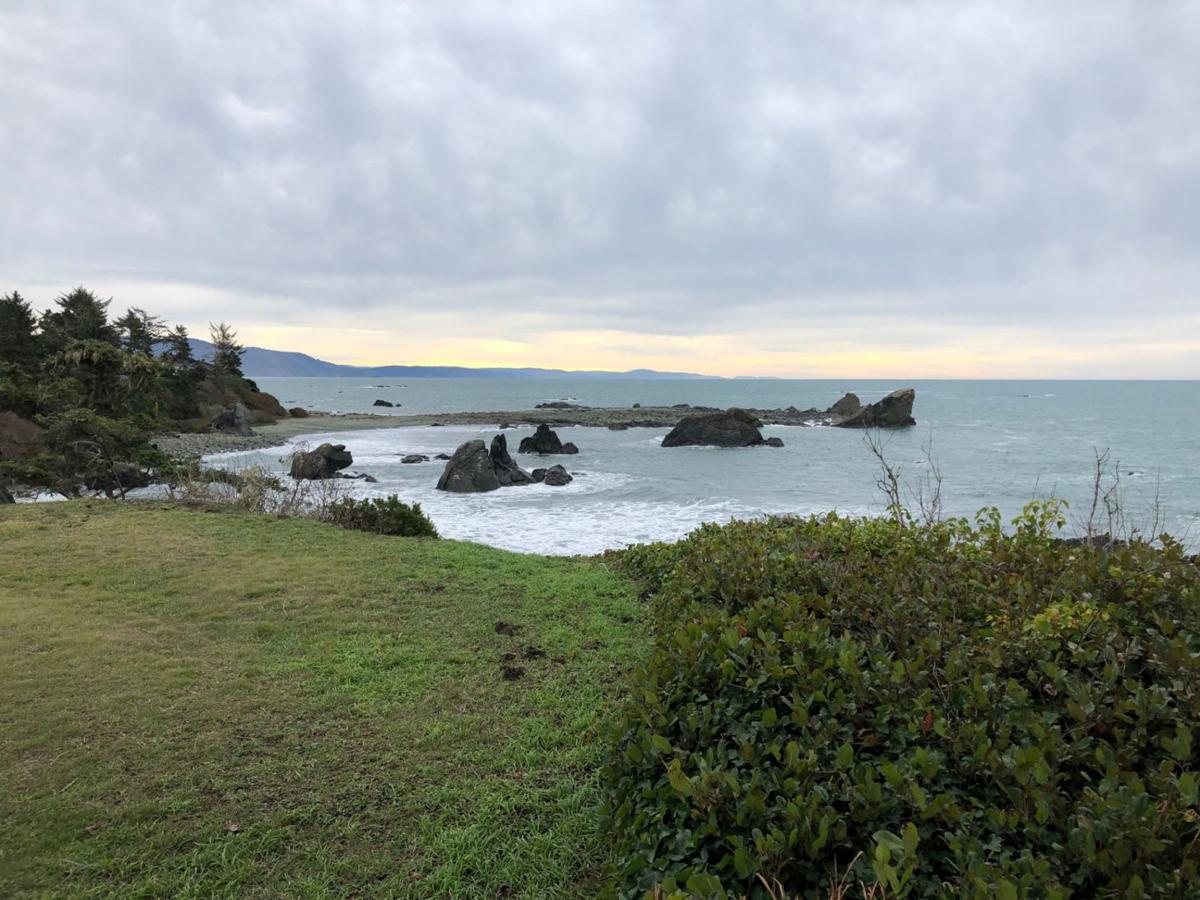 This is photo shows the 2018 king tides at South Pebble Beach in Crescent City.

This photo shows the 2018 king tides along Gilbert Way at Smith River in Del Norte County.

This is photo shows the 2018 king tides at South Pebble Beach in Crescent City.

CoastWatch is predicting king tides Nov. 25 through Nov. 27 and soliciting photos of the tides from volunteers.

CoastWatch is a citizens monitoring group that coordinates Oregon’s participation in an international science project to document, through photography, the highest reach of the highest tides along Oregon’s coast.

The height of the king tides vary every year depending on whether they are accompanied by rain and snow, according to CoastWatch volunteer coordinator Jessie Jones Jones, who said the tide charts for Brookings/Chetco predict an 8.2 foot tide on Nov. 25, 8.3 on Nov. 26, and 8.2 on the Nov. 27.

The high tide number is the height above the mean sea level.

“Seeing that the average is about 7 for that month, these will likely be pretty good tides,” Jones said. “Tidal range up to 10.1 feet is pretty typical for the Oregon Coast in the winter, so if there’s rain happening, that predicted 8.2, 8.3 could easily be 10 feet or more.”

The international project began in Australia, where the highest tides of the year are known as “king tides.” The tides arrive when the sun, moon, and earth are in alignment, causing a stronger than usual gravitational pull.

This is the 10th year that Oregon has participated in this international citizen science effort. The project is sponsored by the CoastWatch Program of the Oregon Shores Conservation Coalition and the Oregon Coastal Management Program of the Department of Land Conservation and Development, along with local partners.

The other two high-tide sequences this winter on which the project’s volunteers will focus take place Jan. 10-12 and Feb. 8-10.

How you can participate

Anyone with a camera can participate, but is encouraged to take safety precautions when taking photos of the ocean tides. At high tide on any of the three project days, the timing of which varies, depending on location, find a safe spot to observe the tide in relation to the land, snap photos, and post them online.

King tide photos can be taken anywhere affected by tides, whether on the outer shoreline, in estuaries, or along lower river floodplains. Photos showing high water in relation to infrastructure, such as roads, bridges and seawalls, can be particularly striking, and reveal where flooding problems threaten. Shots of marshes or other habitats being inundated, or coastal shorelines subject to flooding and erosion, are also useful.

The goal of this long-term citizen science project is to document the highest reach of the tides on an ongoing basis, for comparative study over a period of many years. Photographers who participated in past years are urged to return to the locations from which they took earlier king tide photos so as to track the tides in that location over time. Photographers are also urged to return to the same locations to take comparison shots at ordinary high tide.

While the King Tides Photo Project can help to identify areas that are currently threatened by flooding, the more important purpose is to gain a preview of sea level rise, according to CoastWatch.

The king tides, while extreme today, will become the “new normal” as sea level continues to rise, and storm surges increase, due to global warming, CoastWatch organizers said. Gaining a glimpse of tidal inundation likely to become common decades into the future will benefit planners, resource agencies, conservationists, and coastal citizens in preparing for these changes.

Since 2010 the California Coastal Commission has engaged citizens in the California King Tides Project. Inviting the public to safety take photos and video of the king tides in low lying areas. The Commission’s education and grant coordinator, Annie Kohut Frankel, said the king tides are between one to two feet higher then average tides.

“This project allows us to understand what areas are vulnerable to flooding,” she said. “Observing the high tides allows us to see what may flood and what may be vulnerable over the next decades. It also helps the public and planners to be aware of current and future risks and to follow the sea rise.”

Frankel said the next king tides project watch will be Jan. 10-12 and Feb. 8-9, but high tides are expected along the California coast Nov. 25-27, with the highest tides on Nov. 26.

“Next Tuesday in Crescent City high tide is expected at 10:33 a.m. at 8.27 feet,” she said. “That could give anyone wishing to participate in the January and February king tides project a chance to see the impact on low lying areas, which could include some flooding.”

Frankel cautious people to be aware of the high tides and to take precautions if they are on the beach.

It's almost "Back to School" time. Do you think students should return to actual classrooms?

'Metrics' will determine how school will be conducted in Brookings-Harbor; start date for students moved to Sept. 8

Salute to the U.S. Coast Guard

The international project began in Australia, where the highest tides of the year are known as “king tides.” The tides arrive when the sun, moon, and earth are in alignment, causing a stronger than usual gravitational pull.

'Metrics' will determine how school will be conducted in Brookings-Harbor; start date for students moved to Sept. 8

Salute to the U.S. Coast Guard