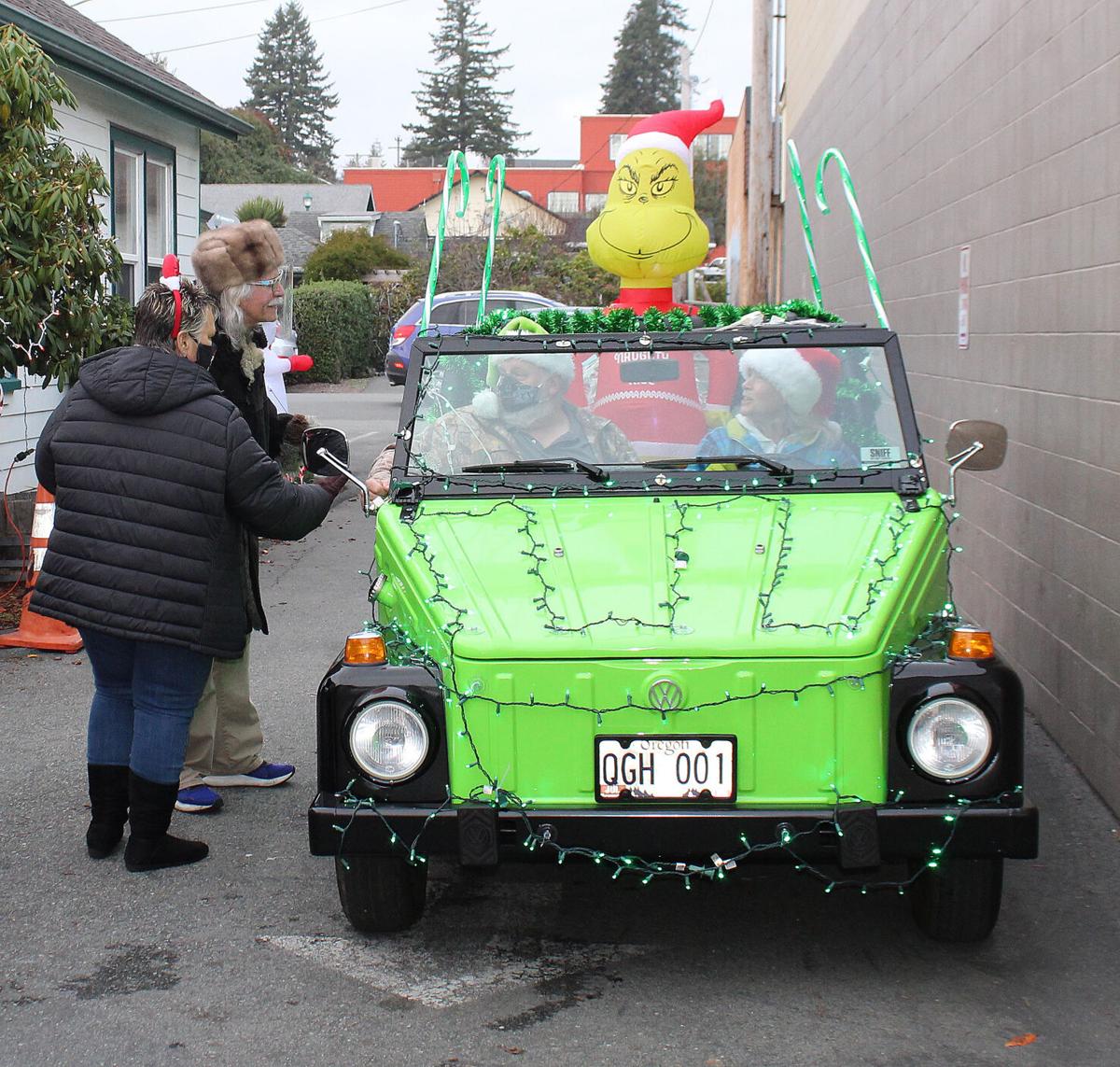 Even the Grinch got the Christmas spirit last week as people donated food and money to the Brookings Harbor Food Bank. 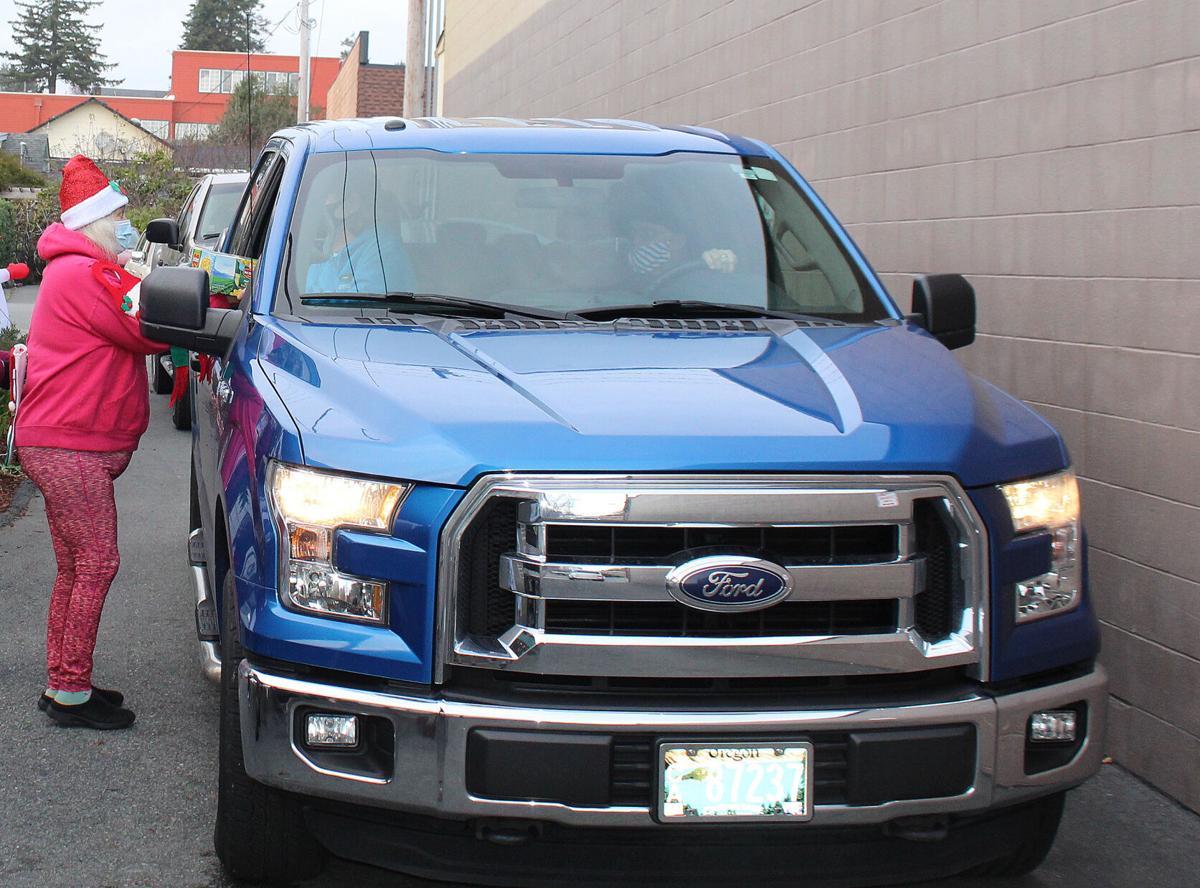 Volunteers from the Brookings Harbor Food Bank collect food from people who donated during a drive-through food drive. 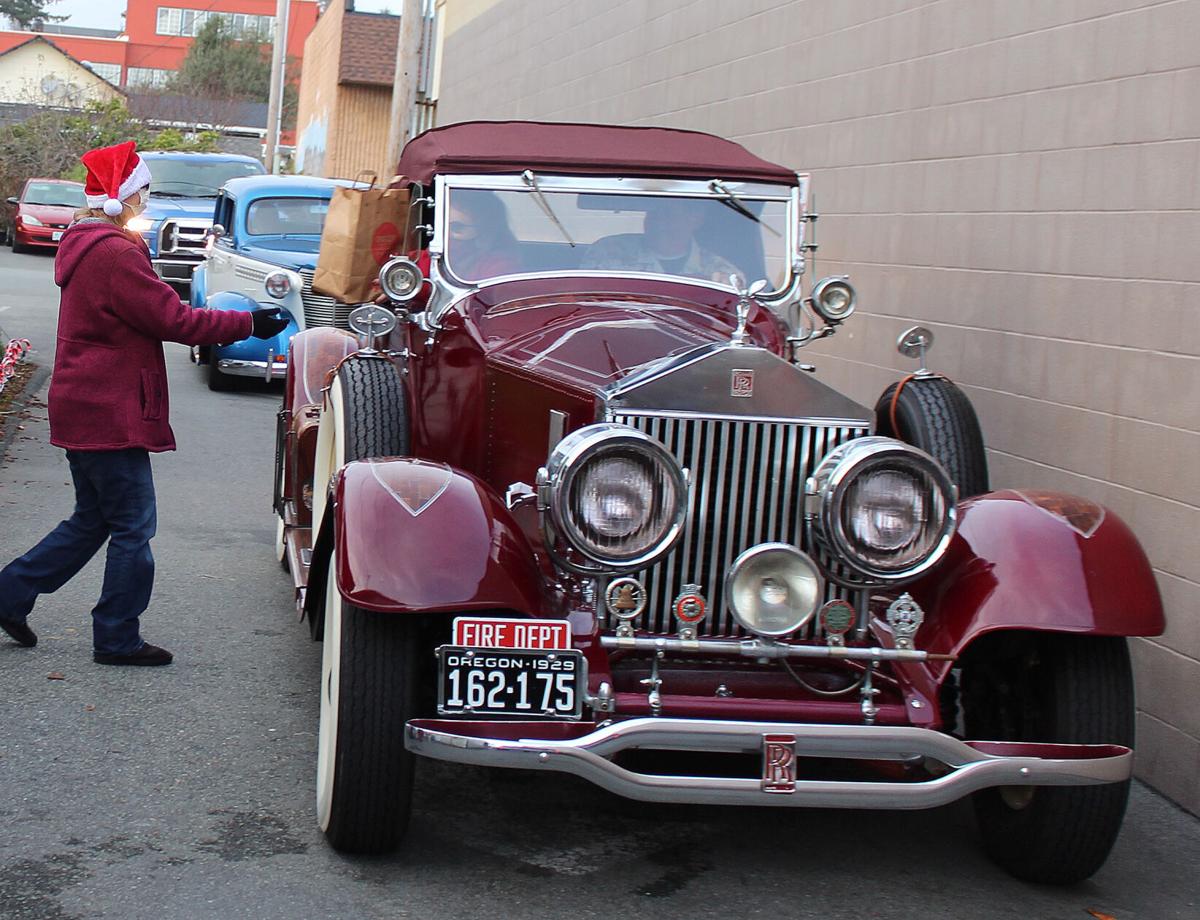 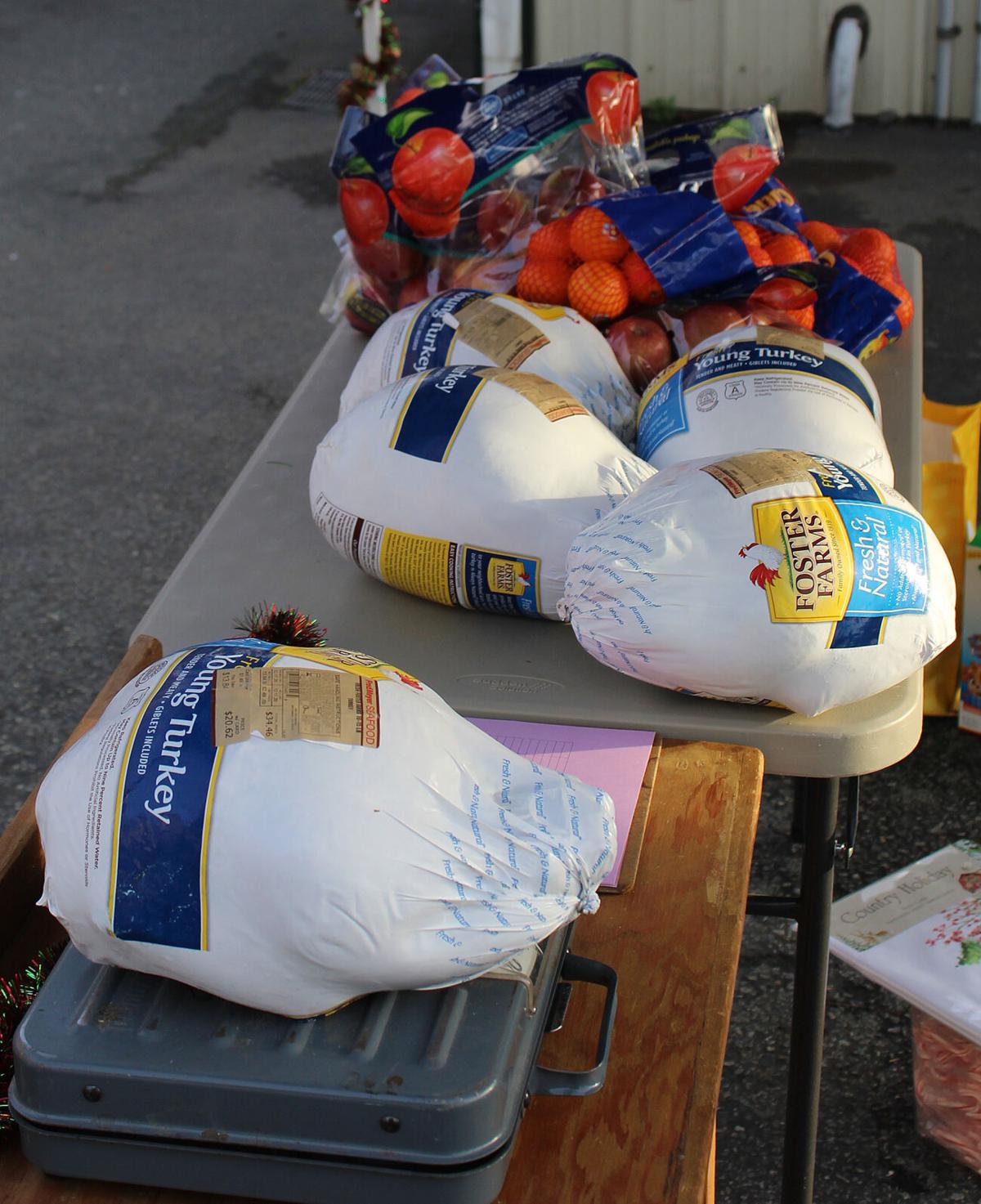 Turkeys, fresh fruit and lots of canned goods were received during the food drive.

Even the Grinch got the Christmas spirit last week as people donated food and money to the Brookings Harbor Food Bank.

Volunteers from the Brookings Harbor Food Bank collect food from people who donated during a drive-through food drive.

Turkeys, fresh fruit and lots of canned goods were received during the food drive.

As the clocked turned to 4 o’clock Friday, the cars began to line up. One by one, they drove down the alley and dropped off food for people in need.

And as she watched, Pamela Winebarger couldn’t help but smile. Winebarger. The executive director of the Brookings Harbor Food Bank came up with the idea of a drive-through food drive as a way to collect food needed to feed the hungry in the community.

“The Elks do Christmas and we do Thanksgiving, but we always have a shortage,” Winebarger said. “That’s not the only reason we do a food drive. We also do the food drive to restock our shelves. They are not overflowing now. A lot of it goes to replace the shortage and make sure we can get through the new year.”

Because of the struggles COVID-19 has caused in the last year, organizations like the Brookings Harbor Food Bank have never been more important. At Thanksgiving, the food bank provided food for 407 families, 100 more than just a year earlier.

Winebarger said a lot of new people are coming in, pointing to a marked increase of families in need.

Winebarger, who helped in similar drive-through food drives in Carson City, Nevada, said she hoped to collect 2,500 pounds of food during the drive-through event.

While COVID has impacted families, it has also impacted organizations like the food bank. Through the year, the food bank traditionally hosts events to raise money and food, but in 2020, almost all were canceled.

“This is the first real thing we’ve done with COVID, and the best thing we’ve ever done,” Winebarger said. “We’re going to do it every year.”

As the cars began to arrive, led by several members of Crescent City Cruisers, Winebarger said things were going well. As cars arrived, volunteers from the food bank collected the donations, took them inside where they were weighed and placed on shelves. Before long, the food will be in the hands of people in need.

One the early arrivers stopped and helped volunteers unload five turkeys and 60 pounds of fresh fruit. As he drove off, he smiled and said, “I did what I could.”

With a steady stream of cars for 20 minutes, Winebarger said she was relieved and excited.

As they were collecting food, one man walked up and asked for help. Winebarger said that is common.

To help the Brookings Harbor Food Bank, donations can be dropped off at 539 Hemlock Street.