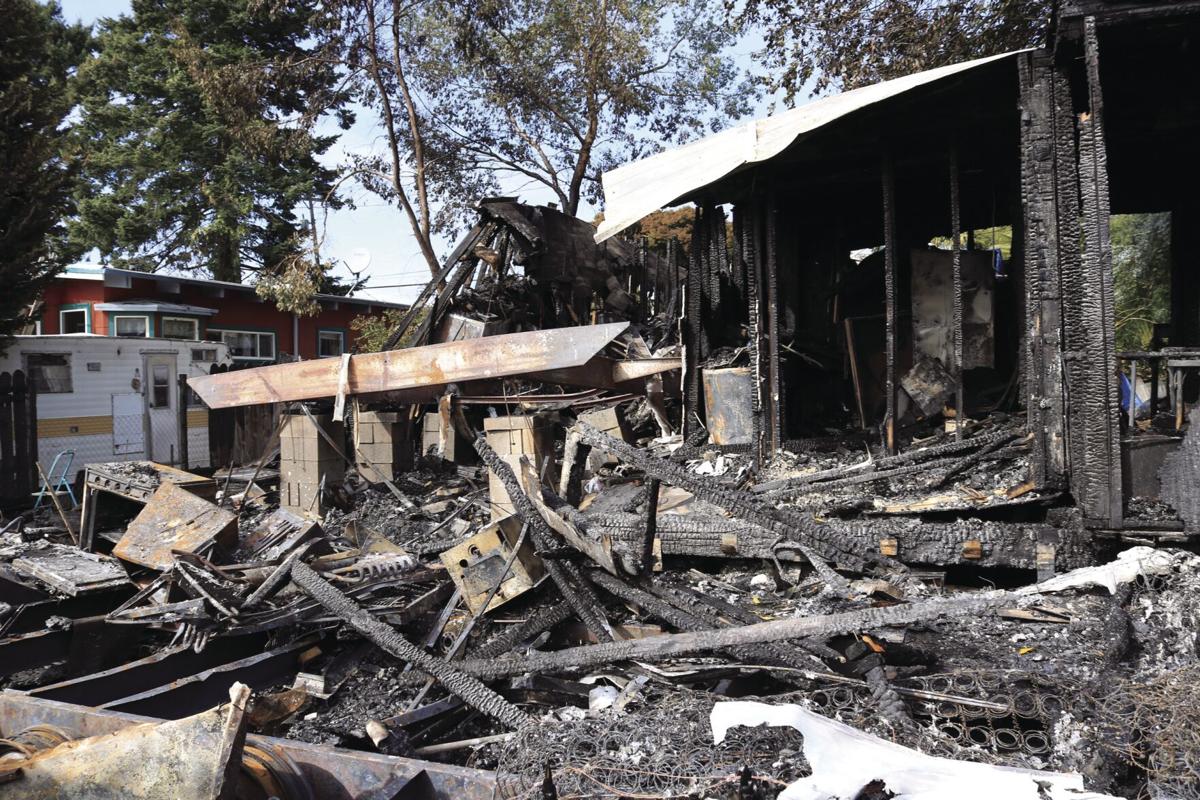 A fire that broke out early Monday morning destroyed a Brookings residence and may have killed a dog inside. The cause of fire was ruled accidental, but neighbors are questioning that outcome. 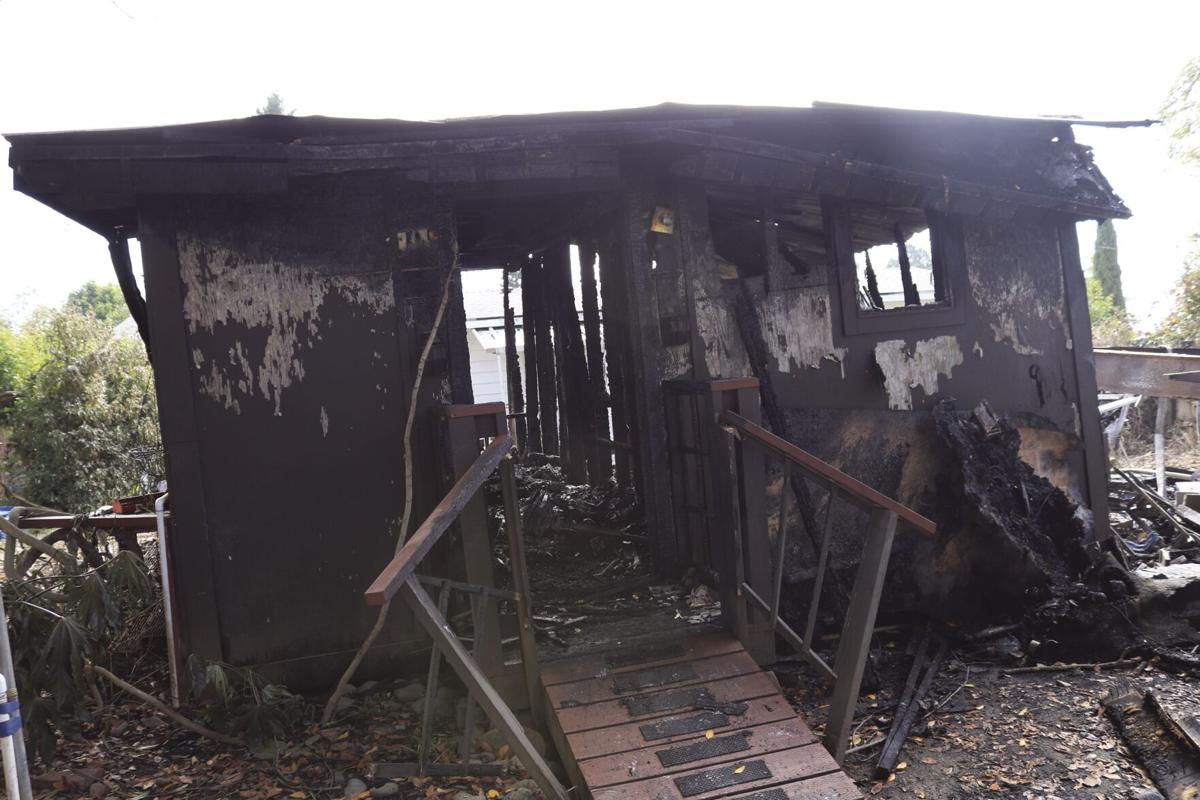 A fire that broke out early Monday morning destroyed a Brookings residence and may have killed a dog inside. The cause of fire was ruled accidental, but neighbors are questioning that outcome.

A devastating early morning fire that may have killed a dog was started by a person still squatting on the property who is now, according to the next-door neighbors, threatening to burn down their home. The fire occurred in the 97900 block of Court Street in Brookings at 2:53 am Monday.

Timothy Capps, the person allegedly responsible for the fire, was inside a camper Tuesday afternoon on the property and was eager to talk about the incident.

While showing the damage to the home, as well as a camper that was parked at the back of property - where Capps was previously staying - he spoke of “divine intervention” that included visions in his sleep of the female property owner escaping the fire unharmed.

While Capps’ dog sniffed at debris near his feet, he also talked about previous fires he had been in but was unable to elaborate except to say that divine intervention told him to wake up and leave the camper. He then dropped his jeans down to his knees, saying “I was wearing only these when it happened.” Underneath Capps’ jeans was a pair of red, flannel Santa Claus pajamas.

When asked how the fire started, he pointed to what appeared to be the point of origin, and said “It started right there, on the kitchen table.”

All that was left of where the kitchen table once sat was ash, debris and the metal framing of the camper.

According to Capps, he lit a candle Sunday night and fell asleep while it was still lit.

Witnesses and a first responder both said the scene of the fire was chaotic, and not just because of the intense flames.

According to Fire Chief Steve McClintock, of the Harbor Rural Fire District, the female owner of the home was uncooperative, and Capps was “getting belligerent.”

“I heard people freaking out,” said Andrew. “I ran out and started to battle the fire with my garden hose to protect our home. Our neighbors were fantastic and tried to help.”

To which Rebecca interjected with “but he (Capps) was jumping in and out of fire trucks and cop cars,” she said. “He was super combative. Still, they didn’t arrest him.”

According to McClintock, the fire has been ruled accidental, due to the lit candle.

McClintock added while it appears Capps is mentally incompetent, they have no reason to believe it was set intentionally.

Regardless, the VanScoyks said they are worried.

On Tuesday night, Rebecca and Andrew said they slept in shifts so they could take turns watching the perimeter of their home, in case Capps followed up on his alleged threats.

“He’s not even supposed to be there (in the other camper not destroyed by the fire),” Rebecca said. “He won’t get out of the camper. He broke into it.”

The VanScoyks also said they believe one of the dogs who lived in the mobile home perished in the fire, but another dog named “Hitch” was now being cared for by the Humane Society.

In the meantime, the VanScoyks reiterated they are on edge and afraid to sleep at the same time.

“He told us this is the fourth place he has been in that has burned down,” said Rebecca. “We also heard that he just got out of jail over the weekend, and he immediately came here and started to say he is going to set our house on fire.”

A call for comment to the Curry County Sheriff's Department was not immediately returned at deadline.