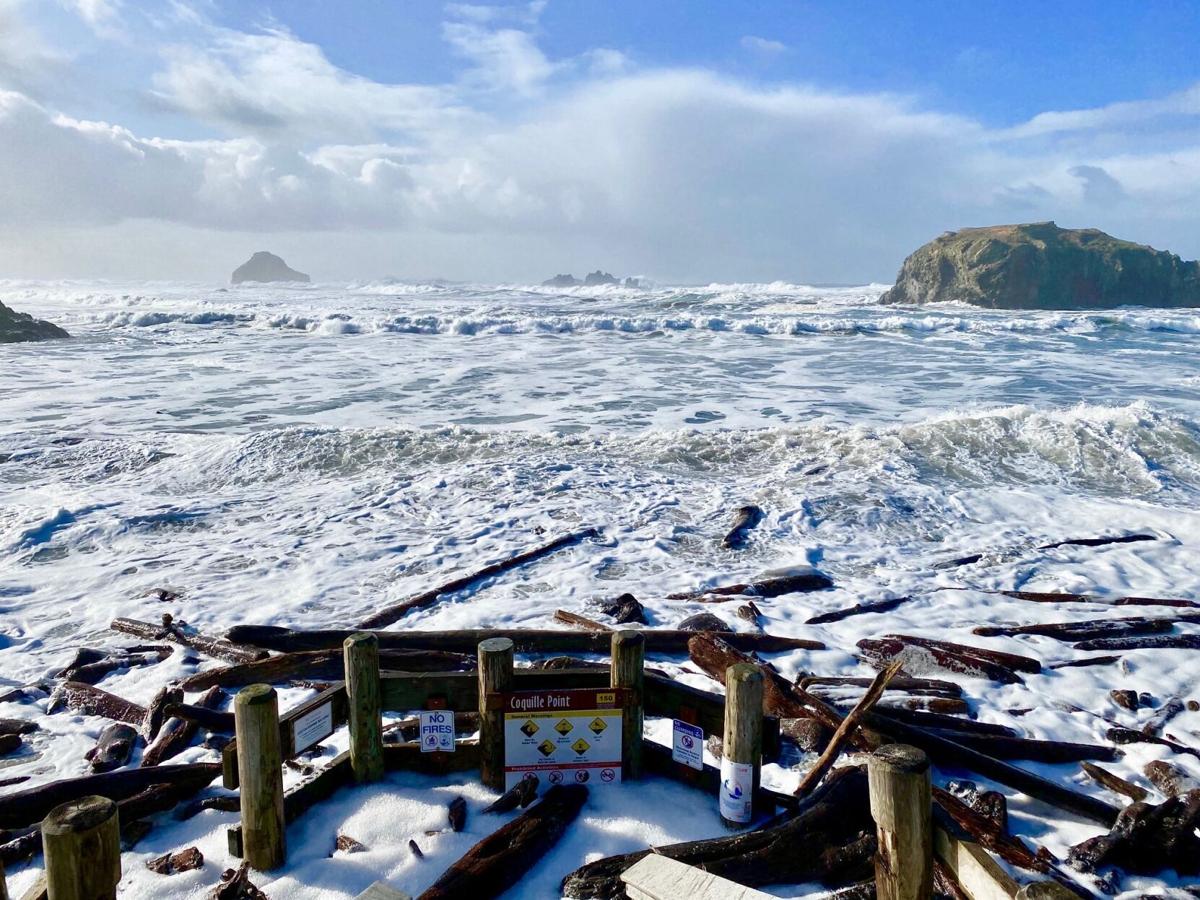 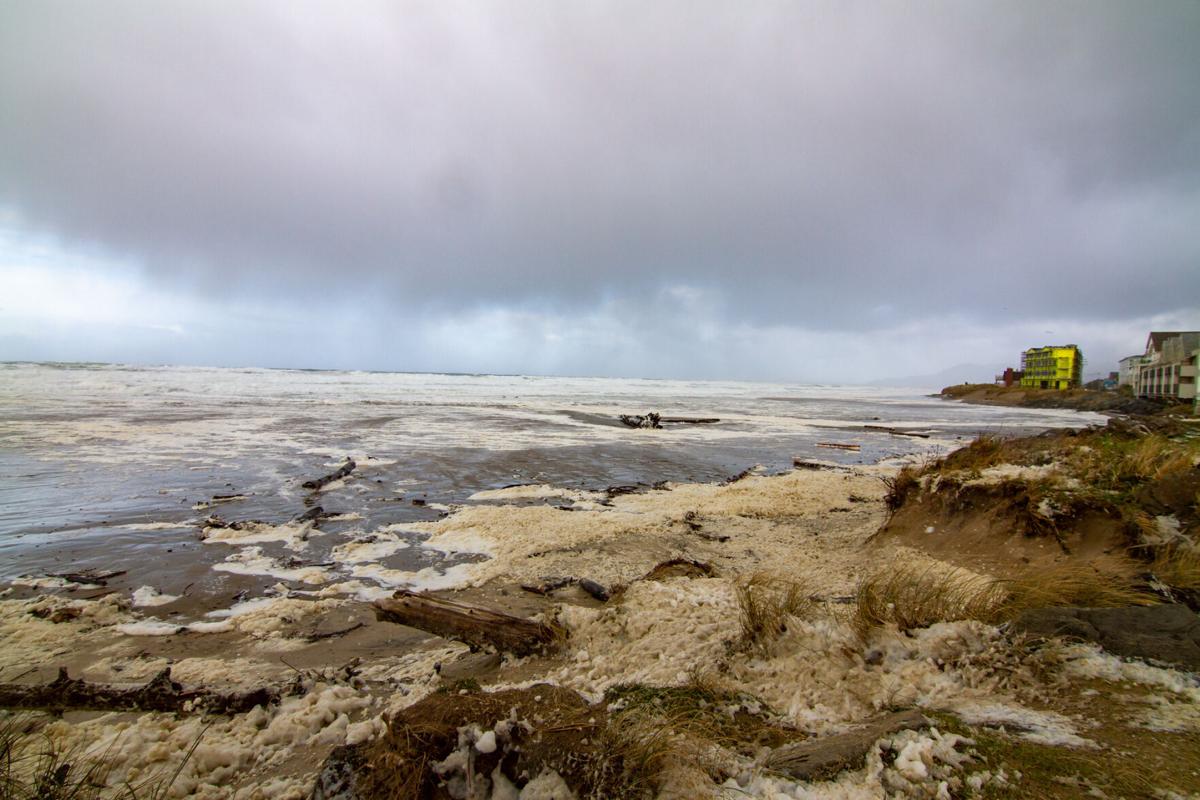 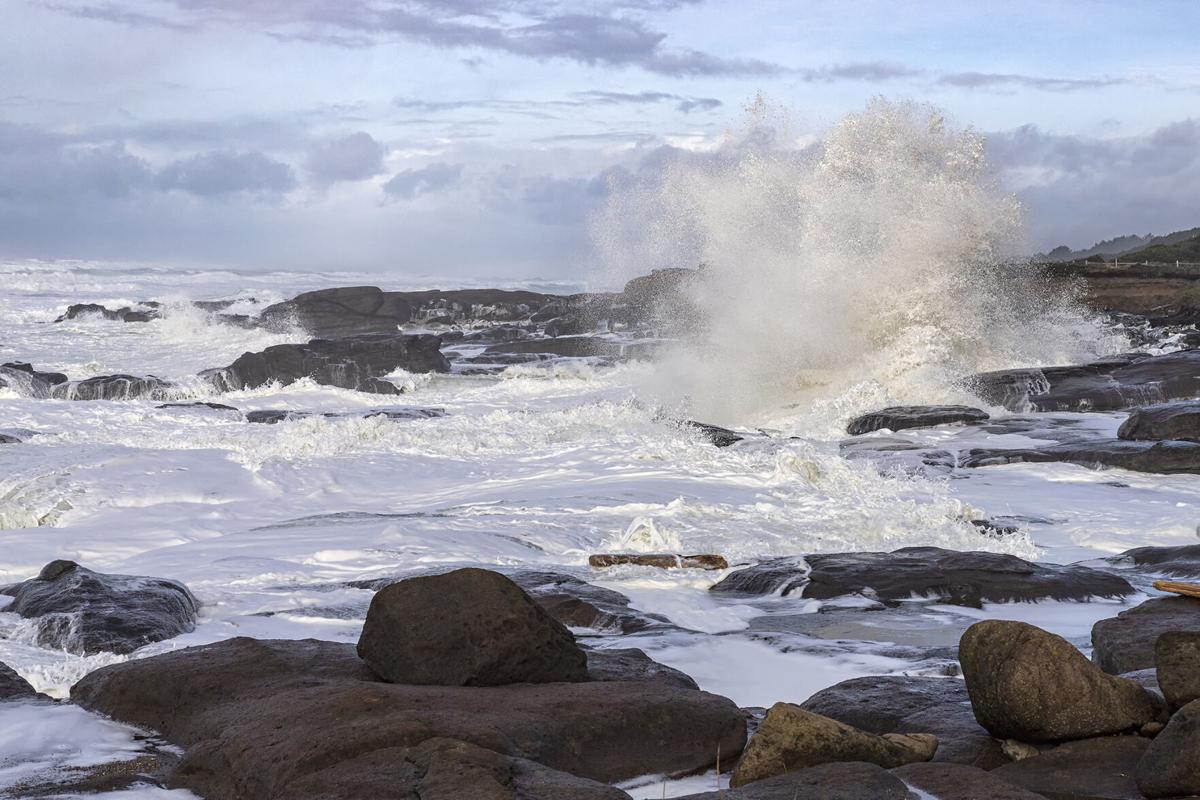 This winter’s final series of “king tides” is coming up Jan. 11-13, which means that this will be the final round for the 2020-21 edition of the Oregon King Tides Project. Every winter for the past decade, a growing army of volunteer photographers has documented the highest point reached by these highest of tides.

The camera-wielding volunteers are participating in the King Tides Project, the Oregon branch of an international grassroots effort to document coastal areas flooded by the highest winter tides. Here in Oregon, the King Tides Project has been developed and coordinated by the CoastWatch Program of the Oregon Shores Conservation Coalition, and the Oregon Coastal Management Program, a branch of the Department of Land Conservation and Development. From modest beginnings in 2010, the project has grown to the point that more than 100 volunteer photographers contributed more than 400 photos to the project’s archives last winter. Anyone with a camera or cell phone can participate.

The first two “king tides” have passed, but volunteers are needed for the third round, beginning on Monday, Jan. 11, and extending through Wednesday, Jan 13. The exact time of the tidal peak will change each day and will vary with location; on Monday, it will take place near 10 a.m. on the central coast. For information about how to find tide tables, and much else about the project, go to the website, https://www.oregonkingtides.net/.

An online warm-up session for the final round of the project is coming up on Thursday, Jan. 7, 6-7:30 p.m. CoastWatch and the Oregon Coastal Management Program will host a panel discussion featuring geomorphologist Peter Ruggiero, coastal ecologist Sally Hacker, and economist Steve Dundas. Their topic: “Optimizing the ecosystem services of Pacific Northwest Coastal Beaches and Dunes.” For more information, or to register, go here: https://oregonshores.org/events/talks-climate-beaches-and-dunes.

Thus far this winter, some 60 photographers have documented the first two rounds of high tides with more than 200 photographs. But much more need to be done to provide visual evidence of the reach of high tides along the entire Oregon coast. To see priority areas where there are gaps in overage, to go to https://www.oregonkingtides.net/participate/ and scroll down to “Where.”

Every year in early winter, high tides on the Oregon coast are higher than usual. These extreme high tides, commonly called “King Tides,” occur at a few specific times during the year when the moon’s orbit comes closest to the earth, the earth’s orbit is closest to the sun, and the sun, moon and earth are in alignment, thereby increasing their gravitational influence on the tides.

The goal of this citizen science project is to encourage Oregonians and visitors to submit photos they take of the king tides to help track sea level rise over time and reveal its impacts on the Oregon coast. Photographers are also encouraged to take photos at average high tides from the identical vantage points of their “king tides” shots, for purposes of comparison. The hundreds of photos they take reveal current vulnerabilities to flooding. Even more important, they help us visualize and understand the coming impacts of sea level rise (such as flooding and erosion) to coastal communities.

Anyone can participate by taking a photo during the peak period of a king tide, anywhere on the outer coast or along estuaries or lower river valleys. Photos that show the highest stand of the tide with reference to a man-made structure or natural feature reveal the reach of the tide most clearly. Participants then submit their photos through the project website (www.oregonkingtides.net).

The information gathered can help to guide land use regulations that can be an important component in strategies to decrease tidal impacts to coastal infrastructure, such as appropriate oceanfront or riverine setbacks, moveable development, and stormwater management. Planning for coastal hazards and sea level rise impacts now will help to prevent haphazard management decisions in the future.

To get a better view of the project, browse the King Tides photo albums by season: https://www.flickr.com/photos/orkingtide/albums. You don’t have to be a scientist to understand and help to document how sea level rise may impact places in our own communities.

CoastWatch, a project of the non-profit Oregon Shores Conservation Coalition, organizes hundreds of volunteers who adopt one-mile segments of the Oregon shoreline, monitoring these stretches of coast for both natural changes and human impacts. CoastWatch also organizes a number of citizen science projects, including the King Tides Project.