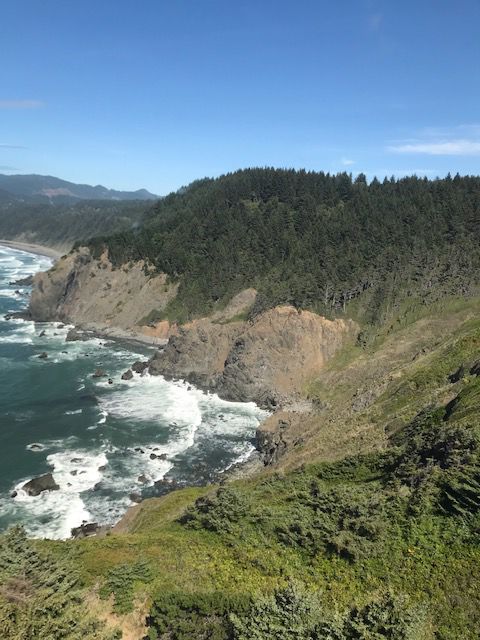 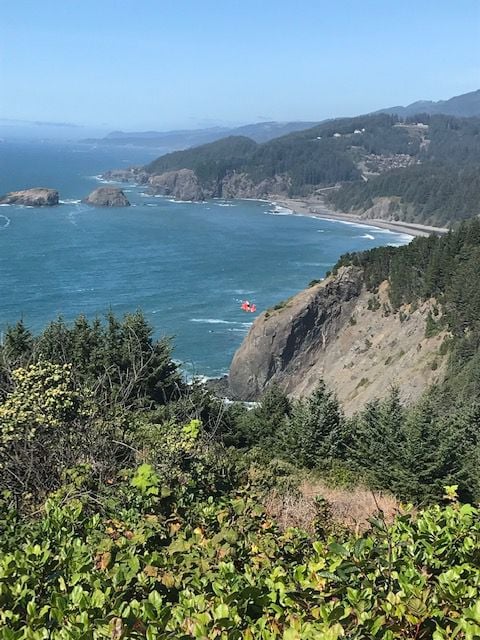 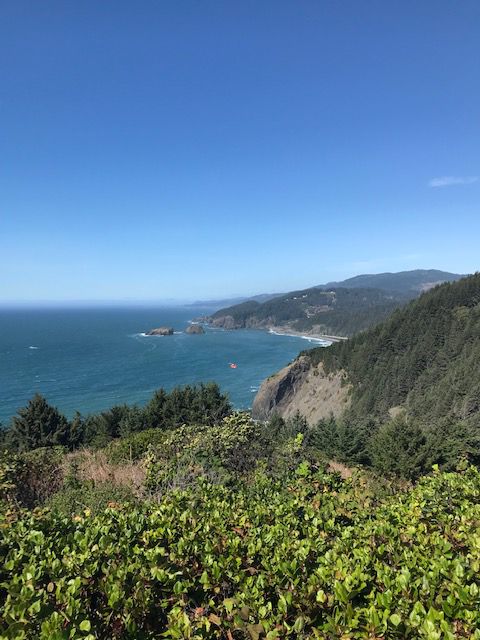 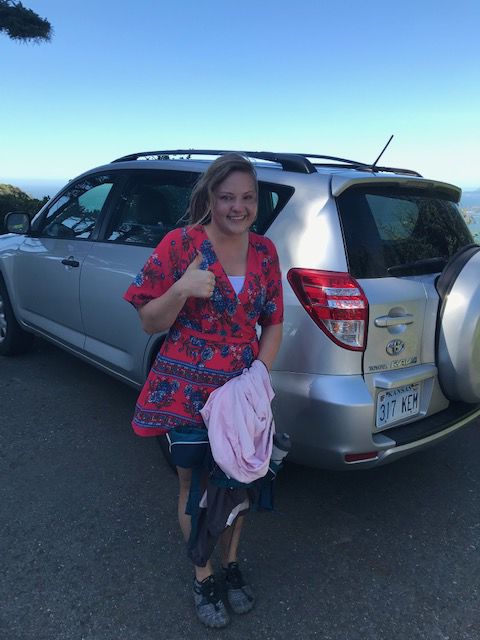 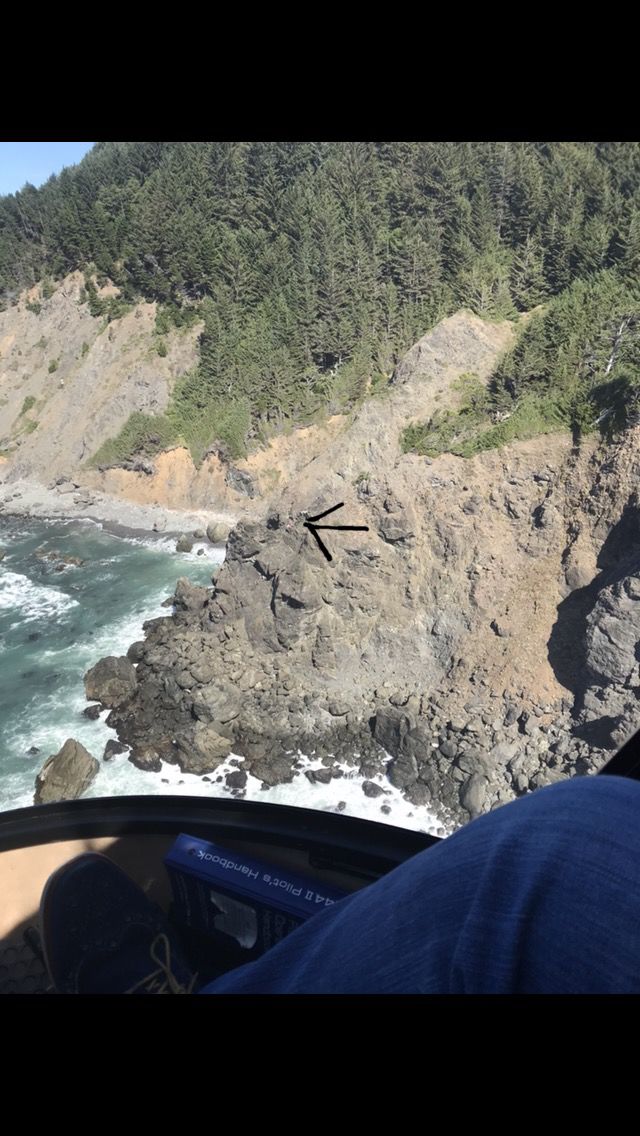 On Friday September 20, 2019 at 12:54 p.m. the Curry County Sheriff’s Office received a 911 call from twenty eight year old Callie Ellwood of Windom Kansas, reporting that she was stranded on a rock cliff after sliding down a rock embankment above the beach below.

Ellwood reported that she had parked in a wayside north of Brookings and then went for a walk on a trail. Ellwood said she left the trail and tried to go through the wooded area to see is she could make it to the beach when she slipped and slid down a steep rocky embankment. Ellwood could not give a good location of where she was or how she got there, other than she had parked her car and walked a few miles north on a coast trail.

Sheriff’s Dispatch Deputy Synthia Westerman kept Ellwood on the phone reassuring her that she would be rescued. Dispatch was able to get a general location by the 911 mapping that showed Ellwood was near milepost 351, near House Rock View Point about six miles north of Brookings.  Sheriff’s Office Search and Rescue Rope Team were called to respond to the area.

A call was placed to the USCG for assistance and they responded with a helicopter.  Sheriff’s Deputies located Ellwood’s vehicle at the House Rock view Point. Dan Brattain of Cal Ore Life Flight was called and he offered to search for Ellwood from the air.

Sheriff Ward met Brattain at the Brookings airport and within five minutes they had located Ellwood perched precariously on an unstable rocky ridgeline about three hundred feet above the rocky beach below. The LAT/LONG information was relayed to the Coast Guard and SAR.

Deputies and Search and Rescue arrived and made it to the area where Ellwood was and was preparing to make the rescue. The USCG arrived a few minutes later and notified the ground teams that they would be able to safely lift Ellwood from the cliff area.  The Coast Guard Helicopter lowered a rescue swimmer to Ellwood and lifted her off the rocks and flew her to the Brookings Airport where she was then given a ride back to her vehicle by a Sheriff’s Deputy.

Ellwood declined medical assistance but was very grateful for her rescuers.

State and local officials are issuing safety alerts about the dangers of venturing off marked trails and waysides along U.S. Highway 101.

The observation deck and trail at Natural Bridges viewpoint north of Brookings are undergoing a makeover.