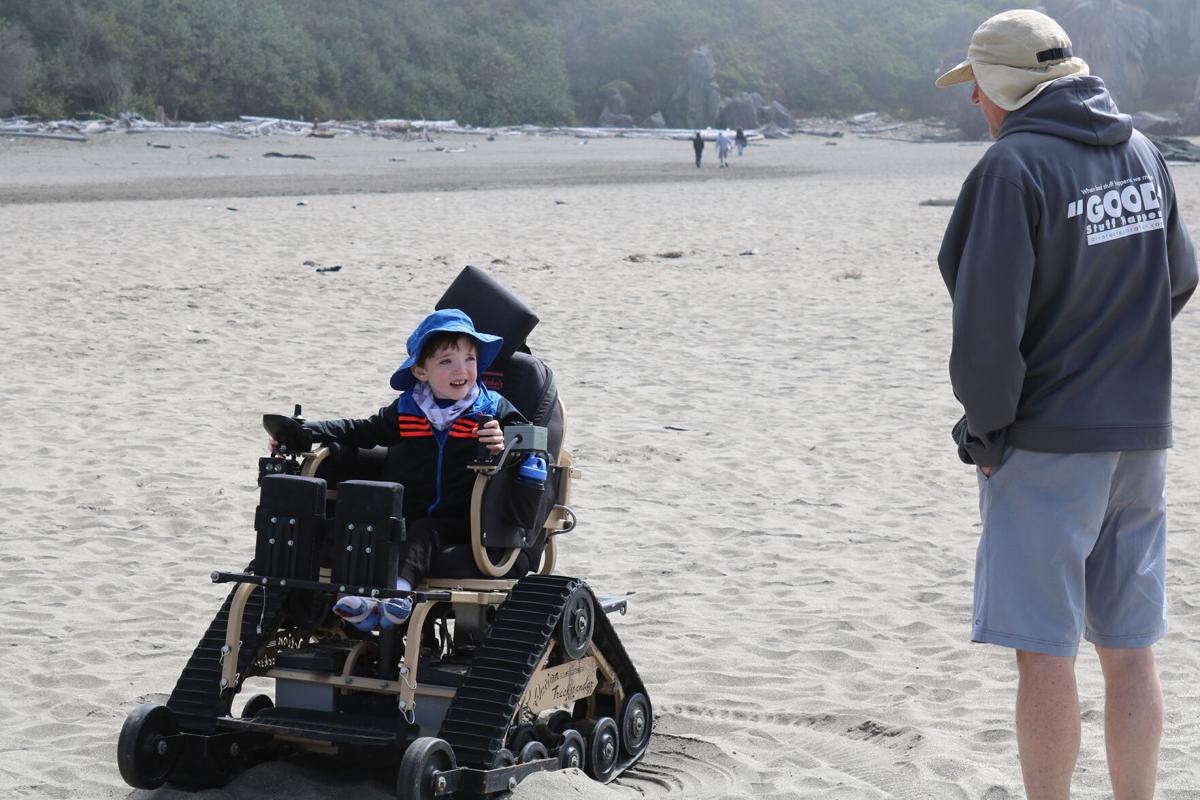 Jeremiah Rasmussen in an Action Trackchair provided by David’s Chair at Harris Beach near Brookings, with father Eric Rasmussen. 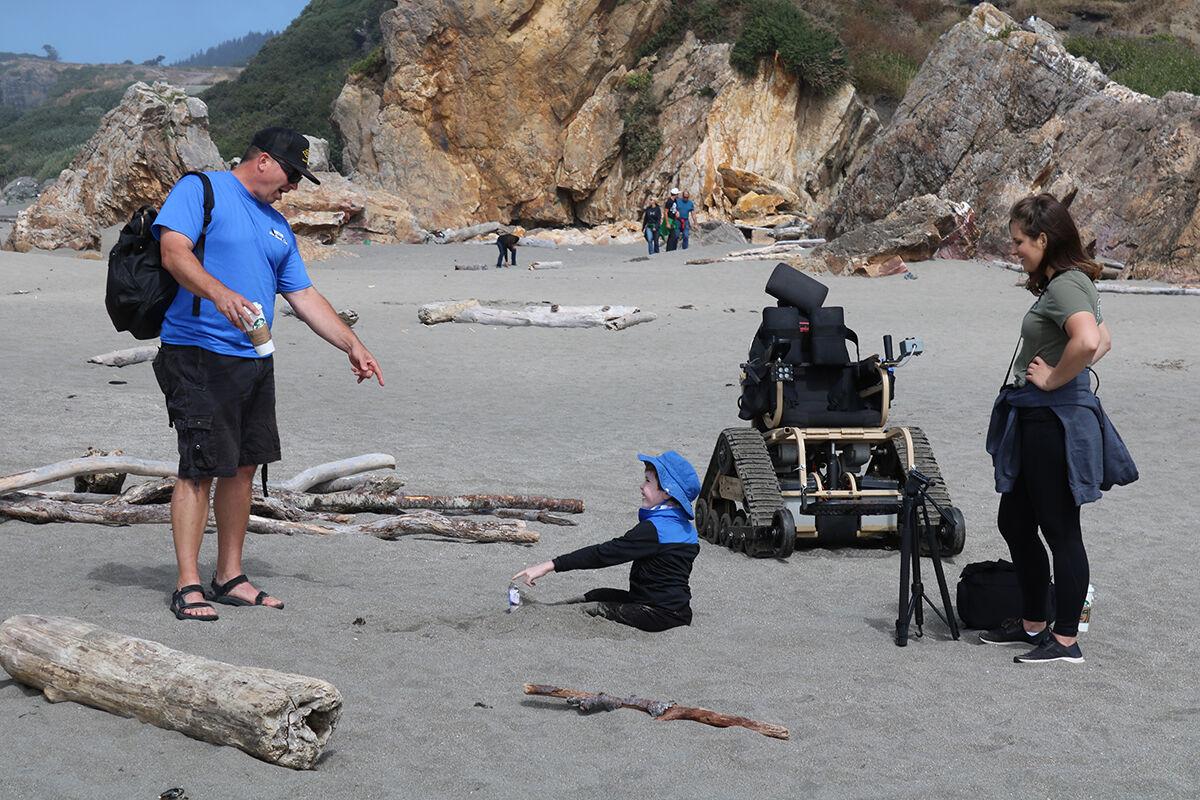 Jeremiah Rasmussen in an Action Trackchair provided by David’s Chair at Harris Beach near Brookings, with father Eric Rasmussen.

Many people take for granted excursions often not available to those with mobility impairments. For some, walks in the woods, treks in the snow or beach outings are difficult, if not impossible.

But the nonprofit organization David’s Chair, based in Medford, makes such outings possible. Last weekend the organization was again at Harris Beach State Park in Brookings, doing just that.

Twenty-some people had an opportunity to enjoy using one of three chairs brought to the beach by the organization. Harris Beach is a popular destination for the organization, which has also hosted excursions in the redwoods and to the snow. Spokesperson Natalie Weber said the group typically visits Harris Beach in the spring, but because of COVID-19, the recent outing was the first for 2020.

David’s Chair was born in 2016, not long after David Hatrick and his wife, Mary Grace, learned of David’s diagnosis with ALS (also known as Lou Gehrig’s Disease).

An active outdoorsman, Hatrick’s mobility was already diminished, making his favorite activities, including hunting and fishing, more difficult. According to an article published on the organization’s website, the diagnosis made it clear to Hatrick that his time to enjoy the activities he loved was limited.

When the shock wore off, David resolved to live what time he had left on his own terms. But how?

He learned that a track chair — a small battery-powered all-terrain tank with a chair on top — could provide him with mobility. But the chairs have a hefty price tag in the neighborhood of $20,000, and insurance doesn’t cover them.

Also, Hetrick questioned such an expense when he knew there was a limit to how long he could use such a chair. What would happen then?

As related by the organization, that concern soon yielded to a vision that other people could use the chair, too. He reached out to his friend Steve Furst and together they had a “light bulb moment.” David’s chair could allow him to remain active during his remaining days — and be available for others.

From that idea — and fundraising efforts of friends — David’s Chair was created on June 29, 2016. David died in January 2017, barely six months later and only 11 months after his ALS diagnosis.

But the organization inspired by his independent spirit has grown and now shares five trackchairs, including one designed for children. Furst is now CEO of David’s Chair and believes it is the only organization of its kind.

“We’ve had really good luck with weather,” Furst said Saturday as the marine layer at the beach gave way to sunshine and blue sky. “I think it may be David’s spirt watching over us.”

In addition to excursions such as the recent one to Harris Beach, the organization offers free check-outs of the chairs for use on vacations, field trips or whatever people might choose.

Among those enjoying the chairs at Harris Beach over the past weekend were Mark Nightingale of Washougal, Washington, and Jeremiah Rasmussen of Medford.

For Nightingale, it was a stroke of luck that he happened to be in the lower parking area of Harris Beach State Park on Saturday, Aug. 29, as volunteers for David’s Chair arrived and began to set up that morning. Fortunately, there had been a cancellation, and he was able to head out onto the beach almost immediately.

“I love it,” he said, as he maneuvered the chair close to the breaking waves on Harris Beach. “I was just randomly here,” he said with a smile.

Nightingale said he used a wheelchair with fat beach tires offered at Manzanita Beach in Tillamook County, but that the trackchair is an entirely different experience.

Although the group did not bring the child’s chair to the recent excursion to Harris Beach, eight-year-old Jeremiah Rasmussen expertly managed the controls of an adult chair to move across the sand after some assistance from his father, Eric Rasmussen, getting the mechanized chair down the ramps from the parking lot.

After exploring the beach in the chair both with and without his father, Jeremiah eventually settled into a favorite child’s pastime — burying his legs in the sand.

Autumn began Sept. 22. Are you ready for the change of seasons?

Man falls to death from cliff into ocean after branch breaks

Man falls to death from cliff into ocean after branch breaks