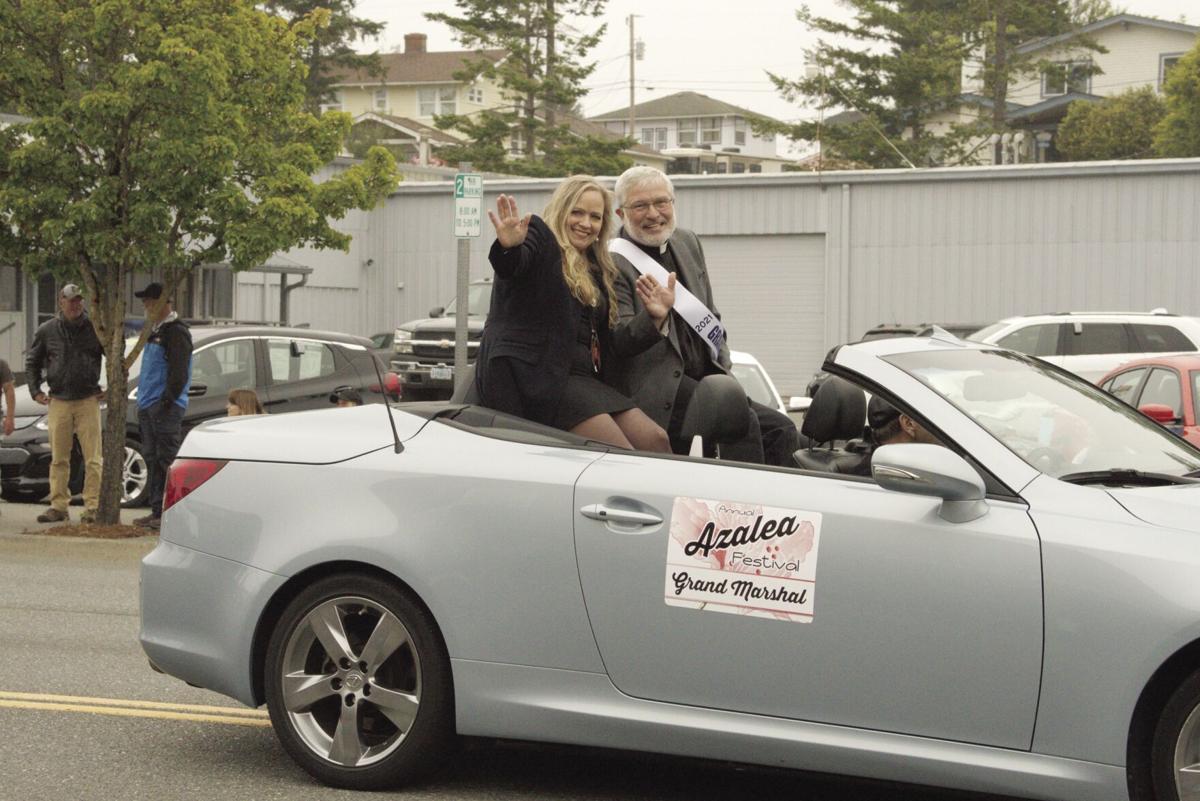 Grand Marshal Bernie Lindley and his wife Paige were near the front of the parade. 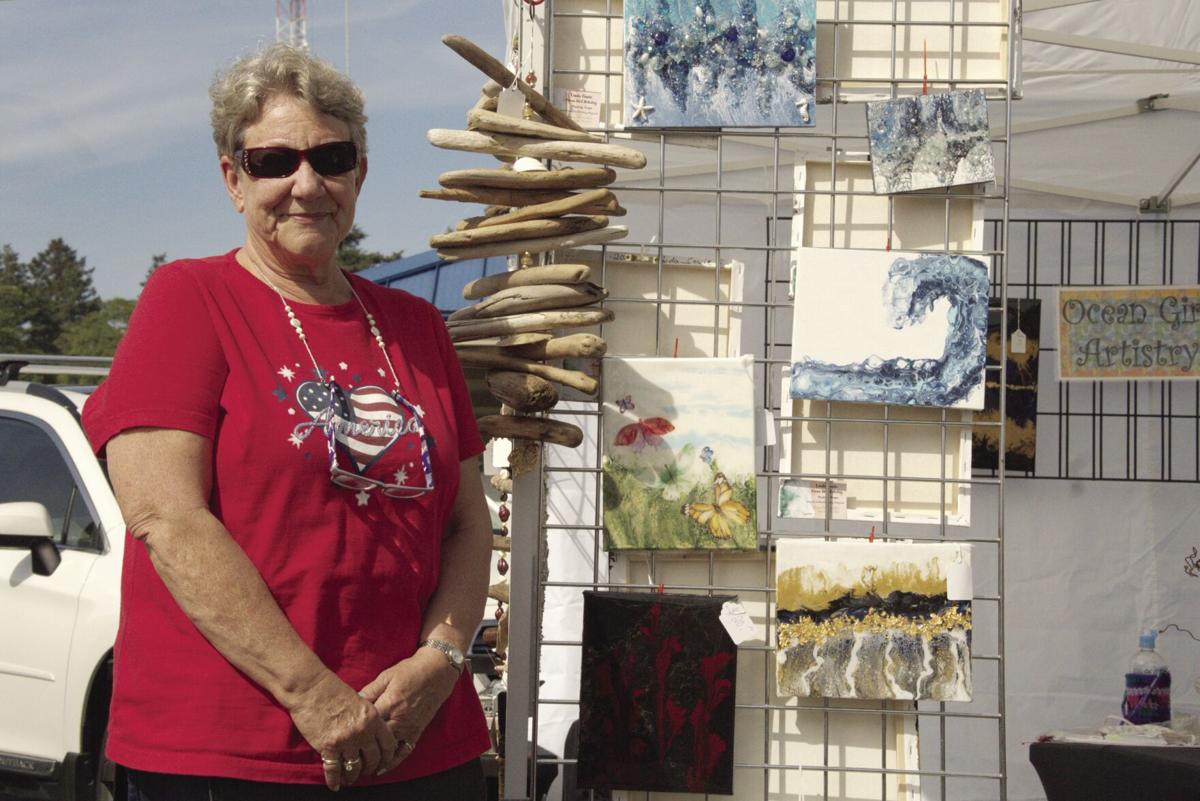 Elizabeth Cowie only recently started making art, but has sold her pieces to customers as far as New York. She displayed her art at the vendor fair. 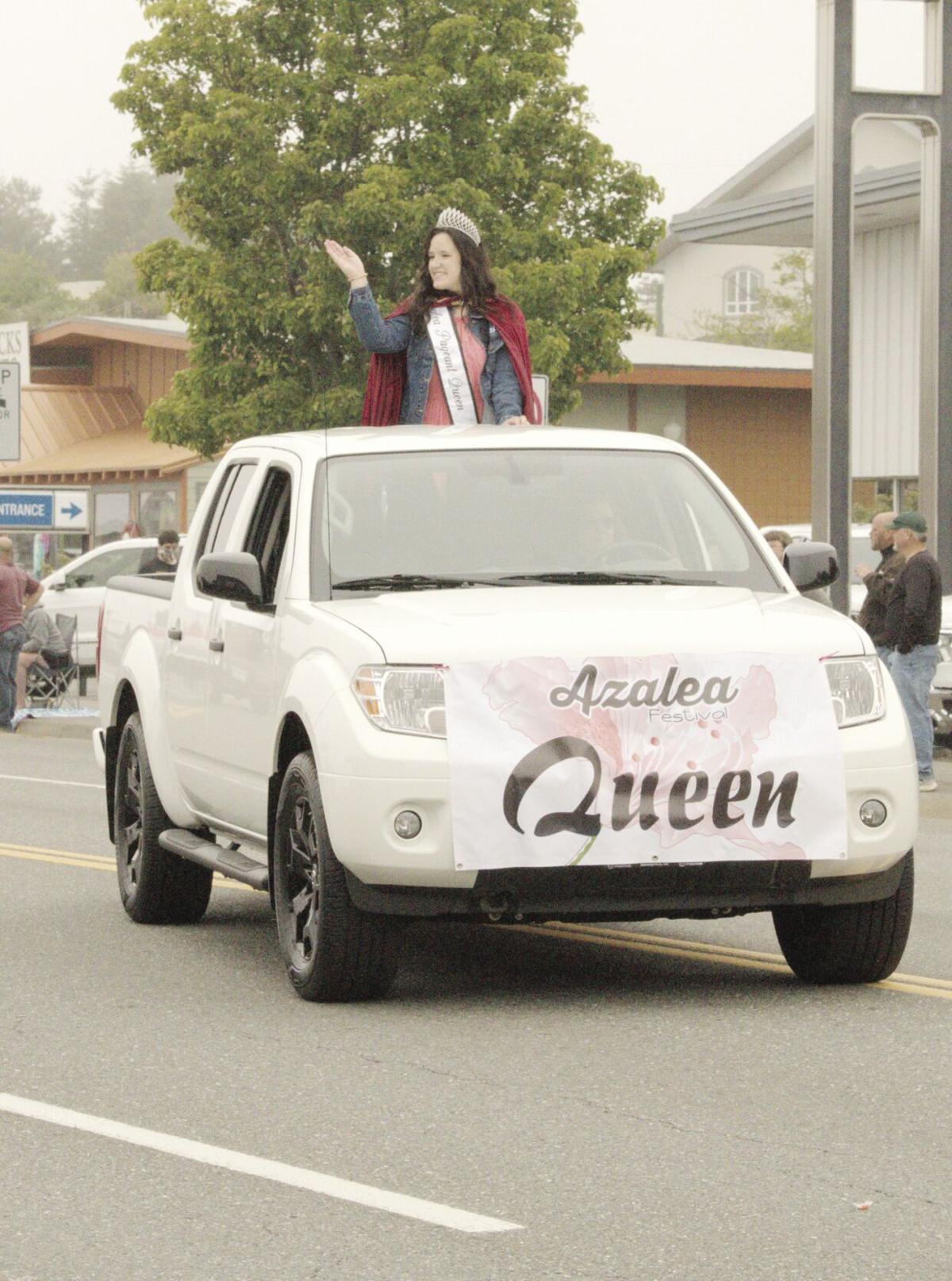 Grand Marshal Bernie Lindley and his wife Paige were near the front of the parade.

Elizabeth Cowie only recently started making art, but has sold her pieces to customers as far as New York. She displayed her art at the vendor fair.

The 82nd Azalea Festival returned to its pre-COVID glory last weekend; complete with DJ dance parties in the park, a vendor fair on Frontage Road and a parade through a thick layer of Brookings fog.

Amber Nalls, festival organizer, said customer turnout at the vendor fair more than doubled last year's, when the festival was pushed to July due to COVID-19. She said her preparations for the festival began a year in advance.

“Crazy amount of hours, crazy amount of time. If we didn’t have the volunteers and we didn’t have people putting on the events, of course it wouldn't be successful,” said Nalls. “The more participation we have; whether that’s parade participants, vendors, people wanting to do events at Azalea Park, that’s what makes it even bigger.”

In addition to the festival’s return to Memorial Day weekend, there were also three new events this year: a two-day softball tournament, a Wild Rivers Dance performance and a dance party in the park.

“We are pretty much calling it a success, considering it was our first year doing this,” said Graves.

Graves said both he and DJ Dave plan to continue the event next year.

Vendors came from as far as Los Angeles to participate in the vendor fair on Frontage Road. However, Brookings local Elizabeth Cowie of Ocean Girl Artistry did not have to travel far to sell and display her unique paintings. Cowie credits her success with a technique called “pour-painting” to Youtube tutorial videos.

“I’ve never been an artist before,” said Cowie. “I started two and a half years ago [when] I went over to a girlfriend’s house and she did this style of artwork...I’ve had so much fun. I paint on canvas, on wood, on driftwood, on trains, on electrical outlets, on rocks; anything I can put paint on.”

Cowie primarily uses acrylic paint and then seals her work with resin. She also teaches individual classes from her home and composes commissioned pieces, some of which have traveled as far as New York and Arizona.

Nalls credits the uptick in turnout to a return to Memorial Day weekend, as well as dispersing advertising across the region, which attracted many out-of-towners.

“We advertised at the radio stations up in Coos Bay, out in Medford and also in Eureka, so we got a lot more advertising out,” said Nalls.

All things considered, Nalls said the festival was a success.

“Last year was a big success, and this is even a bigger success than last year,” said Nalls.