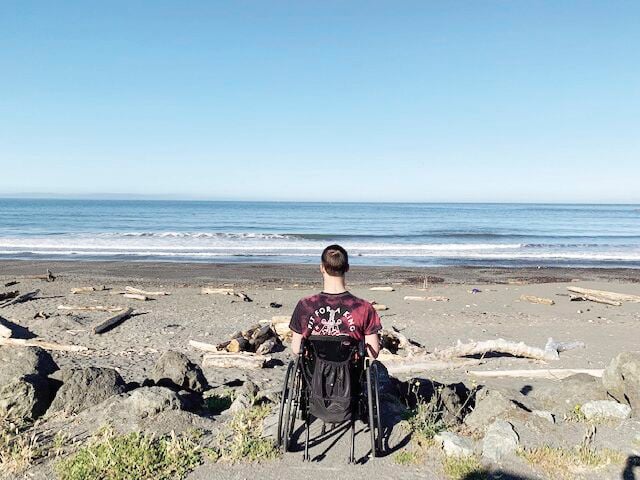 For the first time since he was paralyzed last year, Zachary Abblitt returned to Sporthaven Beach. 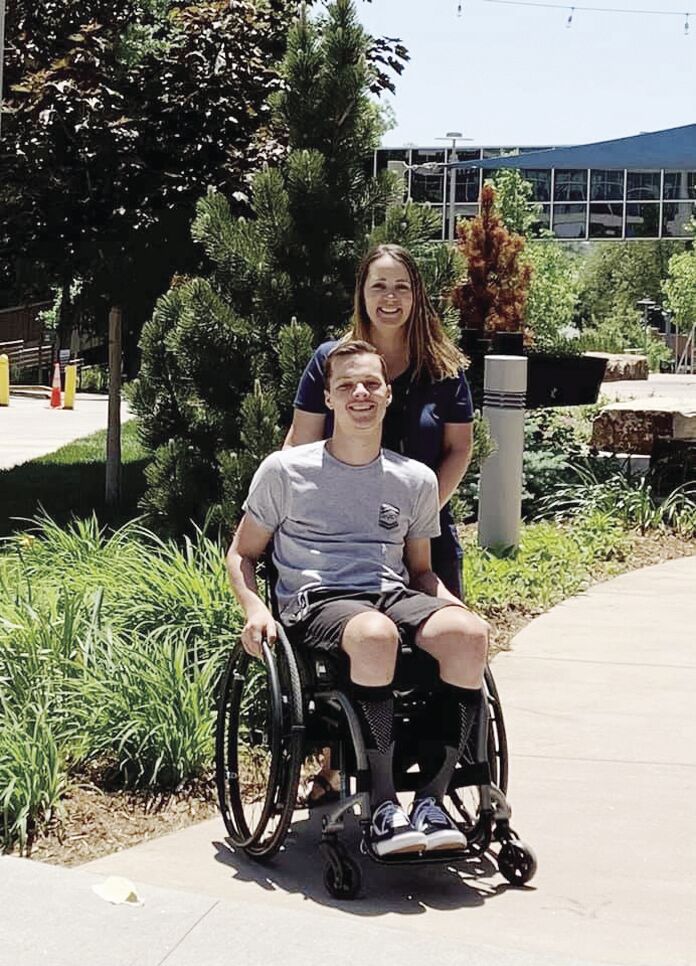 Zac Abblitt and his mom Kristi returned to Brookings on Monday after traveling to different hospitals in different states for 206 days.

For the first time since he was paralyzed last year, Zachary Abblitt returned to Sporthaven Beach.

Zac Abblitt and his mom Kristi returned to Brookings on Monday after traveling to different hospitals in different states for 206 days.

It’s been more than 200 days since Zachary Abblitt dove into shallow water at Sporthaven Beach and shattered two vertebrates in his neck, partially paralyzing him.

Since then, Zac and his mother Kristi have traveled to several hospitals in different states — most recently at Craig Hospital in Englewood, Colorado — undergoing surgeries and doing extensive rehabilitation work. On Monday, though, Zac finally returned to his home in Brookings.

Before sitting down with the Pilot for an interview, Zac revisited the beach where his life changed forever.

“It was so amazing...I was able to kind of cruise across the sand. First time in seven months that I was there...Out of everything to see, that was the one spot I wanted to go back to. I love Colorado, but I really missed the ocean,” said Zac.

Although he was at Craig for more than six months, Zac initially thought his stay would be short. As their stay was extended through community support, Zac was able to regain muscle function in his arms and wrists, as well as memorize a pertinent Bible passage — Psalm 139 — which reads in part, “I praise you because I am fearfully and wonderfully made; your works are wonderful, I know that full well.”

Zac said the verse has newfound meaning for him.

“I don’t know the purpose or the full-extent for my injury, why God is using it, but I know it’s not a mistake. How my body is right now, is exactly how God intended it to be,” said Zac.

While at Craig, Zac said he also developed lifelong bonds with his therapists and other patients. He said he plans to stay in touch with some of his patient-friends from the hospital through a group chat they dubbed the “Quad Squad.” Zac said the word quad has a double-meaning because they are a friend group of four quadriplegics.

“It was an incredible time, made a lot of friends, lifelong friends for sure,” said Zac. “A couple of guys have very similar injuries to mine, so it was very easy to relate.”

Before leaving, Zac wrote four, one-page letters to his therapists, all without feeling in his fingers.

“Each letter took at least an hour...I spent so much time I actually got this wound on my elbow,” said Zac as he pointed to a small open sore on his elbow.

In the letters, Zac expressed his faith in Jesus, which he credits for his continued recovery.

“[I] just told them how much they blessed me, and really told them [about] #zacsHope and the meaning behind it. My hope is Jesus… I wanted to make certain that I left an impression that that’s what they knew about me,” said Zac.

#zacsHope is a social media hashtag the family made to support Zac’s recovery. It’s also the title of their crowdfunding page on givebutter.com.

As they return to their home, Kristi said they are navigating new challenges, such as living in a home with multiple levels. She said they were able to lift Zac to the second floor, where he has access to his bedroom, a bathroom and their kitchen, but he had not yet gotten up to the living room, one floor higher, and would also need help to exit the house.

Despite layout challenges at his longtime home, Kristi said Zac has remained positive.

“He’s joyful, he cracks jokes, and I think he’s hopeful, too, and willing to be flexible to figure out how to make this home work for us for this time period,” said Kristi.

Kristi said they are in the process of finding a new home with more wheelchair accessibility for Zac. She said the support from the community has been overwhelming, and she also credits God for the continuation of Zac’s recovery.

“God has sent us on a surprising journey, but he has not abandoned us, and it's a course we know He’s set, and we're not afraid of it, but it takes a strength of heart to move through it,” said Abblitt.

Going forward, Zac said he is excited to relearn how to play his bass guitar, but he is mostly eager to attend in-person church services again at Calvary Heritage, where his father is the pastor.

To donate to Zac’s recovery, visit: https://givebutter.com/ZacsHope. For updates on Zac, visit https://www.facebook.com/groups/zacshope.