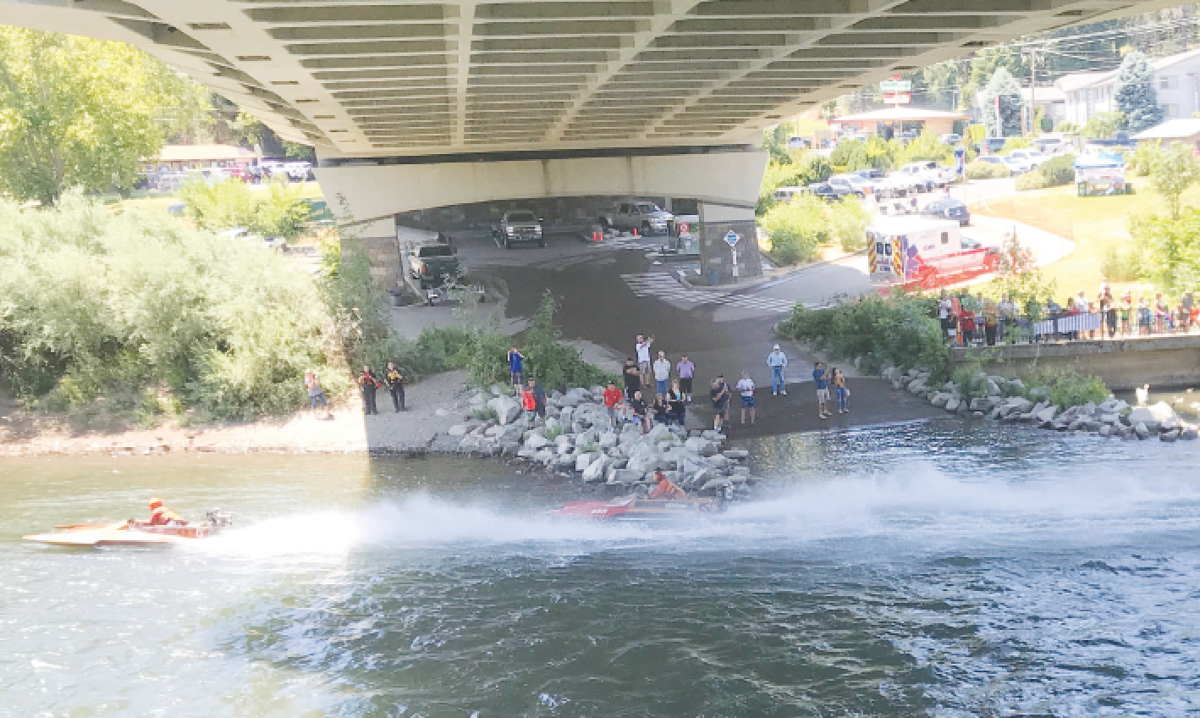 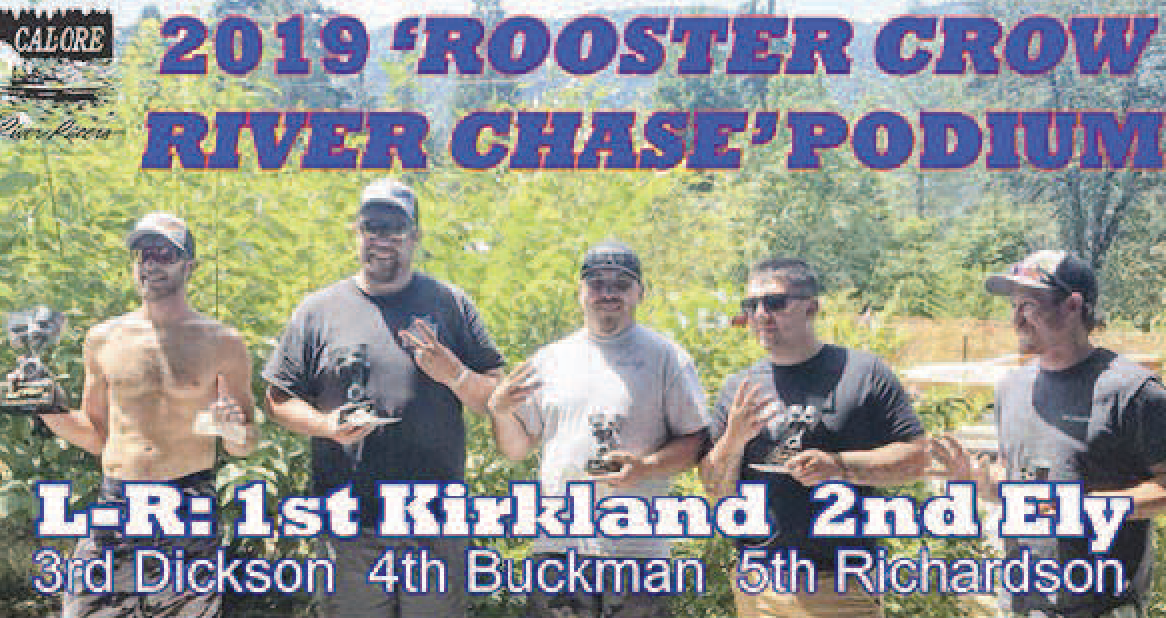 Cameron Kirkland of Grants Pass, Oregon in the ‘Sunworks’ #68 hydroplane raced his way back into the winner’s circle for the first time since August 2017 by winning the Rogue River ‘Rooster Crow River Chase’ race Sunday on the Rogue River.

Kirkland came from behind in the 3-lap race to finish first in the last 4-legs to hold off hard chargers Dereck Ely (#85), Michael Dickson (#48R), Robert Buckman (#05), and Ryan Richardson (#23) for his third win of his career.

“I was pumped as I only got one run in with this powerhead and the river was good, but there were a couple of green rollers that popped up out of nowhere. But, it felt good to cross the finish line with the checkered flag.”

Thirteen boats entered the day, and 8-finished as Jesse Reinhart (#17), making his first run of the season, led the field and took a sizeable lead on the first-2 legs, but encountered motor problems and dropped out to begin the 3rd lap.

The racers were in a shoot out most of the day trying to run down Kirkland, and the racing was tight, but to the liking of 3rd place finisher Michael Dickson (#48R) of Willow Creek who made his third Podium of the year, “It was pretty cool seeing a different boat in a different position every leg. It was definitely good racing, and that’s what it’s all about, close tight racing.”

Three time reigning series defending champion Roger Sanderson (#B200) was not in the race as mechanical problems during testing last week prevented him from making the trip from Hoopa, California. Sanderson entered the weekend leading the ‘High-Point’ Standings with a 988-point lead over Ely, who earned his third 2nd-place trophy, yet still is seeking his first career win.

The Cal-Ore series heads to Gold Beach July 6-7 for ‘The Lower Rogue Challenge’ race on the Rogue River with the pits headquartered at Huntley Park. There are 3-remaining races on the circuit and you can follow online at: www.caloreriverracers.com