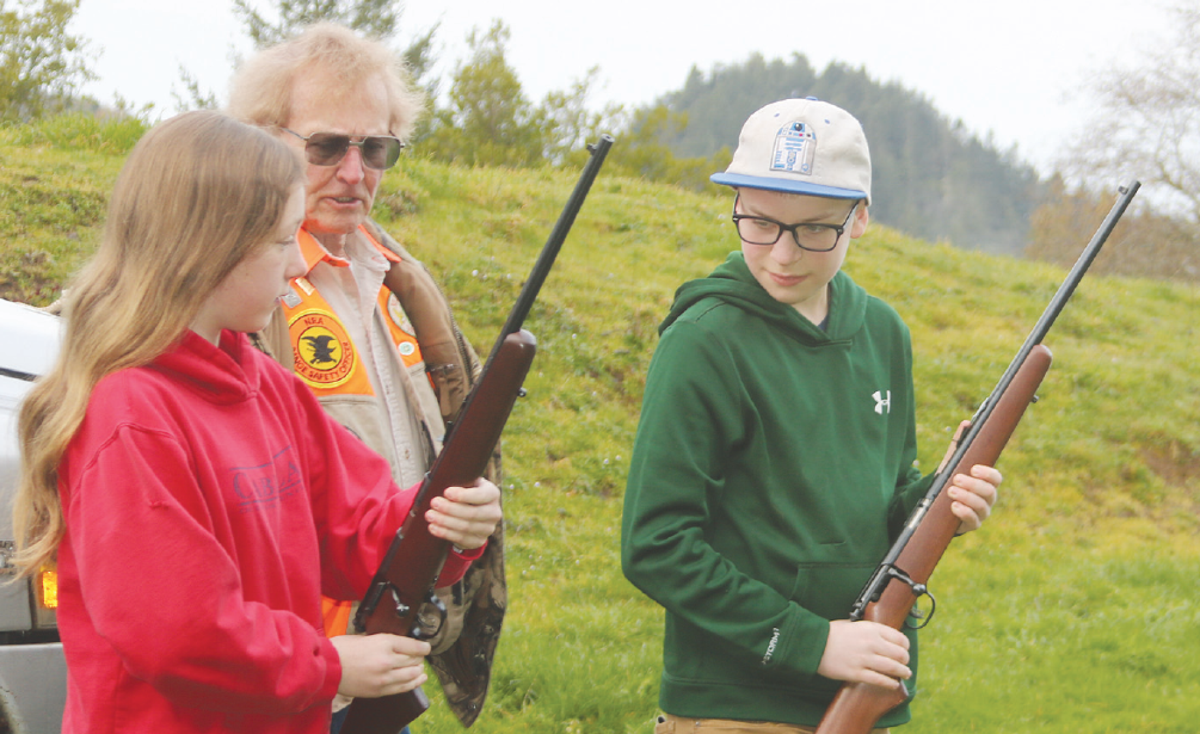 Sunnie Dimmick (left) and Braden Curtis receive instruction from Jock Headlee about how to correctly cross through a fence with a hunting partner. 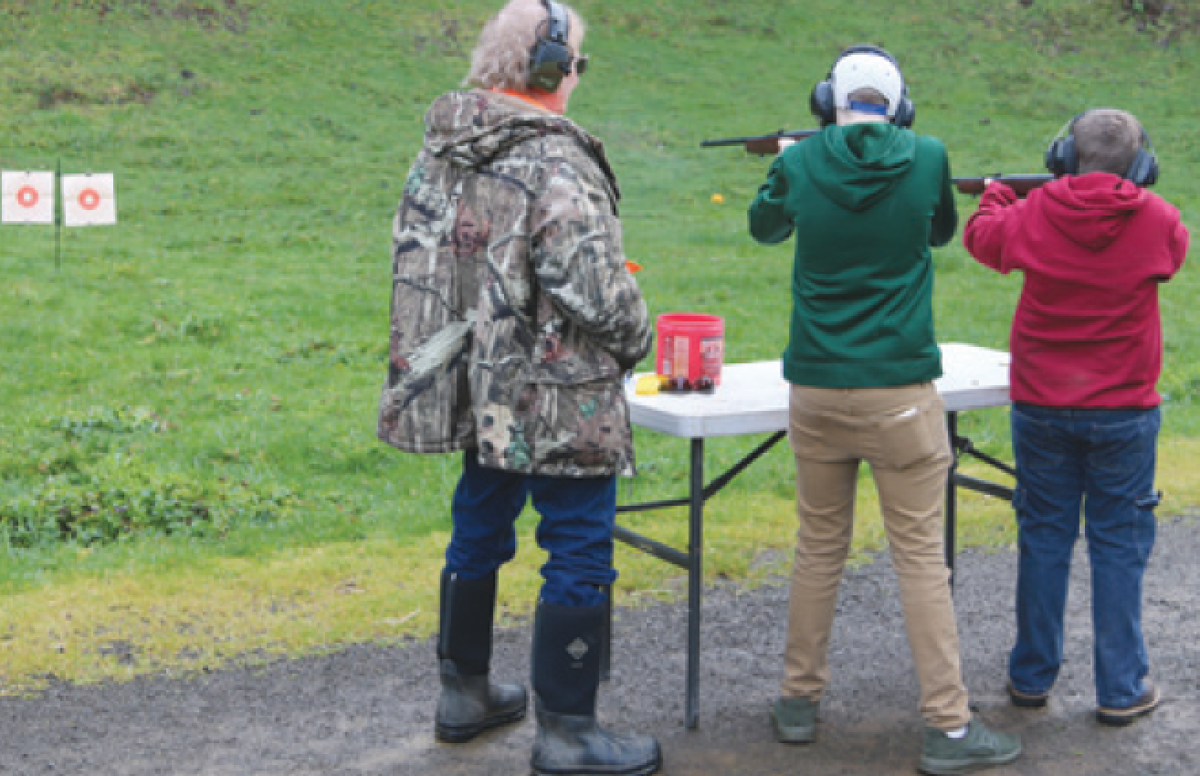 Braden Curtis (center) and Collin Pendleton take their turn at shooting under the supervision of Jock Headlee (left).

Sunnie Dimmick (left) and Braden Curtis receive instruction from Jock Headlee about how to correctly cross through a fence with a hunting partner.

Braden Curtis (center) and Collin Pendleton take their turn at shooting under the supervision of Jock Headlee (left).

The field day was the last step before receiving certification, which enables youth age 17 and under to obtain a hunting license, and adults to learn the basics of firearm safety and qualify for a concealed weapons permit. Debbie Rotter, one of the adult students, took the class because she was interested in buying a gun, but had never fired one before.

The group met for breakfast at 7 a.m. at Indian Creek Cafe in Gold Beach, then headed into the hills on private property above Indian Creek. They learned how to safely take a rifle out of a vehicle’s gun rack; cross through a fence with a rifle, by themselves and with a hunting partner; and how to safely load and shoot a .22 rifle. Firing a shotgun was an optional opportunity.

“A bullet will go right through this truck,” Headlee pointed out. Students were instructed to always keep the barrel of the gun pointed up while taking it out and putting it back in the rifle rack. “Place the rifle in the rack upside down because it could fall out if the vehicle hits a bump,” Headlee said.

“This is important,” Headlee said before the fence crossing exercises. “People get shot crossing fences all the time.”

During the partner exercise, students were taught to unload and later reload their guns while always standing back to back. One partner holds both unloaded guns while the other crosses through the fence. Students also practiced crossing through a fence without a partner.

Finally, it was time to actually shoot the rifles.

Student Collin Pendleton hit the kill zone of the target with all five of his shots, although hitting the target at all wasn’t actually a requirement for passing. Handling the guns safely was the key takeaway. Each student in the class shot five rounds with a .22 rifle.

“Good job! Remember a deer heart is this big,” Headlee said about all the students’ efforts, holding up his fist. “Those are all dead deers,” pointing at all of the students’ targets.

Two students, Braden Curtis and Sunnie Dimmick, also opted to shoot the 20-gauge shotgun. Curtis, who will be going turkey hunting soon, opted to try the 12-gauge. Each student in the class received a temporary certificate, hunting hat and hunting knife at the end of the class.