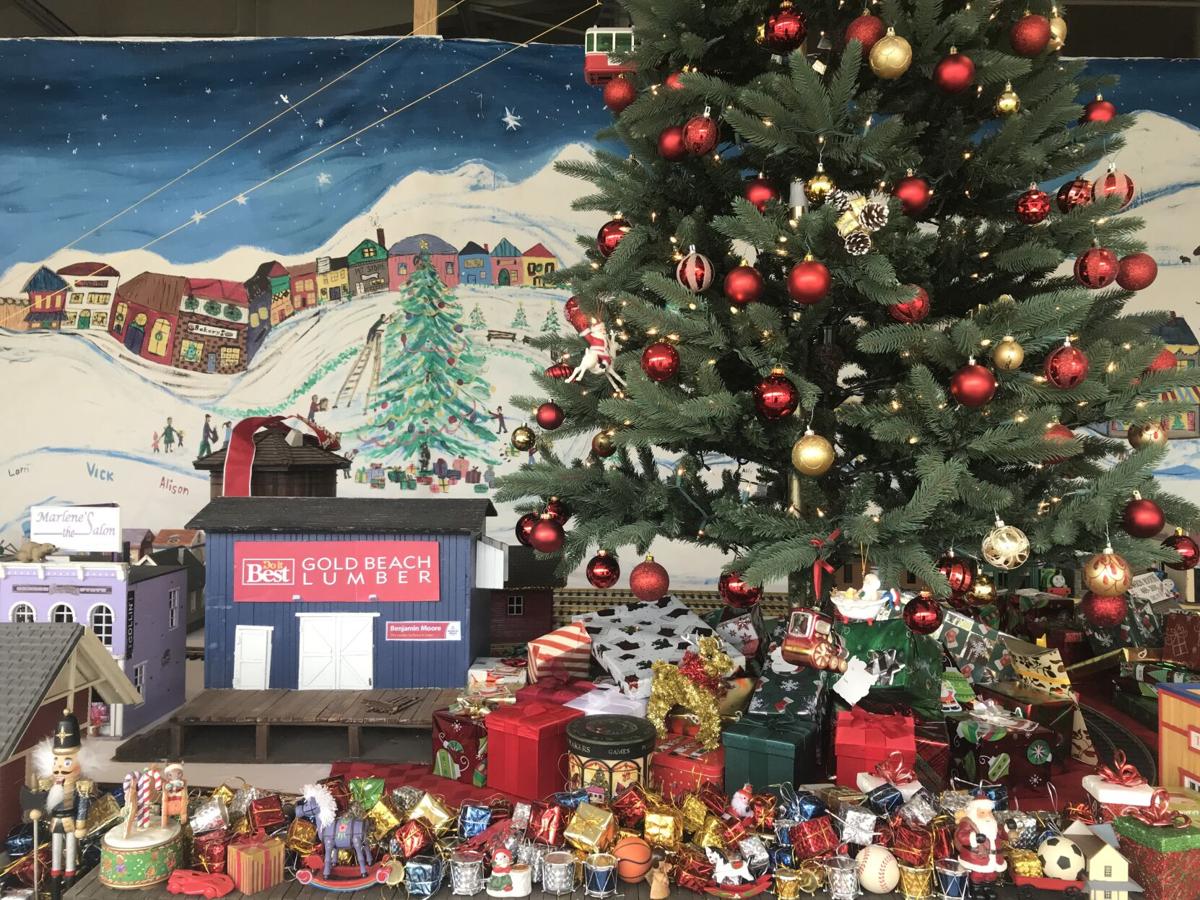 A trolley travels into the top of the Christmas tree from a village with replicas of local shops. 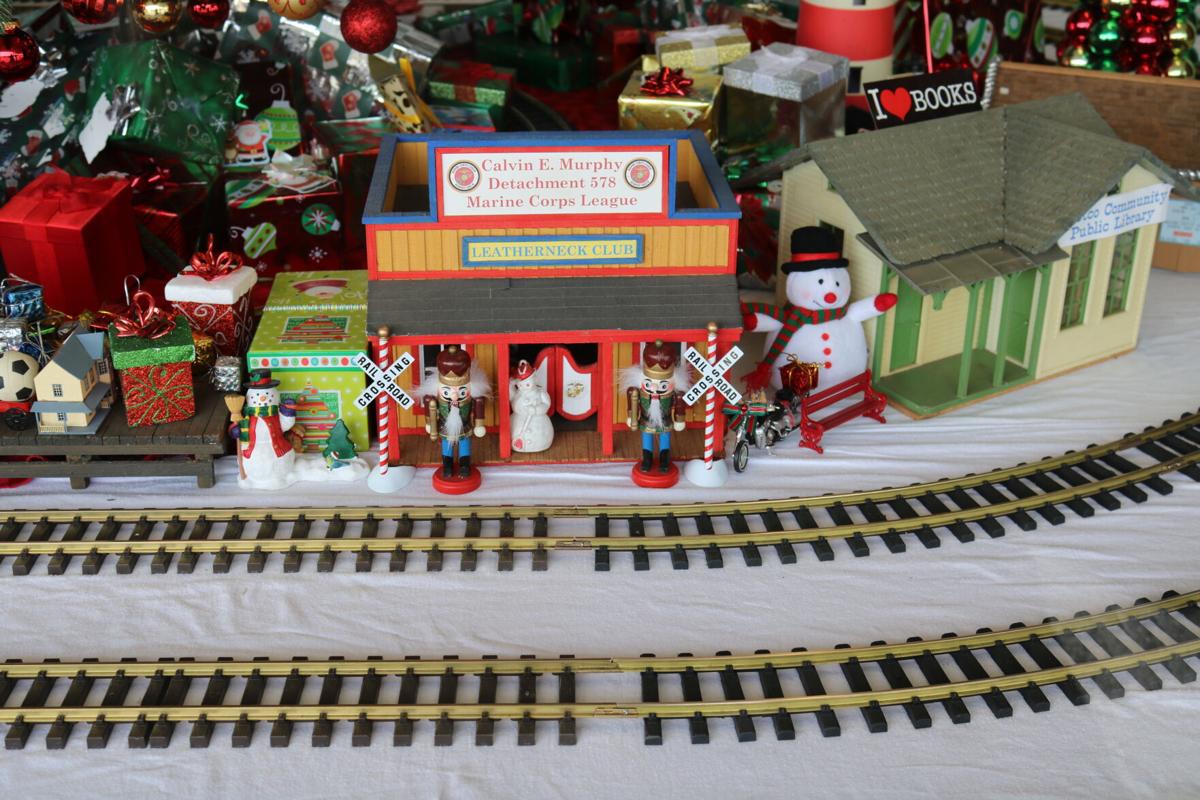 Local landmarks dot the landscape in the Christmas village served by the Stout Railway. 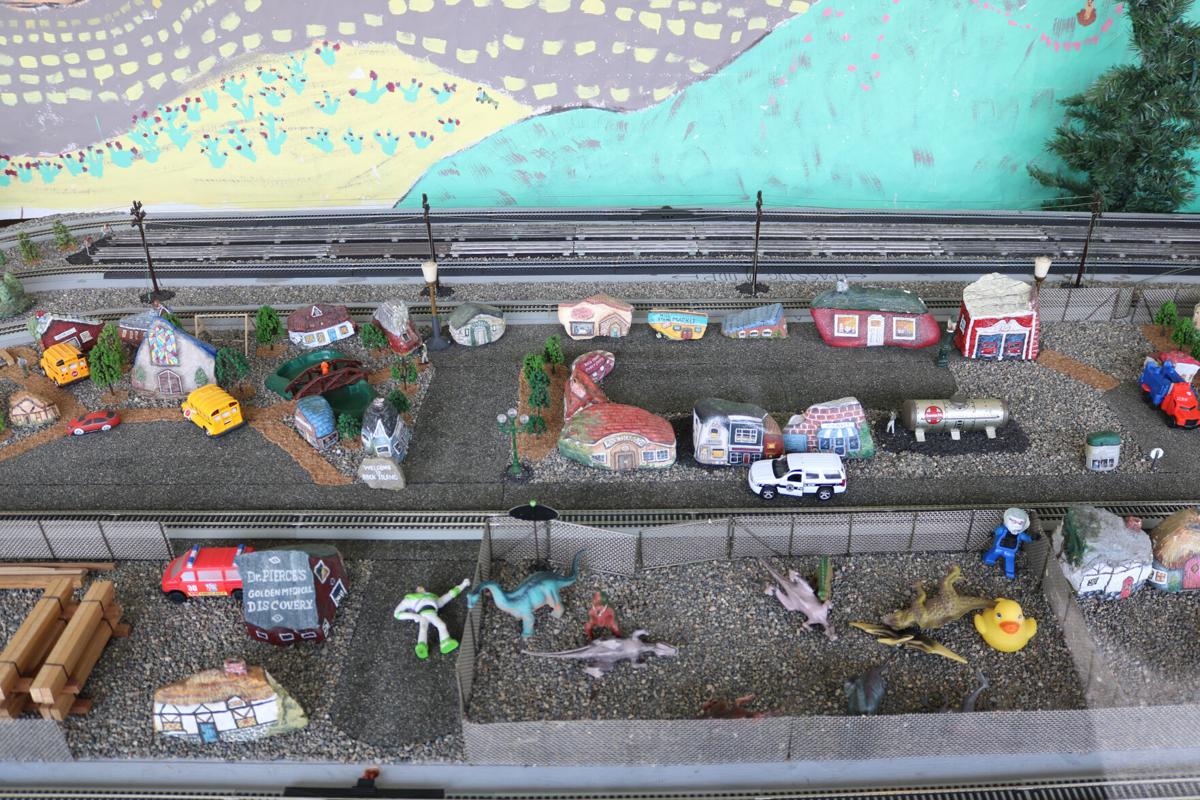 The Flintstones meet the Jeffersons amongst dinosaurs and stone houses. 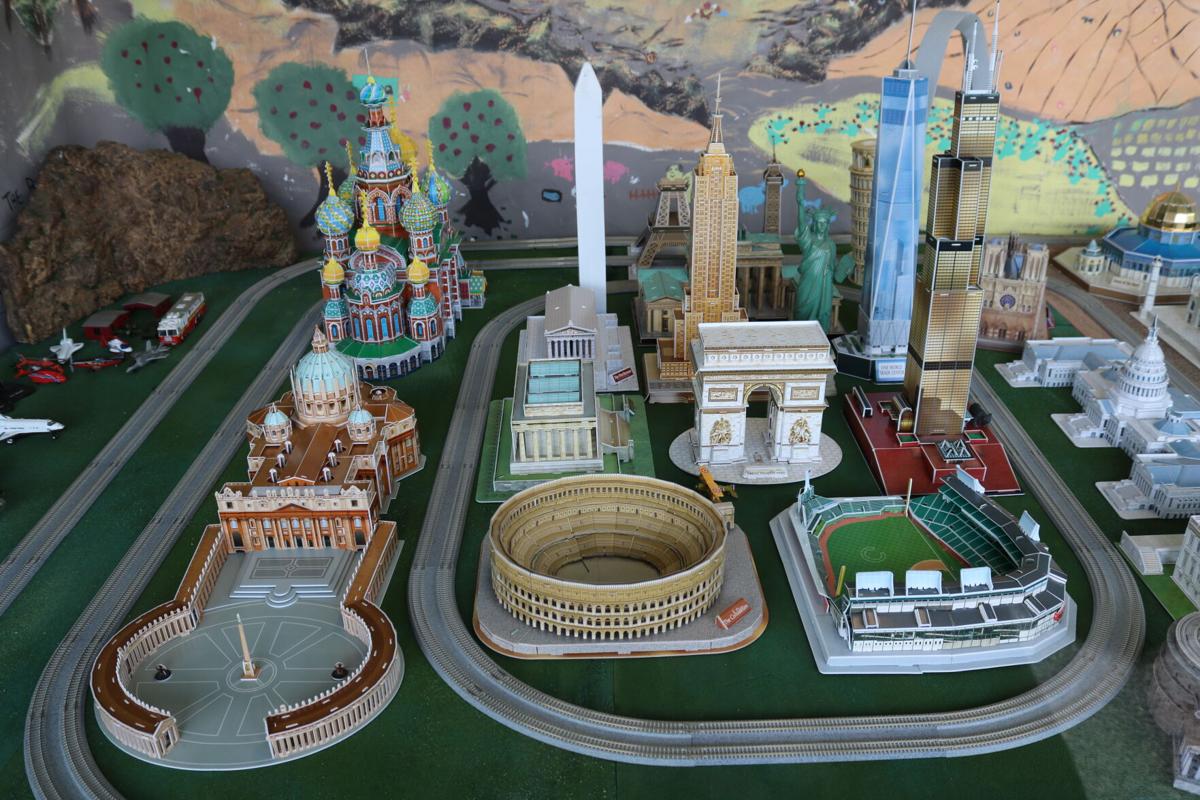 A trolley travels into the top of the Christmas tree from a village with replicas of local shops.

The Flintstones meet the Jeffersons amongst dinosaurs and stone houses.

Tony Parrish is back laying track this week for the Stout Mountain Railway Christmas display, a Brookings tradition for 13 years.

This year has provided a few additional challenges to meet social distancing requirements in designing the theme, Playground of Imagination. The model railroads will span across 100 feet of window front in the Brookings-Harbor Shopping Center and will run from 2 to 6 p.m., Dec. 12 through 24.

The first hurdle to overcome was to change the height of all the sawhorses underneath the train tables so they would be level with the window ledges.

Usually the train displays are in the middle of the room, which allows Parrish to walk around the displays to clean the tracks and make adjustments, but that’s not the case this year with the model railroads close to the glass with just enough wiggle room for him to get in between if he needs to make any adjustments.

Each of the window displays also needed a mural backdrop to screen the displays from the wide-open former grocery store background. All the controllers for the different tracks are lined up behind the murals.

“Last year, the murals went around the displays,“ he said. “This time it’s all one-sided.”

The displays encompass all the different railway scales. The G-scale railroad has a cable car that climbs up into the Christmas tree, along with five rows of tracks that wind through a Christmas alpine village that has stores familiar to Brookings residents with piles of brightly wrapped packages under a large tree.

“People keep bringing us collections and things, so we try to add something new each year,” Parrish said.

The next window vignette contains the HO scale model with some old time downtown buildings, including a butcher shop, and a farm that has a tornado.

The Z scale train model track is set on an island with the Brooklyn Bridge. In another set, a trolley starts at the south shore of Chicago and travels to the other side of the lake.

Next are the Driftwood Mountains that run along the ocean shore with giant starfish and seashells in the sand. Next is the N-scale railroad created with 3-D puzzles that have hundreds of little pieces that go together without glue to create a collection of national landmarks.

The imagination continues to run wild in the next display.

Dinosaurs wander between rock buildings that were painted by the Tuesday Tolers, a group of painters from back in the early ’90s.

On Wednesday, he still had a few more trees to decorate, more backdrops to install and burlap to drape below the windows. Then he’s ready to bring the trains and try to hook up some Christmas music to the sound system.

It’s just Parrish putting up the display this year. It’ will be the 10th year at The Shopping Center. The owner of the shopping center gave him the section with the most window space to give enough distance for people to stay apart.

“It’s open air - it won’t be too crowded, and you can actually sit in your car and see it, especially after dark and it’s all lit up,” he said.

Donations can be deposited in the former video drop slot.