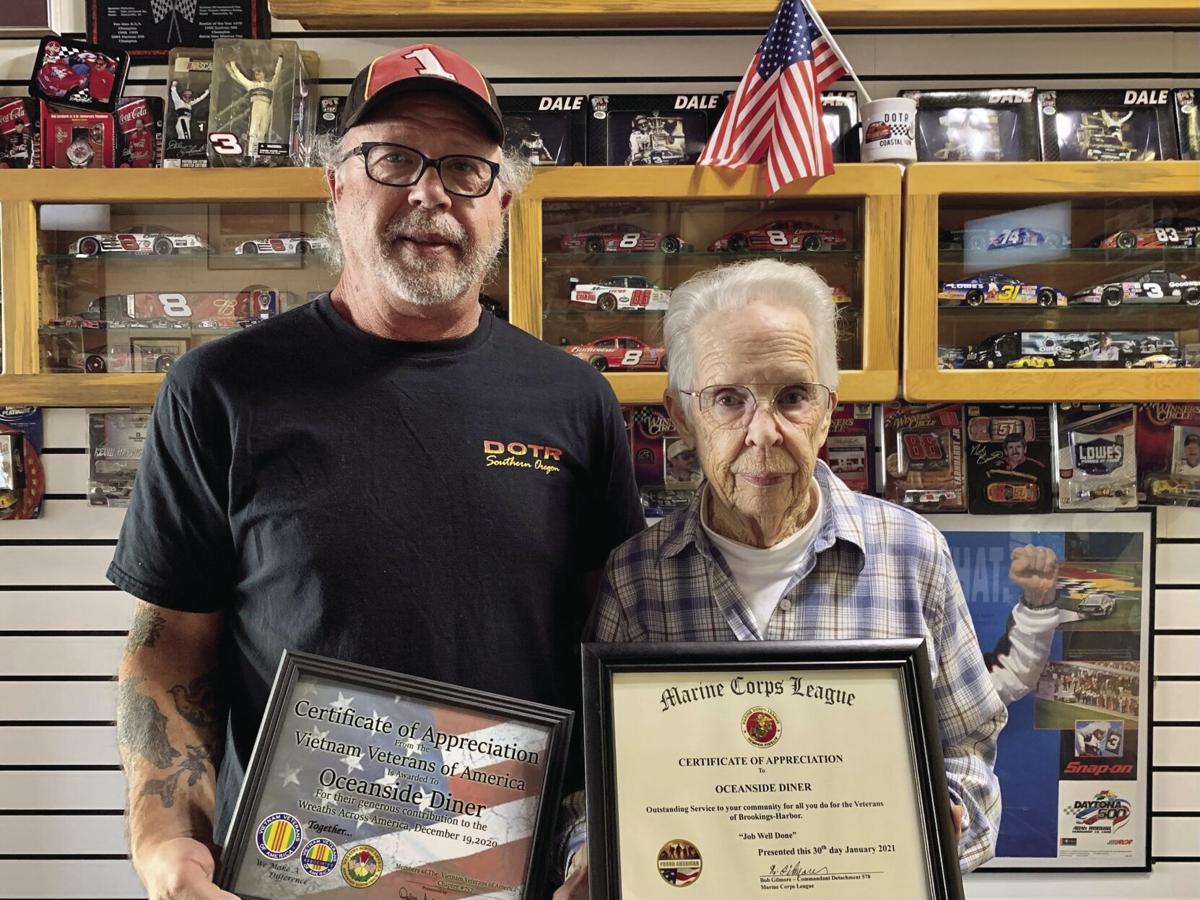 Harriet Opsahl and Cornelius Daigan have run the Oceanside Diner in Brookings for 23 years. 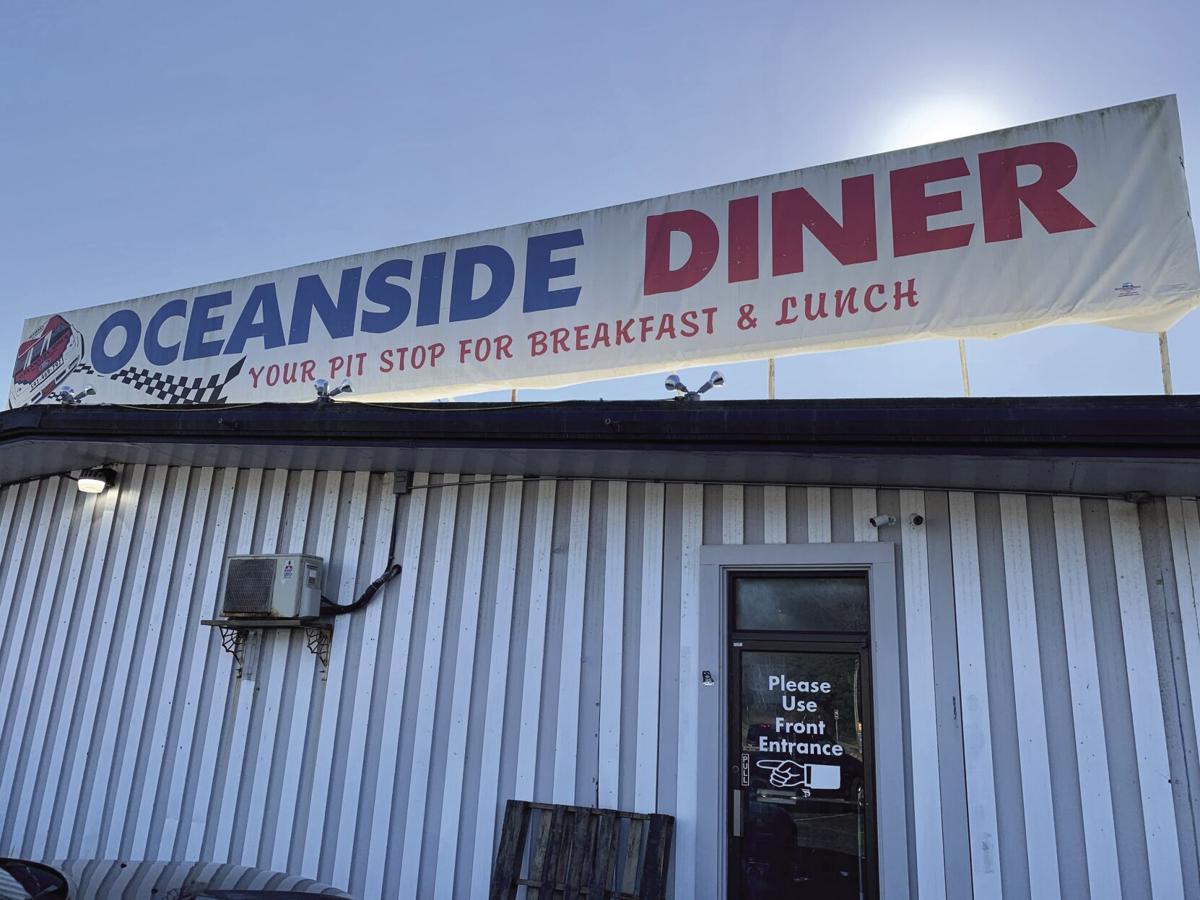 The Oceanside Diner on Lower Harbor Road has been a staple for early morning eaters for years.

Harriet Opsahl and Cornelius Daigan have run the Oceanside Diner in Brookings for 23 years.

The Oceanside Diner on Lower Harbor Road has been a staple for early morning eaters for years.

But for Harriet Opsahl and Cornelius Daigan Jr., the number’s been a career in the making.

The pair have been serving up diner fare from Brookings’ Oceanside Diner for 23 years, making a name for themselves among a community of fishermen, river guides and other early risers by opening their doors each day well before sunrise.

“That crowd needs somebody,” Daigan, the restaurant’s chef, said of the choice to focus on serving the crack-of-dawn clientele.

COVID-19 has been hard for the diner, like it has been for all restaurants, but Opsahl and Daigan have been appreciating the recent loosening of restrictions and have continued to find ways to serve their community through it all.

“The servers got laid off in March when we started this,” Opsahl said. “We’ve never been shut down before. So, I can’t think of anything like this.”

Now, it’s just the two of them who open and run the restaurant each morning.

Their culinary careers began together in Del Norte County: After several decades as a teacher in Riverside, California, Opsahl moved to Smith River. There, she began working for an area nonprofit job connector program.

Meanwhile, Daigan, a Crescent City native, was also making a career change: After years as a logger and commercial fisherman, he enrolled at San Francisco’s California Culinary Academy.

He got some big-name job offers, but said he decided to turn them down.

Eventually, he found Opsahl’s nonprofit was hiring a coach to lead a kitchen crew at Pelican Bay State Prison and applied for the job.

“I didn’t know anything about restaurant work,” Opsahl said. “I’m a teacher.”

The pair took over the staff dining at the prison and soon found they wanted to work somewhere they could make their own rules.

“We just wanted our own place,” Opsahl said.

So, they launched the restaurant. It’s moved around several times, including a stint at the golf course, but has been firmly settled on Lower Harbor Road for the last five years.

Since then, they’ve reduced the restaurant’s hours to just breakfast between 4:30 and 11 a.m. They’ve seen river guides retire and out-of-state fishery workers come and go, but the need for hot, early breakfasts has remained.

Another Oceanside Diner tradition has continued, too. Opsahl and Daigan are reserved about it, but the evidence is visible between walls and shelves full of NASCAR paraphernalia.

Tucked on one shelf is a collection of military challenge coins. One from the Marine Corps, another from a veteran of the Army’s 82nd Airborne Division. Another from a Vietnam War Medal of Honor recipient.

And on a wall across the room lies a certificate recognizing the diner for a “Job Well Done,” presented by the local detachment of the Marine Corps League.

“They’re always behind the veteran’s community,” said Bob Gilmore, the detachment’s commandant. “This has been going on for years and years.”

According to Gilmore, the restaurant has made a habit of supporting veterans’ events in the community, most recently donating food for volunteers of the Wreaths Across America ceremony in December.

And even in tough times, like the pandemic which for a time limited the diner’s fare to “breakfast in a box,” the diner gives out free meals to visiting veterans (or donates the money they leave behind, if a veteran won’t accept a free meal).

For Opsahl and Daigan, serving the community is just part of running a business, a responsibility they and other restaurants take up when opening. And they’ve made a point of putting veterans at the center of that.

“The veterans basically are our heart and soul,” Opsahl said.

For Daigan, the rationale is personal. He was raised by two World War Two veterans, he said.

“They both said if I wouldn’t join, I needed to support somehow,” Daigan said.

So, he and Opsahl have used what’s at their disposal – eggs, hashbrowns and other diner favorites – to show their appreciation for veterans who’ve returned home.

And the veterans are always appreciative, Daigan said, sometimes returning to the diner to express their gratitude for the free meal.

While their business took a hit when the state shut down for the COVID-19 pandemic, the summer months were full of out-of-state visitors, and they’ve seen an increase in guests since Curry County has reopened for dine-in meals.

Opsahl and Daigan are optimistic they’ll weather the pandemic, and don’t plan to stop donating food along the way.

Retirement is on the horizon someday — but it could be a while.